BARCELONA -- MWC19 -- With data demand doubling every two years, Telefónica is beefing up its network with new equipment, spending 200 million ($227 million) on a network upgrade that includes equipment from Juniper and Nokia, to meet customers' insatiable need for bandwidth.

The Telefónica Spain Fusión Network project is designed to meet growing demands for connectivity across the region for the next three years, according to a joint statement from Juniper and Telefónica. It's the second phase of the project, serving mobile, residential and business services.

The project has been in the works for five years. "Five years ago, we realized we didn't have the capability to increase capacity the rate traffic is going," Gutiérrez says. More than just swapping out equipment, Telefónica needed to change its whole network topology, going from hierarchical to a flatter topology that could be deployed with greater agility, be more responsive to traffic growth, and be more cost-effective as well. 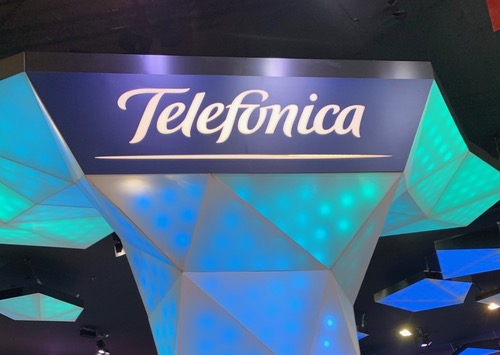 Telefónica recently completed deployment, transitioning from Huawei to the new equipment. "We have moved every single bit from our old network," Gutiérrez says.

The company has 5 million Spanish subscribers, both consumer and business, consuming fixed broadband, mobile and IPTV. As part of its network upgrade, Telefónica is deploying fiber to the homes of its subscribers.

The FTTH deployment supports IPTV. "One of the priorities was to create attractive television [for] the customer," Gutiérrez says. "Our customers are changing the way they watch TV; they want to watch their own program in their own way, whenever they want. That means a significant change in traffic, from unicast to multicast."

Changing TV patterns drives network demand, as content can no longer be transmitted over the network just once; instead, consumers demand content availability at any time. "When one of our customers is watching a live program, the content is broadcast once for all the customers. That's one data flow." But with multicast TV "we have to create a separate flow for each of our customers. That means traffic bursts," Gutiérrez says.

To meet demand, Telefónica altered its network topology to increase connectivity at the edge. And Telefónica has begun deploying 100Gbit/s interfaces, with plans to move to 400 Gbit/s.

Security was not an issue in replacing the Huawei equipment, despite recent headlines, Gutiérrez says. Telefónica would not have invited Huawei to submit an RFP if security had been a concern.