Deutsche Telekom CEO Timotheus Höttges has indicated he will fight Vodafone's efforts to acquire Liberty Global's Unitymedia business in Germany, arguing the takeover would lead to a "re-monopolization" of the cable market and leave 70% of the pay-TV market in Vodafone's hands.

Speaking to analysts during an earnings call this afternoon, Höttges also questioned Vodafone's assumption that European and not German authorities would oversee the deal, given the heavy impact it would have on the German market.

No to German Reunification 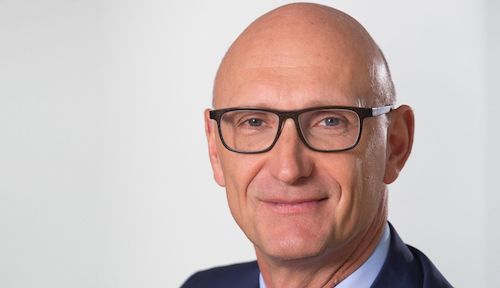 Deutsche Telekom CEO Timotheus Höttges says a Vodafone takeover of Unitymedia in Germany would be a "re-monopolization" of the cable industry.

Deutsche Telekom's share price was trading down about 2% in Frankfurt this afternoon after news of the deal between Vodafone and Liberty and Deutsche Telekom's publication of financials showing a 3.9% fall in reported revenues for the first quarter.

Vodafone believes regulators will not oppose the deal in Germany because its existing cable network, which it acquired when it bought Kabel Deutschland for 7.7 billion ($9.2 billion, at today's exchange rate) in 2013, does not overlap with the footprint of Unitymedia.

But Höttges indicated that he would resist the deal in talks with German authorities. "I will do everything to protect the competitiveness for our customers and for the market environment in Germany," he told analysts.

"My observation is that there will be re-monopolization of the cable market and a situation where 70% of the TV market would be in one hand," said Höttges. "This is something we will discuss with authorities. I question that it is an issue for Brussels alone because 80% of that deal is related to Germany. It is not clear why German authorities should not have something to say because it heavily affects the German landscape."

Höttges also accused Vodafone of misleading German regulatory authorities in previous discussions after Vodafone earlier today said that it would be willing to offer wholesale services on its merged cable networks.

"I was surprised by the statement that Vodafone can consider wholesale access obligations for cable," said Höttges. "We had ten months of negotiations with Homann [the president of the Bundesnetzagentur, which regulates Germany's telecom market] and Vodafone's position was heavily opposed to this."

"The access to housing associations and housing wiring is something we see as a violation with regard to monopolization," said Höttges.

Another concern, although one that may hold little interest for regulators, is that a merger between Vodafone and Unitymedia would naturally lead to a reduction in wholesale business for Deutsche Telekom. Vodafone, which has traditionally rented facilities and capacity from the incumbent operator, believes it can save about 105 million ($125 million) in annual operating costs through reduced wholesale payments.

Next page: Sunnier outlook thanks to US business