CenturyLink Exec: Enterprise Success Is All About the Network

Although it is facing some of the same legacy service decline headwinds that buffeted business revenues at rivals AT&T and Verizon, CenturyLink's enterprise sales are currently "growing quite happily" and the company will leverage its global wireline assets to continue that growth, says the executive in charge.

Ed Morche, president of Strategic Enterprise and Government Markets, tells Light Reading in an interview that the combination of CenturyLink Inc. (NYSE: CTL) and Level 3 Communications has created a wireline unit heavily focused on global and domestic enterprise business and not distracted by either wireless operations or the desire to own content, something in which its two largest rivals are currently engaged. That sharpened focus is also critical to CenturyLink's overall success, since the unit Morche heads represents 22% of the company revenues, an amount equal to its wireline consumer business. Overall enterprise revenues are more than half of CenturyLink's base.

In working the enterprise market first for Level 3 and now for CenturyLink, Morche says he's spoken to dozens of CIOs as he spends most of his time on the road, talking to prospective customers and he's seeing some dissatisfaction around sales of wireline services. 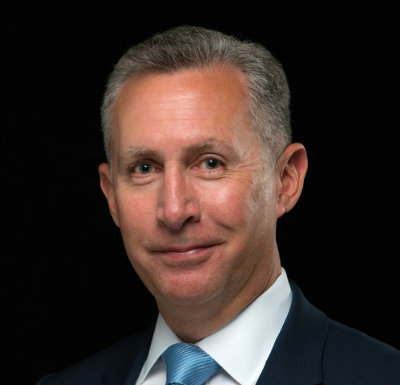 "Their feedback to me is that they can't even find a sales rep anymore," he comments. "They'll say, 'I can't find someone to talk to me about the wireline side of the business. If I want to buy a handset, they're all over me, but if I want to go and add additional MPLS connections, I can't find any support.'"

CenturyLink's response is to put 30 general managers across the country on Morche's team, "each of whom has their own engineering team, support team, sales team, focused on driving that local customer relationship," he says. "Everywhere we're investing I see my competitors taking resources away."

That is one reason he is expecting growth to pick up. The US strategic enterprise revenues -- Morche's business unit -- grew 1.8% in the first quarter, according to Sunit Patel, CenturyLink's CTO. In his comments on that number in last week's call, however, Patel noted that accounting changes and a "softness" in sales during a period when the CenturyLink and Level 3 sales teams were being combined impacted enterprise revenues in late 2017 and early 2018, with sales picking up in March.

"Looking at our 90-day sales funnel, in general, I think we expect better sales performance in the second quarter compared to what we saw in the first quarter," Patel said, according to a Seeking Alpha transcript of the first-quarter earnings call.

In the earnings call, Patel called out SD-WAN as an area of major growth -- 45% in the first quarter -- and major opportunity, given that CenturyLink's network allows it to extend SD-WAN to more branch offices and other enterprise locations. Morche says the company is finding most of its enterprise companies aren't abandoning MPLS-based virtual private networks for software-defined WANs, but they are combining the two.

"We're actually seeing both [MPLS and SD-WAN] grow -- SD-WAN is growing faster but from a much smaller base," he comments. MPLS grew 3% in the first quarter on a larger base of customers, while SD-WAN grew 45%.

"What we see is more hybrid -- so when you talk to large enterprises, the conversation is around where does the data go," Morche says. "Some of it goes to the cloud and some of it stays in our data center."

What CenturyLink is now providing is low-latency connections into the cloud or the data center, alongside its Cloud Application Manager which enables free movement of traffic between clouds or third parties, he says, using either dedicated network bandwidth or public Internet connections. Some sites, such as headquarters or major R&D facilities will stay on MPLS, while SD-WAN lets CenturyLink provide more cost-effective connections to a wider range of smaller facilities.

It's not too late to join us at Light Readings Big Communications Event -- the ONE event that delivers fresh perspective on the rapid transformation of the telecom industry and the road ahead. We'll see you May 14-16 in Austin -- communications service providers get in free!

"We provide the network underneath," he says, and that matters, even when it's a public Internet connection, because it gives the customer greater control. "Coming into our network again, it's about latency, it's about how you can control the traffic, and what matters there is the amount of carrying capacity that you have with your provider/competitors, the location of it and making sure that we're picking traffic up closest to the origination and dropping it off closest to the destination."

One of the ways CenturyLink will differentiate itself from its competitors is by increasing the size of its Ethernet portfolio and carrying capacity, especially locally, so that it can deliver the best network performance, Morche adds. That means continuing to invest in its network.

"No matter how swift the portal is, the challenge especially for small guys who are 100% off net, is that you're still ordering capacity from somebody else," he says. "You're still relying on them to deliver service for you. At the end of the day it's all about the network. It doesn't matter how swift or easy to use a portal is, networking is still networking. I would rather be spending my money on physical infrastructure and connecting to the facilities that I want to get to, so I can control the experience. You really can't, no matter how nice that portal might be, you can't change the experience unless you have ownership."