The transition from top-level sport to the upper echelons of business is one that not many people have made.

It gives Mousnier-Lompre – promoted to the top job this year – an unusual perspective as she tries to pull OBS out of its telco past and make it fit for a hyperconnected world where Internet giants seem to be knocking other companies aside.

"I'm used to saying that I learned more playing soccer and being a semi-professional player than I did in my studies," Mousnier-Lompre told reporters in Paris this week.

"You cannot have eleven goalkeepers or eleven midfielders, and what is happening on the field is never what you had planned. You need to be able to synchronize and change strategy." 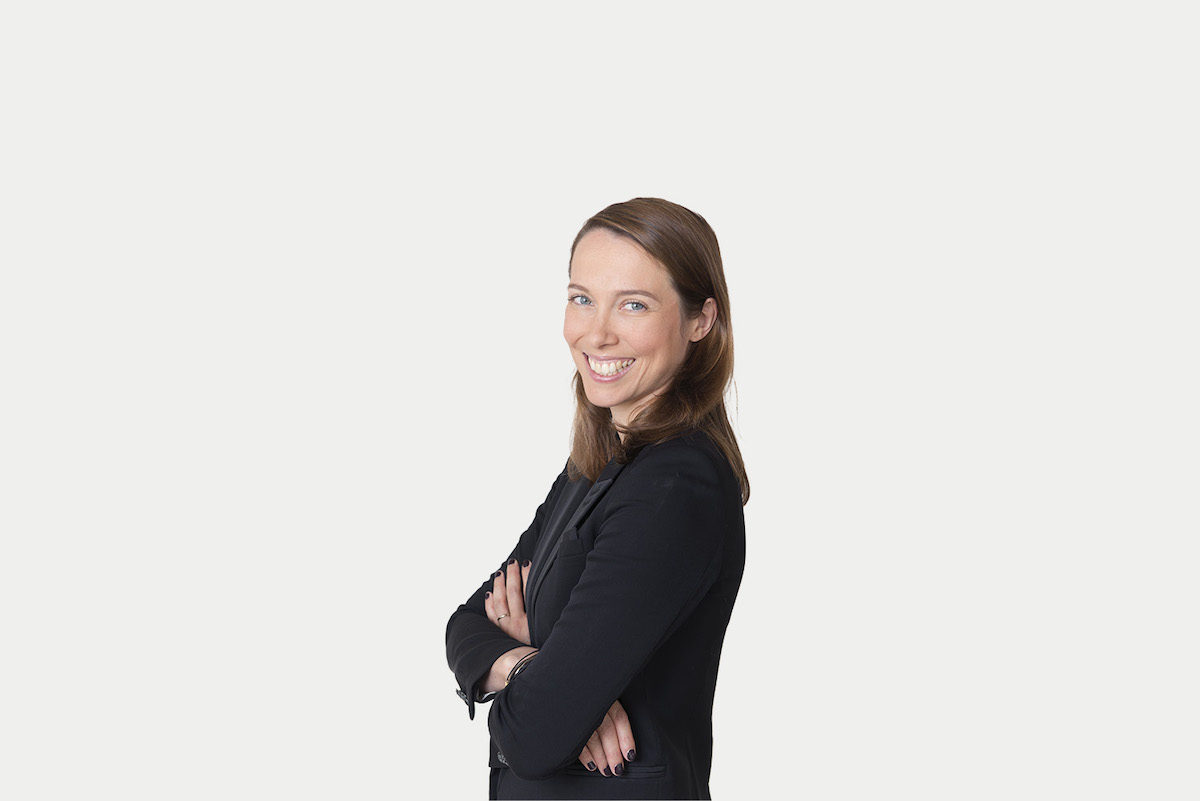 The challenges OBS faces are common among the enterprise units of major telcos, and they were shown when Orange reported its last set of quarterly results. Fifty-seven percent of revenues still come from what Mousnier-Lompre calls "telco-like business" in seemingly irreversible decline.

"No one is having a fixed line on the desktop, and everyone is moving to Teams and Zoom and Webex."

Remaining sales are generated across an array of newer activities, falling mainly into the three categories of cloud, data and cybersecurity.

They have been growing at double-digit rates, but this has barely offset the legacy decline. For the first six months of the year, sales were unchanged at about 3.9 billion ($3.7 billion). One of Mousnier-Lompre's missions is to double down on these activities.

"We plan to go big through organic and inorganic growth," she said.

The conundrum for OBS is the encroachment of the Internet giants on its turf. When it comes to the cloud, for instance, IT workloads are increasingly being moved into public clouds maintained by AWS, Google Cloud and Microsoft Azure.

Unable to compete against those companies on the same terms, OBS has been forced to adapt like a soccer player when the original game plan is not working.

"Ten years ago, when we started to invest in the cloud, we had this big ambition in cloud infrastructure," said Mousnier-Lompre.

"We've acknowledged that the market is clearly driven by those big American hyperscalers and that where we can bring value to customers is to accompany them in a multi-cloud strategy."

Essentially, this means helping customers to manage their workloads across numerous cloud environments, whether public or private.

Demand is high partly because a shrinking number of companies want to be heavily dependent on a single platform. Others may have stringent requirements to do with data sovereignty or privacy – perhaps due to government rules. 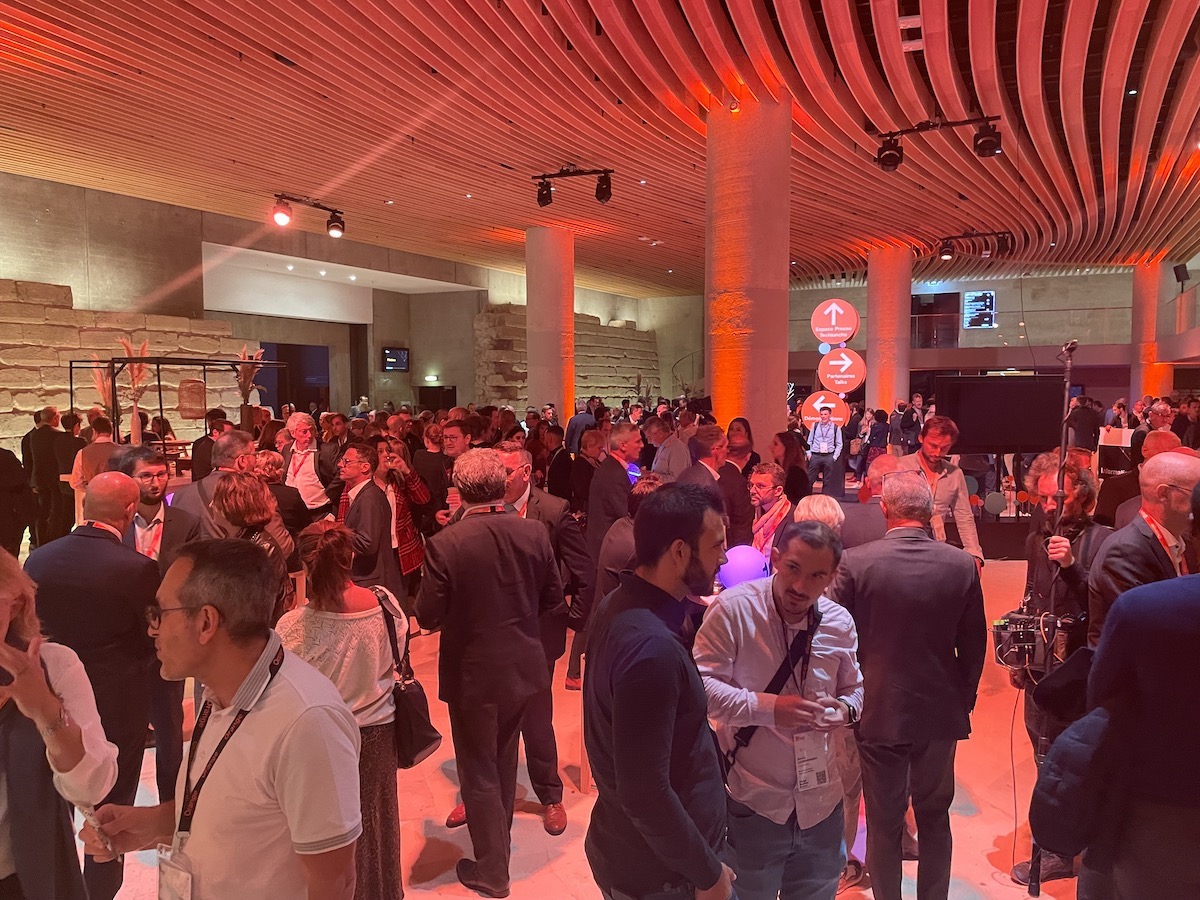 Among other things, OBS has been investing in what Mousnier-Lompre describes as "communities of expertise" around public cloud solutions.

"We have lots of experts today able to work on Azure, AWS and Google Cloud, and I think that is a good illustration of what we do overall," she said.

"We see ourselves as a kind of end-to-end orchestrator."

The related field of systems integration is another where OBS also needs to show it is different from the likes of Capgemini, an IT company that has partnered Orange on some projects.

"We are not a vanilla-flavor digital services company," said Mousnier-Lompre.

"We are probably among the top three more experienced players on new-generation connectivity, everything around SD-WAN and SASE and the combination of connectivity and cybersecurity. This expertise, including on the local and global networks, is a big differentiator for us versus traditional integrators."

Major changes are planned organizationally. Right now, Mousnier-Lompre is in talks with unions about a restructuring along geographical rather than product lines. Marketing teams are being rejigged to ensure the pitch matches customer demands. The OBS boss also wants to reshuffle her executive management team and bring in more IT expertise.

"We will keep business lines but what matters to customers is dealing with business outcomes and fixing problems, whether technical or business issues," she said when pressed on the reasons for the planned overhaul.

"Ultimately, what matters to customers is the end-to-end value proposition we can deliver."

Accordingly, she has drawn up a list of five key value propositions: first, transforming the digital infrastructure of customers; second, improving the business of customers through data and artificial intelligence; third, improving the experience of customer employees through collaborative tools and changes to the ways of working; fourth, improving the relationships customers have with their own customers; and fifth, making customers' industrial processes and plants more efficient.

The backdrop to all this is a series of nasty shocks that are reverberating through profitability.

While sales were flattish for the first half, earnings (before interest, tax, depreciation and amortization) sank a quarter, to just 364 million ($349 million), and operating income halved, to about 152 million ($146 million). A decline in sales of high-margin fixed voice products was perhaps the only familiar issue.

"Inflation is hitting us quite badly," Mousnier-Lompre said.

"The chipset shortage is also a problem because it is delaying projects and the war for talent is a challenge because the cost of recruitment is high."

On the latter, her answer lies partly in a shake-up of HR processes, with the emphasis shifting from recruitment to retraining.

"I want to have much more internal mobility as well as more aggressive and proactive training strategies."

Facilitating overseas opportunities for young people is important to her.

Recruitment in growth areas is unsurprisingly expensive as OBS goes up against other sectors chasing software expertise. Acquisitions could help to plug certain talent gaps.

And while unprepared to comment on specific targets, Mousnier-Lompre says some country operations in Europe "lack a bit of critical mass" in either cyber security or cloud services.

What of 5G, a topic that usually consumes the attention of operators in the enterprise sector?

"We talked about 5G maybe in all the meetings at MWC this year, but if you look at our actual pipeline and revenue results it is still emerging," said Mousnier-Lompre.

"We're starting to see more than just proofs of concept and experiments."

Merem, a small electronics company in France, is one early example of a company using 5G from OBS to automate its plants. 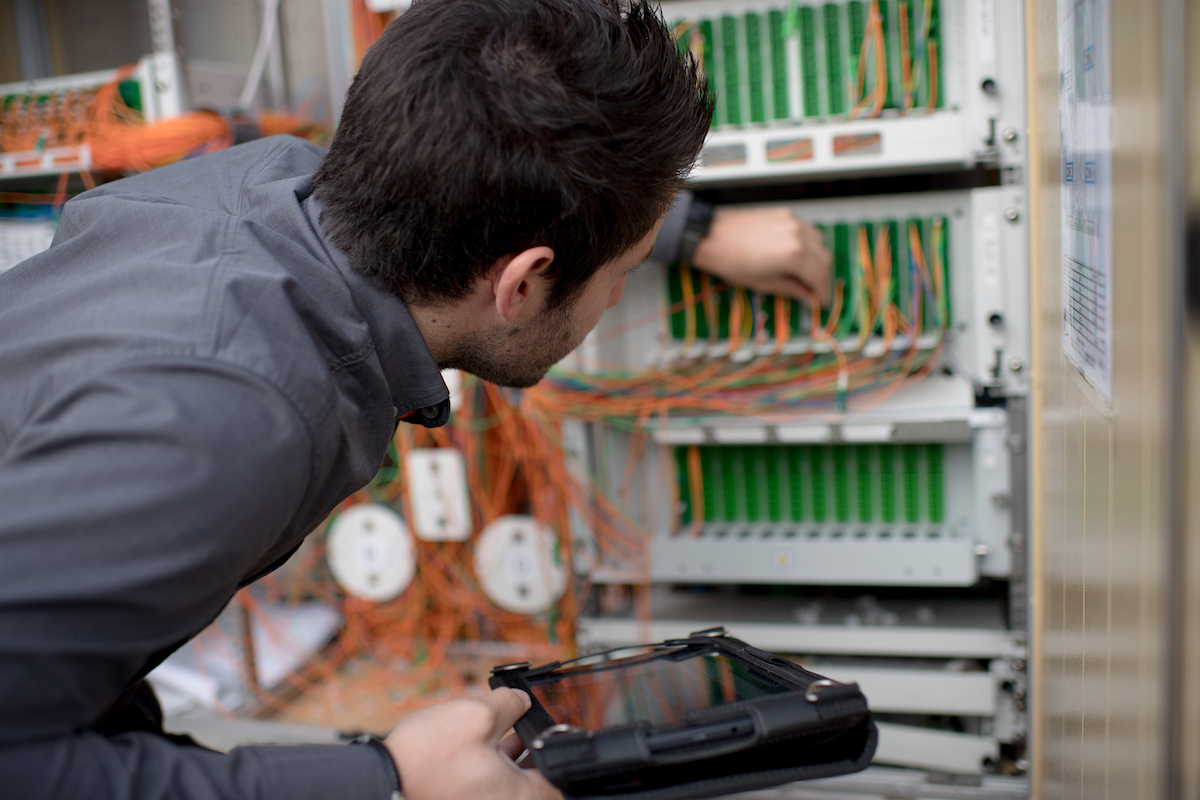 An Orange technician carries out maintenance work on a fiber cabinet.
(Source: Orange)

It was among dozens of OBS customers in Paris this week for the operator's summit, and a more pressing technological need for many of them seems to be fiber.

"I know that many of you are perhaps unsatisfied or frustrated with our ability to put out fiber-optic Internet," said Mousnier-Lompre on stage.

"We have put in place a program called fiber in France and fiber in business and we are trying to push this out as quickly as possible."

She later told reporters that Orange had to change operational processes and IT systems in response to regulatory decisions taken a few years ago.

"It generated a bit of disruption in the way we were handling delivery for our enterprise customers in France. We have overcome it and are doing better. But in some cases, we still have quite a complex operational process."

The goal outlined in Orange's last annual report is to generate 55% of OBS revenues from growth areas in 2025, a sharp increase on the 43% last year.

Achieving that along with earnings growth will require OBS to perform like a trophy-winning soccer team whose different players are in perfect cohesion. And that will demand all the interdisciplinary skills that Mousnier-Lompre can muster.