Rural carriers 'stunned' by the FCC's ban on Huawei, ZTE

The FCC has banned purchases of Huawei and ZTE equipment and many of the US rural wireless network operators affected by the move are incensed.

"As a result, rural carriers who have deployed Huawei or ZTE equipment or services in their networks will now lack the ability to support their critical networks that are serving hundreds of thousands of rural Americans and those traveling through rural America," wrote the Rural Wireless Association in a release Tuesday, just hours after the FCC announced its ban. The RWA represents operators like United Wireless and Nemont that use Huawei equipment in their wireless networks.

RWA said it was "stunned" by the FCC's decision. The association argued that its members are dealing with the FCC's Keep America Connected pledge  which calls on Internet service providers to maintain services to Americans affected by the pandemic  as well as the ramifications of the merger of Sprint and T-Mobile. These carriers will have difficulty with the FCC's latest action, the RWA said.

Politicians and CEOs closer to Washington, DC, cheered the move.

"This is a great development and a critical step forward in protecting America's national and economic security," said Mike Rogers, chairman of 5G Action Now policy group and a former chairman of the House Permanent Select Committee on Intelligence, where he authored a milestone report outlining the threats reportedly posed by Huawei and ZTE. "I applaud the FCC."

And Steve Papa, chief executive of wireless infrastructure provider Parallel Wireless, said the FCC's move was "an important first step in the right direction," but he reiterated his call for US government funding for advanced semiconductor technologies.

At issue is the FCC's long-running proceeding centering on the alleged security threats posed by Chinese vendors like Huawei and ZTE. The agency has been debating a proposal for months that would prevent US telecom companies that receive money from its Universal Service Fund from using that cash to purchase equipment from the Chinese vendors. The agency implemented that ban on Tuesday.

"Today's action will also protect the FCC's Universal Service Fund  money that comes from fees paid by American consumers and businesses on their phone bills  from being used to underwrite these suppliers, which threaten our national security," FCC Chairman Pai said in a statement.

The FCC's Carr weighs in
One of the agency's Republican commissioners offered an even more abrasive tone: "America has turned the page on the weak and timid approach to Communist China of the past. We are now showing the strength needed to address Communist China's threats. And our efforts will not stop here. The FCC will continue to take whatever steps are necessary to secure America's communications networks from bad actors that would do us harm," said Commissioner Brendan Carr in his own statement. 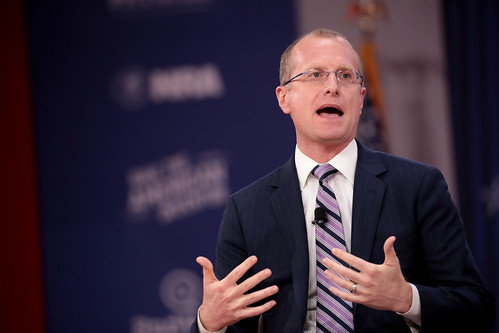 Geoffrey Starks, one of the FCC's two Democratic commissioners, argued that the issue underscores a need for US investments into open RAN technology. "I have long championed open RAN technology as a potential solution to this problem that will allow us to ensure that the next technological revolution advances safely and securely," he said in a statement.

The FCC's latest move against Huawei and ZTE is one of several major initiatives against the Chinese vendors by various arms of the US government. For example, the FCC is also looking to rip out Huawei equipment from existing US wireless networks, while the Commerce Department is considering a vast ban against US business with Huawei.