In the race to space, Bullitt eschews proprietary approaches

Bullitt, a UK-based maker of hardened Android smartphones, said it will leverage 3GPP-based 5G technology standards in its efforts to connect its forthcoming smartphones directly to satellites.

That, according to Bullitt's co-founder Richard Wharton, makes the company different from Apple, which recently announced that its new iPhone 14 can connect directly to satellites. 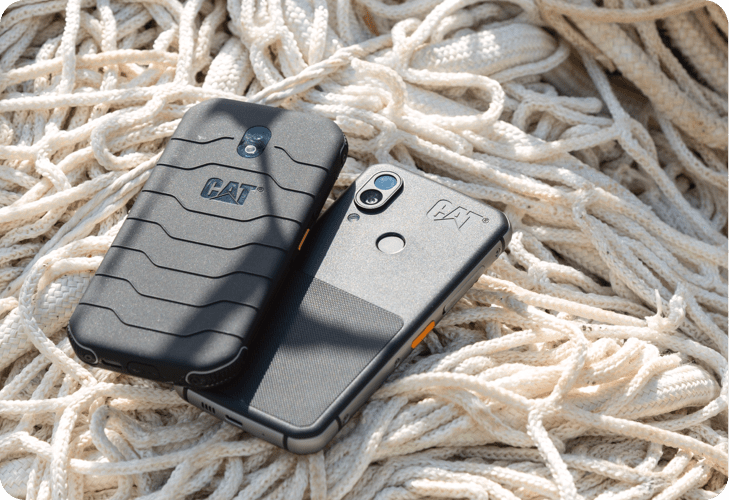 Bullitt, whose phones are sold under the Cat and Motorola brands, appears poised to become the second smartphone maker in the world to offer phone-to-satellite services. The company has promised to offer the capability on new Bullitt phones starting in February 2022 after a full unveiling during January's CES trade show in Las Vegas.

Wharton declined to provide key details about Bullitt's planned phone-to-satellite offering but said the service will rely on the 3GPP's new "Release 17" specifications. Apple, for its part, is using a proprietary service built on spectrum from Globalstar for the emergency phone-to-satellite service on the iPhone 14.

"We've essentially built a carrier-grade network," Wharton said, explaining that Bullitt has been working for more than two years on developing a phone that can connect directly to satellites. He said the company has developed the necessary chipset integration, ground-based technology and billing system to support its planned offering.

"That's certainly what makes us unique," he said.

But it's the company's adherence to 3GPP standards that could really set Bullitt apart, according to Wharton. The 3GPP  the primary standards-development group for 5G technology  recently put the finishing touches on the Release 17 specifications. One element covered is 5G connections over non-terrestrial networks (NTN) such as satellite networks. Chipmaker MediaTek and Eutelsat, a European satellite company, led the work on that piece of the 3GPP's new release.

Wharton said the specifications will allow Bullitt's forthcoming phones to connect to existing geostationary satellite constellations. That will allow Bullitt users with compatible phones to quickly send and receive text messages over satellites from virtually anywhere in the world, he said.

Such an offering would be substantially different from Apple's iPhone 14 satellite service, which only works in select parts of the world and is designed only for emergency uses. iPhone 14 users must point their phones at nearby low-Earth orbit (LEO) satellites and may need to wait up to several minutes for a connection.

Wharton said Bullitt's service would be much quicker and more reliable and would support more than emergency messages.

"It's there, it's real, it's working," he said. However, mobile customers who wish to return texts to Bullitt phone users via satellites must do so through the company's smartphone app.

There are still unanswered questions about Bullitt's promised service. For example, Wharton declined to say which satellite provider or providers the company is working with, which company supplied the necessary satellite-capable chipset for its phones and how much the company would charge for the service. He said only that the company's pricing for the service would be "competitive and disruptive."

Wharton did, however, make it clear that Bullitt doesn't see its satellite messaging service as competition to the terrestrial wireless network operators that sell its phones across 60 countries. "It's not something that's competitive to them," he said. "What we're looking to do is complement their service."

Bullitt isn't the only company hoping to profit from the intersection of regular smartphones and satellites. SpaceX, Lynk Global and AST SpaceMobile are all launching or plan to launch satellites that can connect to regular smartphones using terrestrial operators' existing spectrum. Such a setup would eliminate the need for specialized phones like the ones Bullitt plans to sell.

Meanwhile, companies like Iridium, Globalstar and others are hoping to encourage smartphone makers like Bullitt, Samsung, Apple and others to add support for their satellite spectrum. Such a scenario could be implemented via a proprietary setup  as in Apple's iPhone 14  or via the 3GPP's new standards.