Telecom alpha males Vittorio Colao and Timotheus Höttges looked ready for a cage fight at Mobile World Congress, amid reports that Colao's Vodafone could try to merge its German business with the Teutonic subsidiary of cable giant Liberty Global. "Unacceptable," spat Höttges, the boss of German telecom incumbent Deutsche Telekom, on first hearing of the news. "I have to be careful not to become personal," Colao whispered menacingly in response. (See Vodafone's Colao, DT's Höttges Lock Horns in Barca.)

But they needn't have become so territorial, according to analyst firm CCS Insight. In a research note published today, CCS expresses doubt that any German tie-up between Vodafone Group plc (NYSE: VOD) and Liberty Global Inc. (Nasdaq: LBTY) will ever go ahead. "We strongly believe regulators will block or restrict [it]," says the company. "European regulators have set precedence on this matter with other failed moves." 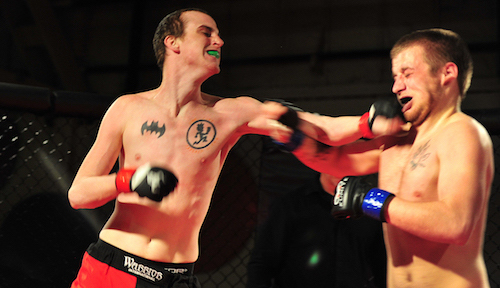 The bosses of Deutsche Telekom and Vodafone have been in combative spirits about dealmaking in Germany.

The implication is that any deal between Vodafone and Liberty may end up being restricted to other eastern European markets where both companies operate networks. Having held fruitless talks about a possible merger way back in 2015, Vodafone and Liberty confirmed they were having another chinwag about "certain overlapping continental European assets" in February. (See Vodafone in Talks to Acquire Liberty Global Assets and Vodafone, Liberty Call Off Asset-Swap Talks.)

Since then, most of the media speculation has focused on the likelihood of a game-changing deal in Germany. Vodafone already operates that country's second-biggest mobile network, behind Deutsche Telekom, and has marched into the fixed-line market through its 2013 takeover of Kabel Deutschland, then Germany's largest cable network. Liberty, meanwhile, operates a network that passes nearly 13 million homes, or less than a third of the German total. A marriage could produce a formidable rival to Deutsche Telekom. And wedding bells might soon ring, according to the Financial Times, which carried a report last weekend that a deal looks imminent.

Bankers have been salivating over the prospect of a German alliance, according to that FT report, with analysts noting that it would turn Vodafone into a mainly German company. In fact, Germany is already Vodafone's biggest national market by sales, generating more than 10 billion ($12.2 billion) for the operator in its 2016/17 fiscal year (ending in March 2017), or more than a fifth of the group total. Nevertheless, in possession of Liberty's Unitymedia-branded German subsidiary, which made 2.7 billion ($3.3 billion) in 2017, Vodafone would, indeed, look even more Germanic. Analyst firm Bernstein estimates that 40% of Vodafone's profits would come from Germany following a Unitymedia GmbH takeover.

Alas, it will probably never happen, according to CCS. The analyst firm points out that consolidation-averse European authorities have blocked several in-country deals in recent years, including a Three UK bid for Telefónica UK Ltd. in the UK and a move by Kabel Deutschland GmbH (in its pre-Vodafone days) for Tele Columbus, another German cable operator. In their view, mergers that reduce the number of players serving a particular market are bad news for customers. "Ultimately, any agreement would result in just two multiplay providers [Deutsche Telekom and Vodafone], in addition to one mobile champion (Telefónica) as well as one dominant pay-TV company (Sky), and lead to stringent conditions and remedies," says CCS in its research note. (See EC to Stop Hutchison Buying Telefónica UK  Report.)

Next page: The Norman Bates guide to telecom regulation

Clifton K Morris 4/25/2018 | 2:46:36 PM
Huge issue to legacy networks I can see why DT would be apprehensive to allow Vodafone access to physical network infrastructure throughout Germany. Cable technologys speeds and upcoming technology in assymetrical DOCSIS 3.1 (perhaps it will be called 3.2) directly competes with legacy DSL, fiber, and twisted-pair infrastructure DT owns and manages throughout the country.

Cable Technology is faster than fiber, and coupled with new advances in the US on 5G fixed wireless services would require DT to obtain massive amounts of permits to compete with DTs state-owned twisted-pair copper monopoly. The company is inadequately positioned to compete with the technology itself. If it didnt lobby and pursue regulators to block it, the company would essentially be enabling a competitor.

Still its troubling because it seems with lack of R&D investment, and an upgrade path to coax networks, Germany stands to have slower speed internet connectivity than the rest of the world. In the US, AT&T and Verizon both saw the physical limitations of twisted-pair copper years ago. AT&T abandoned certain copper assets years ago, stated installing coax in apartment buildings earlier this year (even in markets where it is an incumbent). Verizons FIOS services and platforms are also coaxial based. Twisted-pair copper, with its limited bandwidth, has a shorter lifespan than many believe. At AT&T in Network Information Services, we had a saying- If you fail to plan, you plan to fail and this response from DT is nothing short of that.