Splashing $6 billion on Vonage last month probably rules out any other big takeovers by Ericsson for a while. The lofty fee consumes all the net cash the Swedish equipment maker had on its books at the end of September. Smaller acquisitions are another matter entirely. The takeover of Quortus, a UK business with as few as 30 employees, seems to lie at the opposite end of the M&A scale to Vonage. Its value to Ericsson is perhaps less of a headscratcher, too.

Based in the English town of Camberley, south of London, Quortus sells packet core technology, which will look more familiar to most Ericsson employees than Vonage's unified communications products. It is perfect for enterprise private mobile deployments, says James Crawshaw, a principal analyst with Omdia. And the enterprise sector is one Ericsson sees as an untapped opportunity.

Before hurling cash at Vonage, Ericsson had spent $1 billion on a takeover of CradlePoint, a US company selling edge routers and related services to enterprise clients, including parts of the public sector. The Quortus transaction has been executed through CradlePoint, making the UK firm a part of that larger enterprise unit, Light Reading has learned. 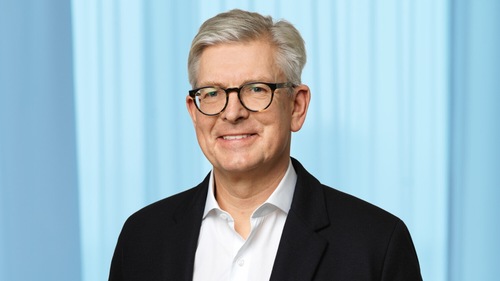 Top executives at Quortus have accordingly moved into senior leadership positions at CradlePoint. They include Mark Bole, the Quortus CEO, who became CradlePoint's vice president of business development last month, and Monique Palmer, now finance director for both Quortus and CradlePoint, according to updated LinkedIn profiles for both executives. Andy Odgers, the founder of Quortus and its former chief technology officer, is named on LinkedIn as a distinguished engineer at CradlePoint.

In a statement emailed to Light Reading, Ericsson said: "Quortus is a small UK-based company with expertise in 4G/5G technology for enterprise cases. Ericsson acquired Quortus to augment the CradlePoint team with complementary engineering talent to target new opportunities in enterprise connectivity and security."

"CradlePoint continues to build offerings for enterprise customers and channel partners that complements Ericsson's core business and gives us a stronger position in the enterprise market," Ericsson continued, noting that the terms of the transaction have not been disclosed.

Adding intrigue to the move is the Quortus relationship with Robin.io, a Silicon Valley-based software company active in the telecom market. Using Kubernetes, an open source system, Robin.io has built a platform that can run various network applications. It has raised about $86 million in funding, including $38 million this year during a round led by Rakuten, which also uses Robin.io's technology for its open RAN service in Japan.

Robin.io teamed up with Quortus about a year ago on a joint pitch to companies interested in private 5G networks. Any customer deals would now mean CradlePoint and Ericsson are effectively using Robin.io's platform to support some enterprise needs. And that raises the prospect of an Ericsson bid for Robin.io.

The Quortus takeover comes several months after Börje Ekholm, Ericsson's CEO, hinted at further deal-making to support the growth of his company's fledgling enterprise unit. "It is hard to speculate, but our ambition is to make that a very sizeable part of Ericsson in a few years' time," he told Light Reading in August. "It will probably require some more acquisitions, so you will see that coming as well."

Ekholm has said an enterprise push could be a drag on earnings until about 2023. Emerging business and other, the unit to which CradlePoint belongs, reported an operating loss of about 400 million Swedish kronor ($44 million) for the recent third quarter on sales of SEK2 billion ($220 million), a 4% year-on-year increase when adjusted for comparable units and foreign exchange effects.

In the introduction to Ericsson's last earnings report, Ekholm also wrote that CradlePoint was "developing favorably, contributing to gross margin improvement for the Group in the quarter."

The concern must be that Ericsson's $6 billion Vonage takeover has left it short of cash to pursue much more M&A activity. Analysts and investors did not seem entirely convinced by that deal, either. Ericsson appears mainly interested in Vonage's fast-growing APIs business. Overall revenues for that market were $6 billion last year, and they are expected to hit $22 billion in 2025. What's doubtful is whether Vonage's community of 1.1 million software developers can easily pivot to the sort of 5G applications that Ericsson champions.