OpenVault intends to push up market and score more deals with Tier 1 service providers after locking down its acquisition of VelociData, a fellow provider of data collection and analysis technologies and systems.

OpenVault, known for publishing insightful reports on broadband data consumption trends, has largely focused on collecting data with a sizable group of small and midsized cable operators. That data provides visibility that helps operators locate areas of network congestion and determine root causes for that congestion. OpenVault also markets a suite of network management services that help the operator act on that data alongside some "monetization" services that, for example, help operators identify customers who might be candidates for speed upgrades.

With VelociData, OpenVault hopes to go bigger and broader across all of those fronts. 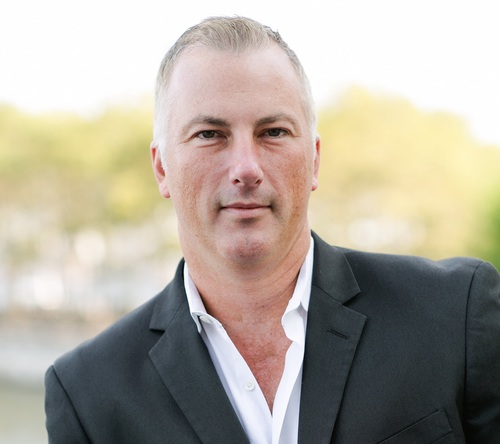 Mark Trudeau, CEO and founder of OpenVault, said VelociData has developed data collection capabilities that can drive additional scale into the business as the company pushes into the cable, fiber and wireless markets in the US and abroad. "Their strength is capturing more and different types of data at scale," he said.

VelociData, he added, also has products and capabilities ready to go that were already on OpenVault's product roadmap. OpenVault plans to use those new capabilities to help it move more deeply into the Tier 1 market and to pursue international business more aggressively.

Notably, OpenVault, which had focused mostly on data collection for hybrid fiber/coax (HFC) networks, has been pulled into the fiber-to-the-premises (FTTP) market as cable operators continue to build more all-fiber networks in greenfield areas. OpenVault had been fulfilling that opportunity by building a collector for an OLT (optical line terminal) device, but discovered that VelociData had already completed that work.

"There are a lot of things that we acquired here that were already on our product roadmap that we are able to offer today," Trudeau said.

VelociData is already working with a Tier 1 US cable operator and has recently inked a deal with a top service provider in South America. Trudeau's not naming the company, but he noted that the deal in South America originally centered on VelociData's core data collection capabilities but that these are now being enhanced with other products that come from legacy OpenVault.

VelociData also has links to cable, as it has worked with CableLabs and its Kyrio unit on the development of products that use Profile Management Application (PMA) techniques.

PMA, supported today by DOCSIS 3.1, helps cable operators squeeze more capacity out of the network by using the best possible modulation for every frequency in the cable spectrum rather than being limited to the best modulation that all cable modems on the system can use based on variables such as interference and noise levels. According to CableLabs, PMA field trials have shown a 20% to 40% improvement in capacity when PMA is used.

"We are really excited about the PMA [capabilities] and taking what we do for a network management perspective ... to really enhance that capability on the DOCSIS 3.1 network," Trudeau said, noting that a Tier 1 operator has already tested it. "We're excited about that as a growth vehicle. It's an extension and a future-proofing of our current network and capacity management solutions ... It's a Tier 1 play."

OpenVault also believes the deal will accelerate its work in streaming telemetry, a data collection technology that could replace SNMP polling. Rather than hitting devices with SNMP polling, streaming telemetry delivers a consistent flow of data, resulting in more efficiency and greater visibility into the state of the network.

VelociData also comes with a trove of intellectual property as it holds more than 120 patents worldwide, largely in the area of data science.

The connection with OpenVault should give VelociData's technology greater exposure to the service provider market. VelociData has largely been R&D focused, and OpenVault intends to transition that work into a product that can be marketed and sold to broadband service providers, Trudeau said.

Funding paved the way to M&A

Trudeau said OpenVault used some of that capital to fund the acquisition of VelociData (the company did not announce the amount of the raise, or the financial terms for VelociData).

The VelociData deal notwithstanding, OpenVault, he said, also intends to grow organically as it pursues expansion plans in Latin America and Europe.

Privately held OpenVault doesn't disclose revenues, but Trudeau said the company had seen its best year of growth during a pandemic that has put strain on broadband networks and caused some operators to get a better fix on usage behavior and how to better pinpoint network congestion.