For Ericsson, 2017 was its annus horribilis.

Not that 2016 was a good year either, though. (See Beginning of the End for Ericsson?)

Meanwhile, one of its fiercest rivals, China's Huawei, has continued to grow, despite having various doors slammed in its face in the US market. Huawei, in sales terms, is now three times as big as Ericsson. (See Huawei Hits $92B in 2017 Sales, Verizon Dropping Huawei Plans, Too  Report and AT&T Warned to Cut Ties With Huawei  Report.)

So, when might CEO Börje Ekholm, who joined the company about a year ago with a mission to turn the Swedish giant around, get the chance to announce a profitable quarter?

If Ericsson has any ideas about that, it's not sharing them.

Shortly after the company's early morning earnings presentation, Light Reading spoke with the company's newly appointed head of marketing and corporate relations, Helena Norrman, who said there is no answer for when the company might report an operating profit again. She did stress, though, that the writedowns and impairments that have been negatively impacting the company's financials are at an end and that "we expect there to be tangible improvements in 2018."

Investors are not appeased. Ericsson's share price lost 6.9% of its value in morning trading on the Stockholm exchange to hit SEK51.88 by lunchtime in Sweden. That's roughly in line with where the stock was trading a year ago.

There appears to be more to the investor disquiet than just the numbers. Ericsson has been reviewing its media business for almost a year and, having hired M&A advisers in mid-2017, had been expected to announce a full divestment. Instead it has offloaded a 51% stake in the Media unit to One Equity Partners for an undisclosed sum. It will retain the other 49% and is holding on to the broadcast and media services unit, Red Bee Media. (See Ericsson Offloads Media Solutions to Private Equity Firm and Ericsson Moves Closer to Media Business Sale  Report.)

Norrman said that with regards to the media business, Ericsson "never looked to divest all of it. It's an important area for us and many of our major customers ... we still have a stake and the business has been seeing performance improvements during the past year." But holding on to Red Bee Media was "not the original plan," Norrman admits. She says that Ericsson did not receive any bids that were "reasonable," and that it also has "improved a lot" during 2017. 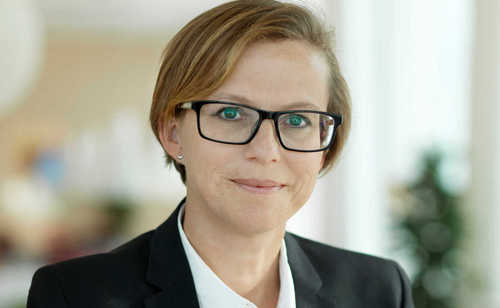 One part of the business that isn't going away, but which is dragging on the company's sales and profit lines, is digital services, which includes its OSS, BSS, NFV, cloud and packet core portfolios, including associated professional services. Ericsson spent a lot of money acquiring companies to build up its OSS and BSS capabilities during the past decade but that now appears to be something of a weight around its neck, while the company's cloud and virtualization efforts do not appear to have generated much in the way of meaningful business. "The problem here is that both the legacy and the new areas of Digital Services are in decline," admitted Norrman, adding that there is still a significant reliance on professional services rather than software sales in that division. That mix, and the unit's finances, "are something that we need to fix," she noted.

In 2017, the digital services business generated revenues of SEK41 billion ($5.23 billion) but, due to writedowns and project adjustments, reported an operating loss of SEK27.7 billion ($3.54 billion).

Part of the solution, Ericsson believes, is to abandon some of its existing contracts: The company noted in its financial report:

A key activity for profitability turnaround [at digital services] is to manage and complete 34 identified critical multi-year customer contracts and to either exit or complete 11 identified non-strategic contracts. These 45 contracts had a significant impact on reported results in 2017. During the year, the governance of contracts has been strengthened and in Q4 2017 two of the 45 contracts were finalized (either completed or exited). A number of contracts are multi-year commitments with strategically important customers. However, the plan is to finalize approximately half of the contracts in 2018.

Another part of the solution is to put someone new in charge. The former CTO Ulf Ewaldsson had been handed the responsibility of trying to turn the business unit around in March 2017, but less than a year later he has been removed from the senior management team and is now an advisor to the CEO, a role that puts one of his feet out of the door at Ericsson. While a new permanent replacement is sought, Jan Karlsson, who heads up Ericsson's business support services, will become acting head of digital services. (See Ericsson Revamps Structure, Shuffles Top Team.)

Ericsson's line is that Ewaldsson chose to step down. "Ulf took over a unit that was very troubled," stated Norrman. "He worked very hard to stabilize the portfolio and has made great improvements though obviously the [financial] results aren't there yet."

Norrman noted that Ericsson's financial position is still strong, "which enables us to execute the turnaround," and that cashflow is "good." She added, pragmatically, that "there is a lot to do in 2018."

Quite so. There are certain to be further major 5G deal announcements in 2018 to add to the ones already in the bag with big names such as Verizon and Deutsche Telekom, but that is table stakes for the company still regarded by many as the leading mobile networks expert.

So what does Ericsson need to do for the medium and long term? Will it seek to buy into new markets with a new spate of acquisitions? Norrman says the long-term M&A strategy is still to fill in portfolio gaps with acquisitions where prudent but that such activity has not been a key focus during the past year while the company seeks to claw its way back to profitability. "Obviously, we're cautious," she noted.

Might Ericsson seek to beef itself up with a major merger or acquisition to give itself greater economies of scale and a larger role in the broader global ICT ecosystem? There has been speculation ever since Ekholm arrived that his job was to get the company in a fit state to be acquired. (See Is Ekholm Ericsson's Savior or Seller? and Ekholm's Vision of Slimmer Ericsson Lacks Detail & Dazzle.)

Naturally, Norrman isn't commenting on such matters. "The focus is to build a strong and successful Ericsson. Yes, the competitive market is tough but that just means we will need to be better."

That's what the market, customers, partners, investors and, importantly, Ericsson's staff will be wanting to see sooner rather than later in 2018.

jerehada 2/1/2018 | 9:06:58 AM
Re: Trump Gives Motivation for Cisco to Buy Ericsson Notice a Mckinsey consultant has also joined the board for emerging business. Hope its a different advisor to the one that adivsed to diversify into Media and Broadbast to break the radio network boom and bust cycle .... then advised to dispose of Media Businesses before retaining 3/4, with the remainder sold for next to nothing. Now they turn to the digital LoB that last year was reported to be a growth area and performing adequately and is now in distress with its own set of underperforming contracts. At least Ericsson did not use the kiss of death "strategic review" for Digital. Perhaps customers are unsure if to chose Ericsson in case they sell/give away/close the unit or they become party to an "underperforming contract".
Reply | Post Message | MESSAGES LIST | START A BOARD