Huawei, Verizon go to battle in a Texas courtroom

More tech and telco shootouts are afoot in the courtrooms of Texas.

A trial has opened with jury selection in Marshall, Texas, between Huawei and Verizon, both of which say the other has infringed its patents over optical transport network systems. Over the next week in District Judge Rodney Gilstrap's courtroom, a jury will have to make up its mind about the claims in both directions, and if Huawei's royalty demand meets the test of "fair, reasonable, and non-discriminatory." (Huawei had presented Verizon with a bill of over $1 billion in June 2019 for licenses for more than 230 of its patents.) 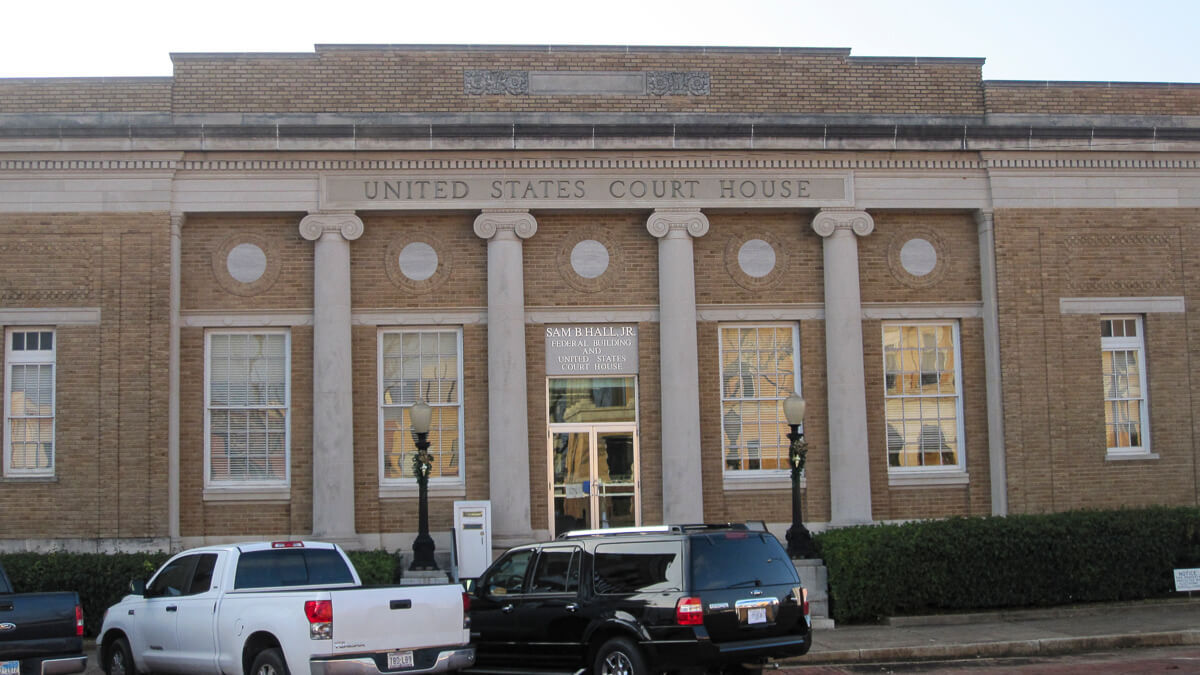 Optical illusion: This might look like an ordinary small town courthouse - and the town is small - but Marshall, Texas is a patent hotbed.
(Source: Billy Hathorn on Wikimedia CommonsCC3.0)

But like professional wrestlers booking their season, they've already scheduled the rematch in Waco in October, where Huawei will argue Verizon has infringed its wireless patents on such network infrastructure as routers. Verizon has been muted in its response, to an extent. Apart from filing counterclaims saying Huawei stole its patents. And calling the lawsuits "nothing more than a PR stunt" and "a sneak attack on our company and the entire tech ecosystem."

If you can't win at the FCC or Capitol Hill, so the thinking goes, try a legal gunfight.

Huawei has form in US courtrooms. And with patents, too. The Shenzhen bruiser sued T-Mobile USA when licensing negotiations broke down, eventually settling in 2017. And with over 80,000 patents worldwide and 10,000 in the US, Huawei might reasonably hope to make up with intellectual property what it lacks in political favor currently in Washington. Last year, its 3,178 US patents ranked ahead of Microsoft and Apple, and seventh overall.

If you're Huawei, putting some of these patents to work looks like a decent way to recoup your investments after being ingloriously shoved out of the US 5G network buildout.

Hint: Expect more of this.

Verizon had pushed hard to encourage Florida's Senator Mark Rubio to propose legislation to keep Huawei from seeking patent damages in US courts. "We should not allow China government backed companies to improperly use our legal system against us," said the Republican in a tweet. But the Rubio amendment, which he filed in 2019 to the defense authorization bill, did not quite end up in the law books.

A second bill to that effect introduced with Texas Republican John Cornyn, the Prevent Abuse of the Legal System Act, failed too. In pre-trial hearings, Judge Gilstrap agreed with Verizon not to permit Huawei to use Verizon's lobbying efforts with Rubio in the trial.

Nevertheless, just one or two expensively won court victories either way could affect the way a slew of license talks get settled after.