A Géant In Europe's Science Community

My team at Dante , which operates the 500Gbit/s pan-European research and education backbone network GÉANT , works with national partner networks across Europe and international research collaborations to address the data needs of Big Science collaborations. Here's an idea of the diversity that a working week can bring.

MONDAY: BRUSSELS -- Working for a major European science infrastructure, it makes sense to maintain Géant's visibility to the organizations that fund us and to promote the network to important research initiatives.

Today I've been invited as an expert speaker at a workshop organized by the Organisation for Economic Co-operation and Development (OECD) on Distributed Infrastructures. Usually the OECD advises governments on how to recover from financial crises, but it does also take an interest in science policy.

The aim of the workshop is to share experience and best practice between projects that combine resources from across Europe (or indeed the world). It's a good opportunity to meet users of the Géant network and to present the experiences of the Géant consortium of 41 separate organizations -- long-established compared with most of the collaborations represented.

Afterwards, I head for home under the English Channel by Eurostar train.

I've been traveling to meet Dante's national network partners for nine years: either to work with the international science projects we support or to attend events. Dante is a not-for-profit company and so most of my travel -- two or three times a month -- is on budget airlines, which seems less fun when it's not for a holiday Eurostar is thus a welcome reprieve and a restful way to catch up on (virtual) paperwork.

TUESDAY: CAMBRIDGE, UK -- Back at Dante headquarters, my team make gentle fun of me and my (alleged) propensity for foreign travel. It's actually good to be back on dry land and I'm keen to make progress with some exciting projects we are working on.

Today, we are finalizing a proposal to provide and manage international network connectivity for a scientific organization with collaborations around the world. Many of the projects we are involved with are really pushing the boundaries of human knowledge.

Traditionally data-heavy science was associated with particle physics and astronomy: Those guys are still around, but now we see far more disciplines relying on the international capacity of Géant.

The earth sciences and biotechnology are two areas where the science is both data-heavy and the collaboration truly global. Apart from the technical capabilities and advanced architecture of Géant, one of the most important features is the reach of the network footprint.

Together with our national partners, Géant has existing connections to the vast majority of research and academic sites in 43 countries in Europe and in 66 other countries worldwide.

WEDNESDAY: Today with have a video conference to discuss improvements to the services we provide to CERN, the world's largest physics site in Switzerland. CERN remains one of our longest-standing and most data-hungry customers. Driven by particle physics, research networks really were pioneers of the Internet, reacting to the data-transfer requirements of the huge international collaborations centred at CERN and the many terabytes of data that these instruments can produce.

The latest generation is, of course, the Large Hadron Collider (LHC). Distributing the data generated by the LHC is a major influence on the way the Géant network is specified. Géant is a key part of both data-distribution networks currently carrying data produced at CERN and facilitating its analysis by collaborators at more than 100 sites around the world.

In 2012, CERN was the first customer for a Géant 100Gbit/s wavelength service that connects the main computing center in Geneva with its recently established remote datacenter in Budapest.

THURSDAY: Today I am discussing Géant's Cloud Strategy with colleagues from the Netherlands and Switzerland. Although Internet connectivity has today largely become a commodity, Géant still sees a differential between commercially available solutions and a network specifically built for large-scale data transfers and offering advanced services.

However, Géant isn't just about the international backbone; we are also working hard on higher-layer services to for the scientific community. An important part of this work is our partnership with the cloud-brokerage project Helix Nebula, which is a unique collaboration between the research community, data industry, and Géant.

FRIDAY: LONDON -- Today I travel to London to meet the Egyptian Minister for Scientific Research. He is heading an Egyptian delegation to the UK, investigating successful e-Infrastructure projects to encourage collaboration and share best-practice.

Clearly given the political changes in the North African region, priorities for government-funded infrastructures are under review, but ensuring that students and researchers can cooperate on equal terms with the best in the world is rightly a policy goal for many developing countries. Géant is such a successful model in the sphere of research and education networks that it has been adopted by other world regions, often with the help of Dante.

This means that similar regional networks are now operational in many parts of the world, from Asia-Pacific to Latin America. Global connectivity is also a significant benefit for our core European partners -- Géant now has more than 90 Gbit/s of capacity to regions outside of Europe.

WEEKEND: SUFFOLK , UK -- Finally, some time to relax. The weekend is spent at my house in a typical English village. It's a good time to throw on my overalls and make a few key adjustments to my vintage car. I'm running a 1926 Austin 7 and building another one from spare parts. Wielding a large hammer is great to switch off from the everyday stuff, but the cars have mixed feelings about such rough treatment. 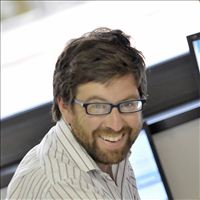 John Chevers 2/16/2016 | 11:41:51 AM
Re: Science Community GÉANT's global limit spreads pretty wide these days: Lebanon was recently announced as the 65th country outside Europe to connect to GÉANT. I'd be happy to discuss if you have particular regions in mind. John
Reply | Post Message | MESSAGES LIST | START A BOARD

John Chevers 2/10/2014 | 1:41:24 PM
Re: DTN-X Correct! GÉANT's multiple-100Gbps backbone is based on the Infinera DTN-X platform for our European fibre footprint -and we are making a good job of filling the big pipes....
Reply | Post Message | MESSAGES LIST | START A BOARD