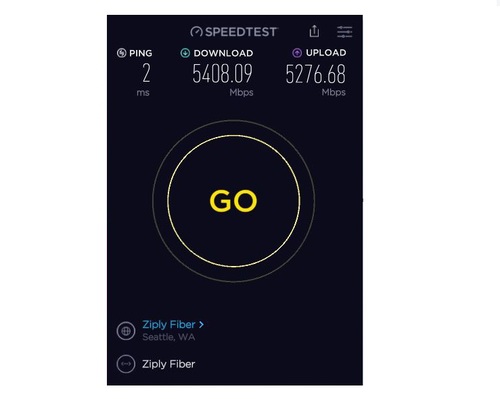 Ziply Fiber, formed in 2020 via the acquisition of Frontier Communications' operations in Washington, Oregon, Idaho and Montana, expects to launch the new multi-Gig tiers to the rest of its footprint by the second quarter of 2022, and to make them available in every new fiber market launched thereafter, Harold Zeitz, Ziply Fiber's CEO, said.

Zeitz said the launches prove that consumers don't have to live in a big city to get big speeds.

"It's a revitalization opportunity," he said. "It demonstrates the future-proof element of the technology."

Ziply Fiber's 5-Gig service starts at $300 per month, and the 2-Gig offering fetches $120 per month. That compares to a flagship 1-Gig service that presently sells for $60 per month.

The company also sells a 50Mbit/s tier for $20 per month and a 200Mbit/s service for $40 per month. Zeitz estimates that "well over half" of Ziply Fiber's broadband customers choose the 1-Gig tier.

Zeitz said offering broadband without a cap or a contract puts welcome pressure on the company.

"Yes, we think it's a differentiator, but I also think it helps motivate us to make sure we're delivering great service, he said.

Meanwhile, Comcast's targeted residential FTTP service, Gigabit Pro, was recently upgraded to deliver speeds of 3 Gbit/s for $299.95 per month (with a two-year contract).

Google Fiber, meanwhile, has been expanding the availability of a fiber-based service that delivers 2 Gbit/s down by 1 Gbit/s up. AT&T has hinted that a multi-gigabit service is in the works, but has not announced pricing or launch timing.

Ziply Fiber's multi-gigabit moves will put pressure on its main cable competitors  Comcast and Charter Communications  to get more aggressive with their plans to offer multi-gigabit services on their widely deployed hybrid fiber/coax (HFC) networks.

While high-split upstream enhancements on existing DOCSIS 3.1 networks will help to beef up speed performance, both Comcast and Charter have been pushing forward with tests of DOCSIS 4.0 technology.

Comcast's latest trials have pumped out symmetrical 4-Gig speeds, while Charter has tested speeds of 8.5 Gbit/s down and 6 Gbit/s up on a lab network built out to 1.8GHz.

For customers that make the leap to its fastest speeds, Ziply Fiber will deploy a new optical network terminal (ONT).

However, those customers will likely need to upgrade or update some of their in-home networking tech. To open up any potential in-home bottlenecks, Ziply Fiber is recommending an Asus AX6000 Wi-Fi 6 router or a similar device. Customers will also need an SFP+ (enhanced small form-factor pluggable) with an RJ-45 connector that's compatible with the router to deliver up to 5-Gig. 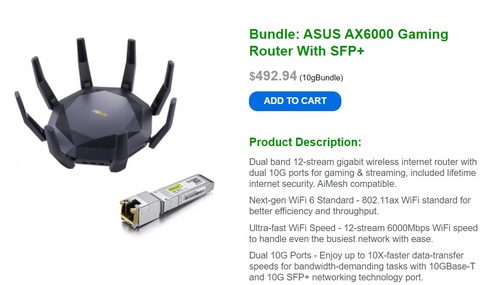 To enjoy a full 5-Gig, customers will need a wired connection to the router. Depending on the performance capabilities the computer, a customer on Ziply Fiber's multi-gig service will likely need an Ethernet adapter/dongle that supports 2.5-Gig or 5-Gig.