Forget about the pandemic, spiraling inflation, globalization's death, Putin's meddling in Eastern Europe, Xi's antics in the South China Sea. The real crisis that confronts the UK is what its Public Accounts Committee (PAC) grandly calls "the great digital divide," seizing the adjective used to describe the first global conflict of the twentieth century and the economic depression of the 1930s.

Without gigabit for all, "social and economic inequality" will sweep the country like a virulent strain of COVID-19, worries Dame Meg Hillier, PAC's chair. You can envisage the unfairness of it all: countryside-dwelling widowers unable to download a Saturday-night holographic dancing partner on their sub-gigabit connections; teenage gamers in remote Welsh communities crashing out of the metaverse in broadband disgrace. Oh, the horror. 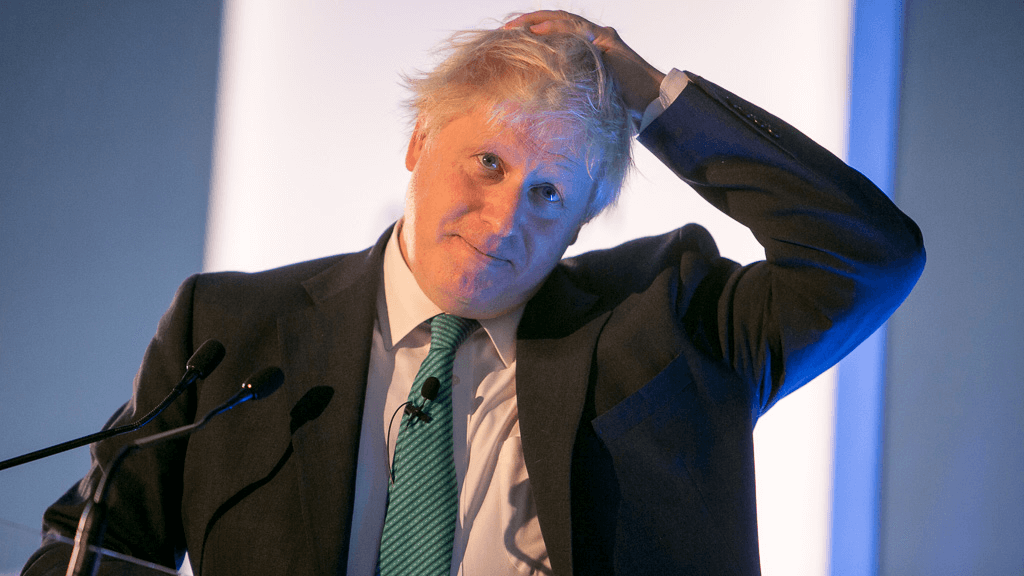 Hillier and her PAC pals were delivering the latest rebuke to Boris Johnson, a prime minister seemingly impervious to mounting criticism. One of his typically impulsive manifesto pledges, presumably conceived after a morning spent bashing an unresponsive computer, was to furnish the entire country with gigabit services by 2025. Only PAC took that semi-seriously, it appears. Evidently upset when the government subsequently, and more reasonably, said it would aim for 85% coverage instead, PAC is now professing alarm that communities are being left behind  as if Johnson has cut off their water.

It is only "thanks to Virgin Media," a cable operator, that gigabit services are widely available, writes Hillier, who is incredulous that the government "still [her italics] doesn't have a real plan for getting the rest of the way to its own downgraded targets."

PAC's position and analysis are total nonsense, of course. Gigabit for all was never a realistic prospect in the UK or any other country that is not just a cluster of high-rise multi-dwelling units. Nor should it be a public-sector spending priority in the immediate aftermath of the pandemic  any more than the government should subsidize the installation of smart TVs or gaming consoles.

Despite Hillier's tone of disgust, the UK's gigabit situation has also dramatically improved since Johnson took office  and not just because of Virgin Media, which even plans in the late 2020s to phase out the DOCSIS technology it uses for most of those connections, replacing the lot with fiber. Credit for the infrastructure improvements that will eventually support gigabit services goes mainly to BT, the often-maligned national telecom incumbent.

Since June 2019, BT has built full-fiber connections out to nearly 4.3 million homes, giving it a footprint of about 5.8 million in total at the end of September 2021. It will have invested nearly £5 billion ($6.8 billion) in capital expenditure this fiscal year (ending in March), up from £4.2 billion ($5.7 billion) for the previous one. According to government figures, it expects to reach 25 million properties by the mid-2020s, a figure that represents about 90% of the 2020 total.

This already casts doubt on Hillier's assertion about the absence of any plan for reaching "downgraded targets." BT stubbornly resisted investing in full-fiber networks for years, dismissing the need for them as it worried about the investment case. That changed partly because Ofcom, the regulator, promised to relax some of its pricing controls.

The arrival of new fiber competitors is the other development that persuaded BT to invest. There are now dozens of companies building fiber in specific regions, meaning parts of the UK will be served by two or more physical networks. Although not all of them will survive, private-sector competition should help lower costs and spur take-up  an achievement no rational person would expect of a major public-sector initiative.

Under Johnson's government, UK fiber has been on a hot streak. In a report published as recently as December, Ofcom reckoned full-fiber broadband was available to 8.2 million properties, up sharply from 3 million in late 2019. No doubt, this puts the UK a long way behind European fiber leaders such as Portugal and Spain, where full-fiber networks are available to most households. But the gap is shrinking. And today's government can hardly be held responsible for what its predecessors did or did not do.

PAC is right to point out that private-sector investment plans will not extend to all parts of the UK. But the number without access to a decent broadband connection, whether supplied by fixed or mobile technologies, was a negligible 123,000  or 0.4% of the total  in December, according to Ofcom. Why taxpayers should fund a luxury upgrade to gigabit for people with perfectly adequate broadband services is a question for Hillier and her pals. Perhaps they think that public money should fund Lake District loft conversions, too, or garden makeovers for residents of rural Dorset.

The time will probably come when a gigabit connection is a prerequisite for modern-day living, needed for study, work or access to essential amenities. When that seems even a tad likelier, a debate about public-sector funding would not look stupid. But today, even the most pathetically slow broadband service is good enough for e-commerce, emailing spreadsheets, booking appointments, downloading schoolwork, filing tax returns and anything else unavoidable that COVID-19 has forced online. And BT's sub-100Mbit/s service can easily cater to a four-person household of Netflix-watching adults and gaming kids. Universal gigabit provision should be at the bottom of the government's to-do list.

Like what we have to say? Click here to sign up to our daily newsletter
COMMENTS
Newest First | Oldest First | Threaded View
Add Comment
Be the first to post a comment regarding this story.
EDUCATIONAL RESOURCES
sponsor supplied content
Small cell densification for 5G
Which Path to Convergence Is Right for You?
Helping FTTx Networks Like Yours
Educational Resources Archive
More Blogs from Morris Lore
6G has every chance of screwing the carriers