Nokia puts boot into open RAN and Telenor joins in

The high priests of open RAN must be horrified. Nokia, generally assumed to be the most enthusiastic disciple of open RAN among the big kit vendors, has turned heretic. Its blasphemy includes suggestions that open RAN is likelier to overheat the planet and be hacked by nefarious organizations than a traditional system. Regulators should back off and let the market decide on the technology, it declared.

The heresy came from no less a person than Florian Damas, who heads up Nokia's policy and regulatory affairs team, and surfaced during an online conference part-organized by BEREC, a club of European regulators that is trying to figure out if the open RAN cult has the broad appeal of Christianity or is more like the UK's Monster Raving Loony Party.

"You are talking about ways for new entrants to run their software on commercial, off-the-shelf cloud-computing platforms," said Damas. "The reason why established vendors have custom-made system-on-a-chip hardware solutions is to ensure that we meet the targets when it comes to energy efficiency. We have to be very careful between everything on common platforms and the objective of the green deal to reduce energy consumption." 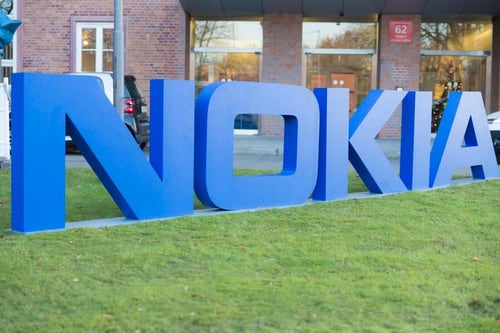 Open RAN has become almost synonymous with the idea of running third-party software on general-purpose x86 processors. The trouble is that x86 is a power hog, as far as the experts are concerned. "No one disputes that you can do Layer 1 with an accelerator using x86 for wireless. The problem is you need a room compared to one box or a rack," said Earl Lum, a semiconductor analyst with EJL Wireless Research, during a previous conversation with Light Reading. "As a designer, you would say what is the point of this because the system wouldn't scale."

John Strand, CEO of Danish advisory group Strand Consult, has also drawn attention to the x86 power issue. "Open RAN is reportedly using the Intel x86 processor, which is less efficient than specialized RAN chips," he said in a recently distributed research note. "If energy use increases, cost increases, as does carbon emission, depending on the energy source." Open RAN, then, might come with sea views in central London.

On the cost side, Dish Network, a US open RAN missionary, had this to say in an official statement about the choice between x86 and the Arm-based Graviton processors that AWS has developed. "AWS's custom-designed Graviton2 processors with 64-bit Arm Neoverse cores provide up to 40% better price-performance over comparable current-generation x86-based instances." Dish's initial rollout of an open RAN network is based on an x86 platform, however. Marc Rouanne, its chief network officer, told Light Reading there are still "a lot of questions" about the alternatives.

But Nokia's Damas wasn't for stopping at efficiency or green issues. The multitude of parts and products originating with different vendors will present a major systems integration effort and security challenge, he said  largely because "security needs to be built into the system fairly early on in the design phase rather than being added only in the process." Damas went on to point out that "if open RAN is meant to diversify the network, it still requires the same security checks."

Despite airing what sound like showstopper concerns, Nokia has swung behind open RAN as part of its mobile network strategy, promising that a full set of open RAN products will become available to customers later this year. Its position contrasts with that of Sweden's Ericsson and China's Huawei, neither of which has had a Damascene conversion (see what we did there) to open RAN.

Yet Nokia does appear to share Ericsson's concern that European governments could mandate the rollout of open RAN technology. "Since open RAN is the natural technology evolution, respective deployments should be market-driven and not mandated," said Damas. "If introduction will take place gradually, as open RAN matures, then it should be left to telecom operators' choice of how to design their respective network architectures."

There are some worrying signs of the opposite already. In the UK, in particular, a telecom taskforce set up by the government has recommended that operators use open RAN across 25% of their networks by the mid-2020s. If this became a government mandate, Nokia, as one of the incumbent suppliers, could lose out  whether or not it has a portfolio of open RAN products.

While Europe's big telco groups have clubbed together and asked regulators to back open RAN, others sound unconvinced. Jimmy Ahlstrand, the chief corporate affairs officer of Telenor Sweden, ruled out open RAN as a "short or medium term" choice and doubted it would have been allowed under Sweden's latest rules.

"The security setup or model for security would be a bit different than the typical solution we've had," he said today. "We have undergone an extensive review of the parties that want to provide 5G in Sweden and I would say that the regulatory framework used in that context wouldn't have allowed for an open RAN solution."

Sweden famously ordered the recipients of 5G spectrum licenses not to use equipment supplied by Huawei or ZTE, a smaller Chinese vendor, when building their 5G networks. That quickly prompted Net4Mobility, a joint network venture between Telenor and Tele2, to switch from Huawei, its 4G provider, to Ericsson and Nokia. Even if it could without rousing the security watchdogs, jumping from this to a new, unproven technology would be expensive and risky.