Not many companies could lose 70% to 80% of their staff and still be commercially viable, but this is the percentage of employees laid off in a savage round of cuts by Parallel Wireless, according to a report from The Mobile Network. LinkedIn posts by former employees and statements to the press by Steve Papa, the Parallel Wireless CEO, certainly point to cuts that are sweeping and deep. The Canada unit has been scrapped, said Maxime Dumas, its general manager. If The Mobile Network is right, the organization has shrunk from around 1,000 to just 200 or 300 employees. Parallel Wireless would look paralyzed.

It is not the first young company to suffer a post-COVID-19 malaise as inflation soars, tech stocks lose value, supply chains gum up and investors back away. Nor will it be the last. Sigfox, a French company that had struggled to make an impact on the "Internet of Things," filed for bankruptcy earlier this year and was eventually bought. Silicon Valley is in turmoil as venture-capital investment slumps. What remains of Parallel Wireless  its staff, some intellectual property and deals that may be difficult to execute  could be sold.

Parallel Wireless is still known mainly as a pioneer of the open and virtualized radio access network (RAN). Operators have traditionally bought dedicated hardware and software from a cluster of giant vendors. Ericsson, Huawei and Nokia dominate that market, and customers have had to buy all their RAN products for a given site from one vendor's system. Papa preached about the virtues of virtualization, allowing his company's RAN software to sit on general-purpose equipment. With better interfaces, an operator would be able to use that software alongside a third-party radio in a true multivendor setup. Specialists like Parallel Wireless would have a role that did not previously exist. 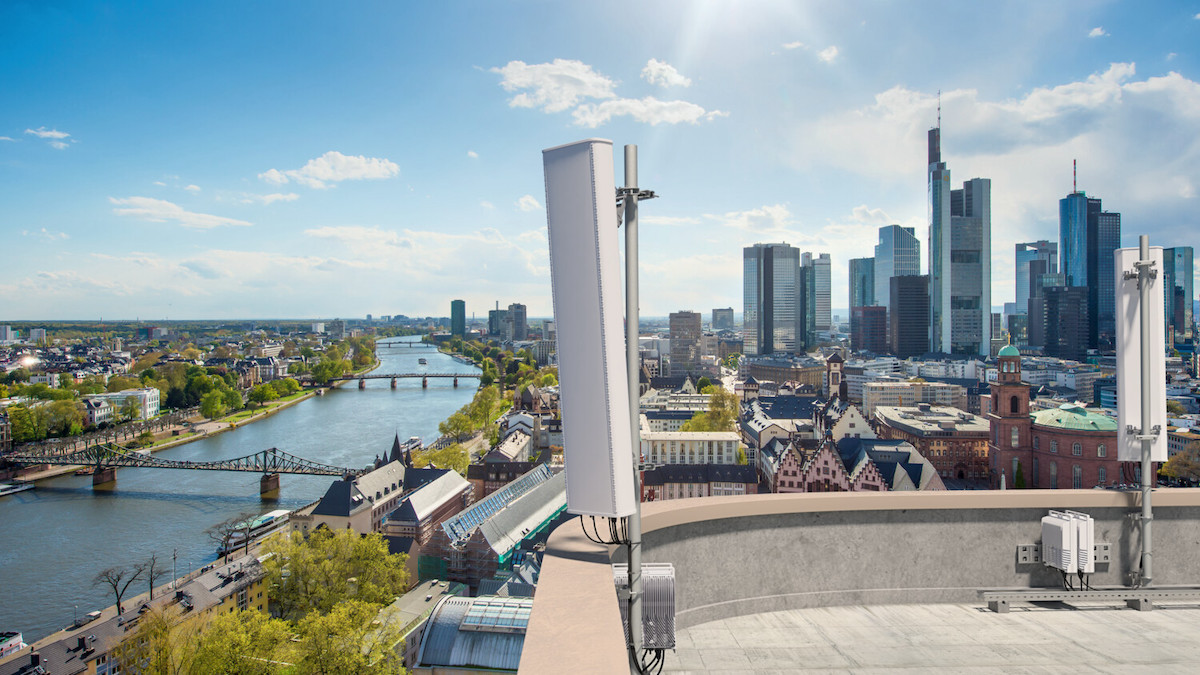 Papa's main problem was not related to "open RAN," however, but Huawei. Unlike various other companies promoting open RAN, Parallel Wireless did nearly all its business in the low-income markets of Africa and Latin America  regions that have become increasingly important to China's largest equipment vendor as Western governments either restrict its activities or ban it outright.

"Parallel is competing internationally in cost-conscious markets against Huawei for mobile network business," said Gabriel Brown, a principal analyst with Heavy Reading (a sister company to Light Reading). "Huawei is fighting harder than ever in these markets as life has got harder in Europe. It is pulling out all the stops. This is very difficult to compete with for even the biggest OEM vendors. For smaller suppliers, it's more or less impossible."

Huawei is not the only Chinese problem, either. ZTE, a smaller vendor directly backed by China's government, faces similar restrictions in Australia, Canada and Europe. Governments fear cyber-snooping by China's government, using "backdoors" installed in network products (no conclusive evidence of this has ever been presented). Operators worry about using ZTE in case authorities subsequently grow more hostile toward it. Like Huawei, ZTE is concentrating its efforts (outside China) on friendlier markets where Parallel Wireless also roams.

A Chinese onslaught in these low-income stamping grounds would, of course, be less troublesome if there were a huge appetite for Parallel Wireless elsewhere. One issue is the relatively small size of the addressable market. Omdia, another Light Reading sibling, expects companies to spend about $45.1 billion on the RAN this year but says only 5% of this amount will go on open RAN products. Analysts remain upbeat. Both Omdia and Dell'Oro, an independent market research company, believe open RAN will account for 15% of RAN sales by the mid-2020s. If it were that big today, Parallel Wireless might not be struggling so much.

"It's sad for the people impacted, but we don't interpret it as a negative sign for open RAN in general," said Remy Pascal, a principal analyst at Omdia, when asked for his reaction to the Parallel Wireless news. "Operators planning to adopt open RAN are not changing their plans because of this unfortunate situation, and there is still a sufficient choice of vendors, including Parallel Wireless."

Quite. The $2.3 billion sector in 2022 is fiercely contested, featuring more new faces than freshers' week at college. While Parallel Wireless does not disclose details of revenues or profitability, it appears to be a very small player in the mix, one barely visible among companies deploying open RAN in developed markets. "Parallel Wireless has some good engagement with operators around the world, but they lack one of these major deals," said Pascal.

Notably, Dish in the US, Rakuten in Japan and 1&1 in Germany  the world's three most prominent greenfield investors  have all picked alternatives to Parallel Wireless. So has brownfield Vodafone UK, which chose Samsung for RAN software at about 2,500 sites (where it is replacing Huawei) after it had flagged up trials in the UK and Ireland with both Mavenir and Parallel Wireless.

Smallness in the case of Parallel Wireless is partly a consequence of specialism. Unlike many of its rivals, it has (in recent years) remained focused on one bit of the value chain  developing baseband software. This makes it one of the purest examples of a specialist and aligns closely with the open RAN philosophy. But it also means Parallel Wireless has little else to offer customers or fall back on if open RAN business is slow.

The contrast with Altiostar and Mavenir is stark. The former today has a parent worth $7 billion on the Japanese stock exchange after being acquired last year by Rakuten. Now part of the Rakuten Symphony unit, it fills one position in a lineup of network products, allowing Rakuten to market itself much like Ericsson or Nokia, as a turnkey vendor.

Mavenir, meanwhile, has expanded into developing radio units as well as baseband software. But most of its revenues come from other divisions responsible for IMS and core network products. Sales are understood to have hit about $600 million annually, from $427 million in 2020 (that latter figure was included in a filing with the Securities and Exchange Commission when Mavenir was considering an initial public offering).

The danger in today's recessionary climate is that smaller companies are squeezed out by industry giants like Samsung  players with vast resources, able to package up several products for an attractive fee. "It is true that industry scale helps a lot," said Yago Tenorio, Vodafone's head of network architecture, when commenting on the misfortunes of Parallel Wireless in front of reporters this week. "With open RAN today, in the majority of cases there are players that have existing scale in adjacent areas of industry that can move laterally to leverage that scale. That applies to Samsung as it applies to Intel or Qualcomm or Dell."

Parallel Wireless had most likely burned through cash it needed to pay staff and would have struggled to raise additional funds in today's market. The loss-making Mavenir was fortunate enough to receive an investment of $500 million from US billionaire Charles Koch in April last year, when the technology sector still seemed a good bet (Alphabet's share price rose 69% in the year to May 2021). And Altiostar is cushioned by Rakuten. Crunchbase, a website that tracks startups, puts total funding for Parallel Wireless at just $8.8 million and says this came in two rounds, the second of which happened in February 2016.

Just a few months ago, Parallel Wireless reportedly said it wanted to double its workforce by the end of this year. New office premises were also being eyed. Notwithstanding the worsening conditions, to go from that point to the carnage of recent days calls management into question.

Update: Omdia's forecast number for the size of the RAN market this year has been changed to reflect the latest data. The original version of the story referred to an older forecast that was slightly different.