The choice between a traditional radio access network (RAN) and open RAN is starting to look like a toss-up between an oligopoly formed of Ericsson, Huawei and Nokia and an outright Intel monopoly. Saying as much is blasphemous in devout open RAN circles because their whole anarchic idea is that no one is ultimately in control. But religions have a habit of putting dogma above truth.

Government authorities in the US, the UK and other parts of the world have been indoctrinated, partly because Intel's dominance is neither obvious nor well understood. It is far less visible than Ericsson, a vendor of entire RAN systems, and far less controversial than China's Huawei. Intel is buried deep in the guts of the network, where its chips keep the data pumping. In the next few years, it may be impossible to find an open RAN network that does not have Intel inside. 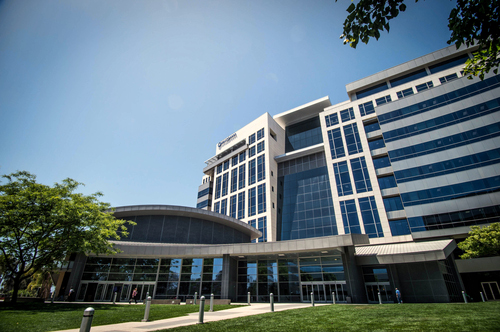 "Today, Intel is the only one that contributes Layer 1 solutions to the open RAN community, which is not good enough," said Alex Choi, the senior vice president of strategy and technology innovation for German operator Deutsche Telekom, during an interview with Light Reading in February last year. "Once we find another very good silicon partner, like Qualcomm, and they bring their own modem solutions not only for the phone but also for the open RAN infrastructure side, it will be a lot easier."

Layer 1 refers to the baseband processing that takes place at the bottom of a mobile mast in the majority of today's networks. Traditionally, the processors would be developed by Ericsson, Huawei, Nokia or another big kit vendor, sometimes working with silicon partners. With open RAN, most baseband functions are handled by a network box called a distributed unit (DU) that can be moved away from the mobile site. In this set-up, the processors, seemingly without exception, come from Intel's stock of x86-based chips.

In a portent of what open RAN could bring, both Ericsson and Nokia have already signed deals with Intel for their "virtual" RAN portfolios, allowing their baseband software to run on x86 processors. Announced this week, Ericsson's Intel-based service will be available from late next year. Nokia already claims to have one. "In the virtualized DU, we have for Layer 1 processing Intel CPUs [central processing units] with Intel eASIC hardware acceleration," says Tommi Uitto, the head of Nokia's mobile business.

Plain old x86 turns out to be a costly and rather inefficient substitute for customized chips. The "eASIC" hardware accelerators that Intel has developed are designed to overcome some of the performance problems. And the good news for Choi is that Intel is not the only option for these accelerators.

Qualcomm, the company the Deutsche Telekom man cited last year, is working on a DU chip that would do much the same as Intel's eASIC product. "What our processor is going to do is effectively offload some of the really complex radio calculation, and since it is offloading that it needs to be integrated with the larger distributed unit architecture and the DU accelerator card is the physical means to do that," said Ben Timmons, the director of business development for Qualcomm Europe, during a media roundtable this week.

But this would still leave Intel as the provider of the CPU, and Qualcomm, perhaps unsurprisingly, has no immediate plans to challenge it. "Right now, we are focused on the bit we are really good at and for DU that is really about hardware acceleration, rather than the core processing aspect," Timmons said in answer to a Light Reading question. "There is plenty to do and we think we can help to deliver a much more powerful and economic design by adding that acceleration. That is really the main focus and we need to get on and do that."

If not Qualcomm, then which companies could feasibly step up? The only real architectural alternative is Arm, the UK-based designer of blueprints for the processors used in most smartphones. Qualcomm is one of its most important customers. Other clients active in the network infrastructure market include firms such as Marvell and Xilinx, both of which see opportunity in open RAN. Even more interesting is AWS, which has used Arm blueprints to make its own Graviton2 processors. Those could potentially support an open RAN deployment by Dish Network, which plans to rely heavily on the AWS public cloud.

A lack of hardware alternatives is not the only problem, though. Many of the software companies that have mushroomed on open RAN pastures were fertilized by Intel. Altiostar, Mavenir and Parallel Wireless all base their smarts on FlexRAN, a reference stack that Intel began developing about ten years ago. While not based on FlexRAN, Samsung's software also runs on an x86 platform, according to a representative for the South Korean challenger to Ericsson et al. Dish has picked Altiostar and Mavenir. Running their software on top of Graviton2 processors would not be straightforward. Unenthusiastic about introducing new software providers, Marc Rouanne, Dish's chief network officer, thinks an "abstraction layer" might be needed.

One company claiming to have software that is entirely independent of the underlying hardware is Amarisoft. It was previously courted by Orange, the French telecom incumbent, and even talked up as a potential software alternative to big kit vendors. But it remains tiny, with just 11 employees, and its relationship with Orange has fizzled out, says Franck Spinelli, its co-founder and CEO. Outreach to major service providers is difficult for such a small company, he admits.

There is a dearth of other firms making the same claim. Nokia says its virtual RAN software is compatible with any CPU in the central unit, a part of the RAN that looks after higher-layer processing needs. Accelleran, a Belgian startup, promises the same and does not even develop Layer 1 software. Ericsson says its technology is "agnostic" but has no way of proving that without commercial partners besides Intel.

If the mainstream market for data center servers is any guide, the hardware prognosis is not encouraging. Intel's share today is estimated at between 90% and 95% of that market, and AMD, its chief competitor, is bound to the x86 system. "Intel has been able to control x86 microprocessor and computer system standards and benchmarks and to dictate the type of products the microprocessor market requires of us," said AMD in its last annual filing with the US Securities and Exchange Commission. Nobody in their right mind would describe this as healthy.

Update: The story has been amended to say that Samsung's software is based on x86 but not FlexRAN, following feedback from the company.