Dish is still working on 911 service for its 5G network

LAS VEGAS  Dish Network technicians are working to make sure the company's forthcoming 5G network will be able to handle 911 calls and are currently testing the service. The company executives remain confident that Dish will be able to cover 20% of Americans with 5G by a federally mandated June deadline.

Providing 911 services "turns out to be a little harder than we thought," Dish Network Chairman Charlie Ergen said during a keynote here at the NATE Unite conference. But he said that "this isn't something that's going to take a lot of months."

NATE is a trade association representing the nation's cell tower climbers. Ergen spoke at the event Wednesday during a keynote session with FCC Commissioner Brendan Carr that was moderated by Jennifer Fritzsche of Greenhill & Co. 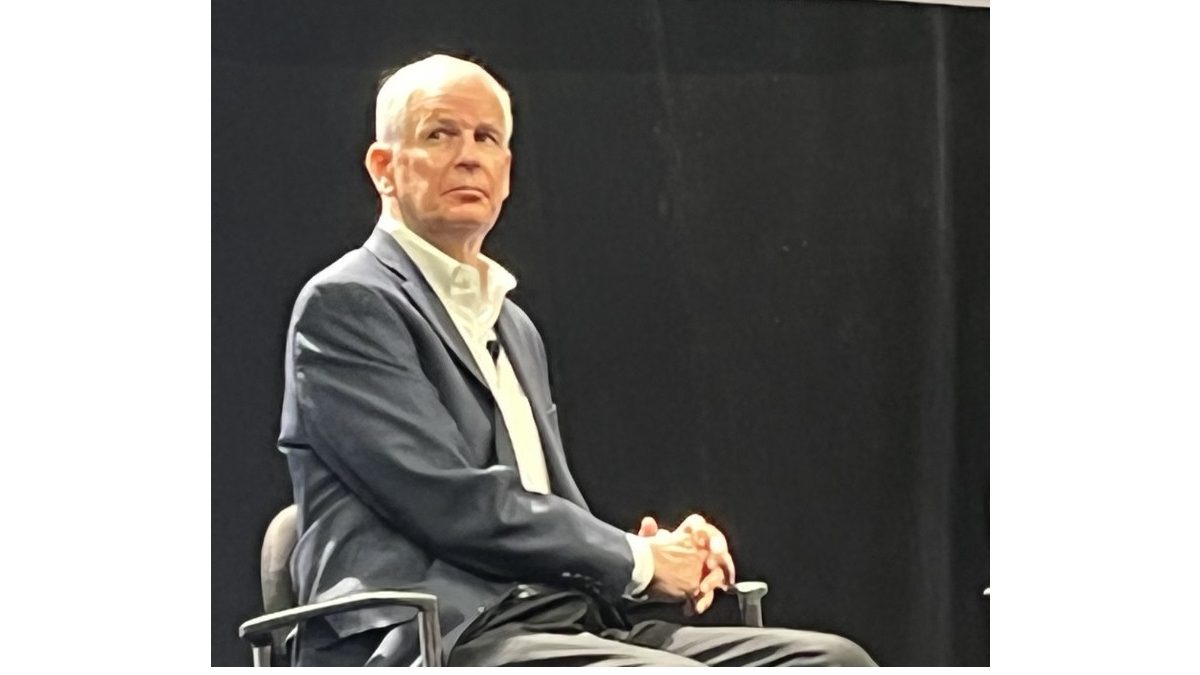 "I'm really happy to see the work Charlie and his team are doing," Carr said, noting he had recently visited a Dish cell site in Las Vegas. (Carr on Wednesday tweeted about the visit.) "More competition is good."

Ergen said Dish currently operates 148 cell towers in Las Vegas  a figure that lines up with recent tests of Dish's network in the city. "The city is pretty well covered today," he said. Ergen added that Dish is "on track" to switch on commercial 5G services by June.

Ergen said the network will be completely unique in the world in that it will exclusively use 5G, it will run in the cloud, it will be based on an open RAN network architecture, and that it will use Voice over NR (VoNR) technology. "That just doesn't exist," he said.

"You're helping us build something special," Ergen said to the cell tower technicians in the audience.

Ergen said Dish plans to sell 5G services to both enterprises and consumers. He said the company probably won't be able to amass 100 million consumer customers like Verizon and T-Mobile have. But he suggested it's possible that Dish might accumulate 40 or 50 million customers. "That's still a good business for us," he said.

Ergen acknowledged that Dish has been collecting spectrum licenses for more than a decade in advance of its 2019 agreement with the US Department of Justice. That agreement paved the way for T-Mobile to acquire Sprint and positioned Dish to become the nation's fourth big wireless network operator. As a part of that agreement, Dish is on the hook to cover 20% of the US population with 5G by June.

Interestingly, Ergen suggested that Dish had an opportunity to sell its $30 billion worth of spectrum licenses  but didn't. "We had a chance to sell the $30 billion for a lot more than $30 billion," he said. He did not provide details on who the buyer might have been or when the offer was on the table.

Now, though, Ergen said Dish is committed to building a 5G network in the US, a move he said would help "bring back US leadership" in the sector.

Ergen covered a variety of topics during his session with Carr, including how Dish might use the midband spectrum it recently purchased during the FCC's C-band and 3.45GHz auctions. He suggested that enterprises and others will use unlicensed 3.5GHz CBRS spectrum to build private wireless networks, and may look to expand those operations using licensed spectrum  he said Dish would be able to meet that demand with its new midband spectrum holdings.

He also addressed concerns that cloud computing companies like Amazon and Microsoft are increasingly encroaching on the network operator market. "It's certainly potentially a threat," he said, but he explained that he ultimately views cloud providers as friends to Dish because they will eventually need licensed spectrum.

Indeed, Dish last year inked a major agreement with cloud computing provider Amazon Web Services (AWS) that in part calls for Dish to run its network operations inside of the AWS cloud. But Ergen said the deal will also allow AWS to help sell Dish's 5G services. "I think they open a lot of doors for us," he said. "I see that as a positive for where we're going."

Ergen also reiterated his interest in network sharing. He pointed to the new sharing deal Australia's Telstra struck this week with TPG Telecom. "There's a lot of sharing that can go on, as long as there's an attitude where you can't have everything," he said.