During a recent presentation, Dish Network's Sidd Chenumolu said the company is interested in implementing radio access network (RAN) sharing technology in its 5G network. However, he acknowledged that such technology remains more of a concept than a concrete offering and said it would take a long time for Dish to implement it in any commercial form.

"This is a perfect case for RAN sharing, neutral hosting," Chenumolu, VP of technology development for Dish, said of the operator's 5G networking plans. "We are not there yet, but I think this is a challenge to the industry and the community in general to make it happen." 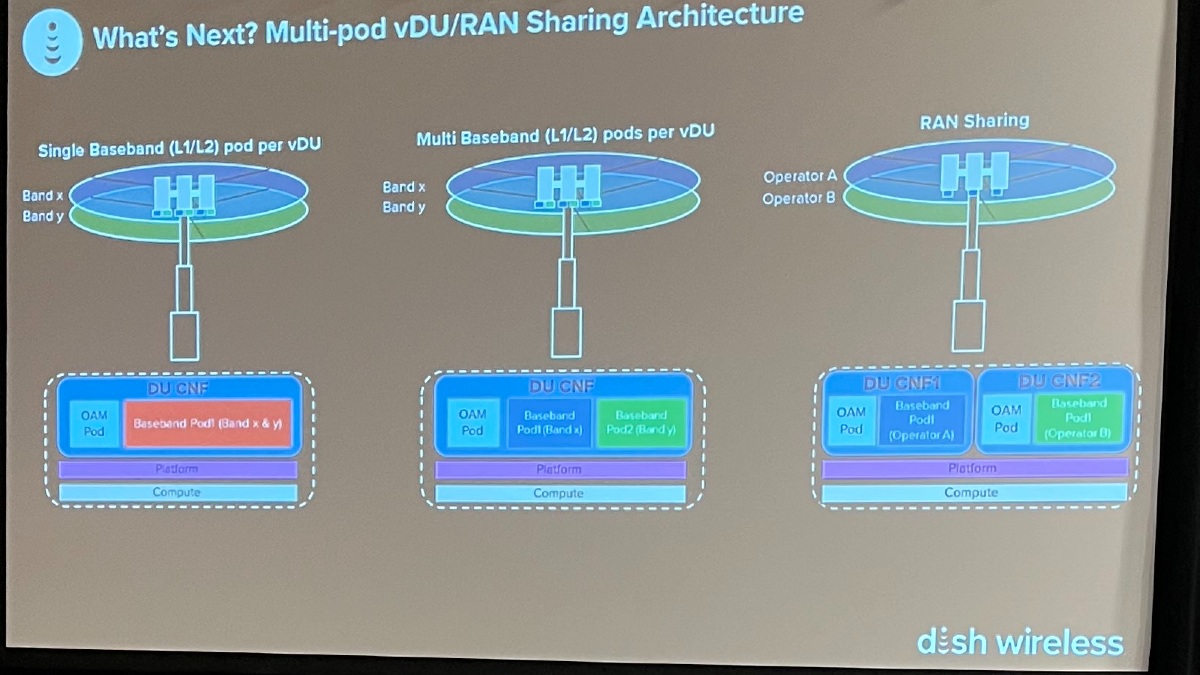 In a presentation at the recent Big 5G Event trade show in Austin, Chenumolu explained that Dish's 5G network design remains a work in progress. He said the company continues to research ways to make it more efficient and effective.

One way to increase flexibility is to share networking functions across multiple computing resources, he said. Another is to run RAN operations for multiple operators.

Yet another design contemplated by Dish: pooling the computing resources for distributed units (DUs). 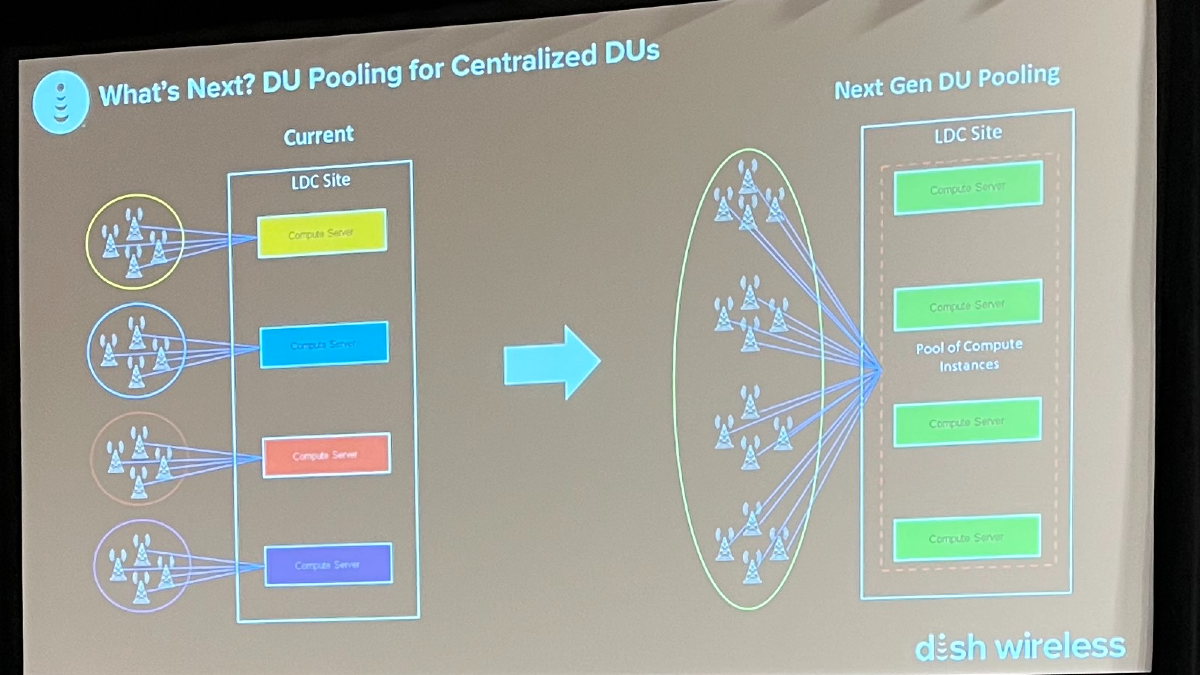 It's still very early days for Dish. The company is in the process of lighting up commercial 5G services covering roughly 20% of the US population in order to meet US government coverage mandates.

However, it's clear Dish executives are looking beyond those immediate deadlines. For example, company officials have taken to LinkedIn to tout Dish's moves into California. That's noteworthy considering Dish's network buildout chief, Dave Mayo, has said the company has mainly focused its initial efforts in the central part of the US, in cities like Denver and Las Vegas, and that Dish plans to save coastal cities like New York and Los Angeles for later.

But Dish now appears to be headed into California in a major way, based on a number of job postings for network management technicians in the state.

More broadly, though, the company has been touting the new services it will be able to offer thanks to its cloud-based, software-powered network design. According to Chenumolu, RAN sharing would be a natural offshoot stemming from the flexibility supported by Dish's 5G network design.

However, executives in the US cell tower industry don't expect RAN sharing to catch on.

During a separate trade show  the Connect (X) event in Denver  cell tower officials speculated that RAN sharing would be difficult to implement.

Network operators "just don't play well with others," explained Jeffrey Stoops, the CEO of SBA Communications, one of the nation's largest cell tower operators. He added that US wireless network operators won't choose to share RAN equipment because it would eliminate their competitive edge.

Interestingly, IHS Towers has recently begun including the possibility of RAN sharing in its contracts with its network operator customers, according to CFO Steve Howden. However, Howden said that, so far, none of IHS' customers have implemented RAN sharing. IHS owns towers in Latin America and other international markets.

The topic of RAN sharing has been repeatedly discussed amid 5G buildouts. Some proponents of the approach argue that it could dramatically reduce network operators' costs by eliminating overlapping network buildouts. On the other hand, it could also eliminate the coverage advantages one operator might have over another since they would be sharing the same RAN equipment.

"The idea of RAN sharing is more pervasive internationally where economics are more challenged (low ARPUs, average revenues per user), and more often it's regulated by government bodies that mandate it," noted the financial analysts at Cowen. "The US carriers are very healthy (high ARPUs, high demand), fierce competitors, choose control and security, and subsequently tower companies see 'zero interest' in shared RAN from their US customers."