Network equipment vendor JMA Wireless enjoyed a public relations victory last week when it hosted top US government officials at its new manufacturing facility, which is scheduled to open later this month in Syracuse, New York. JMA is touting the factory as "the first and only US-owned 5G manufacturing facility in the country."

The company's press event last week featured appearances by US Senate Majority Leader Chuck Schumer, Deputy Secretary of Commerce Don Graves and Ben Walsh, the mayor of Syracuse. In a statement, Schumer said that JMA's new factory will help "ensure American manufacturers  not Chinese or other foreign companies  are at the front of the line for new work when it comes to rebuilding America's infrastructure." 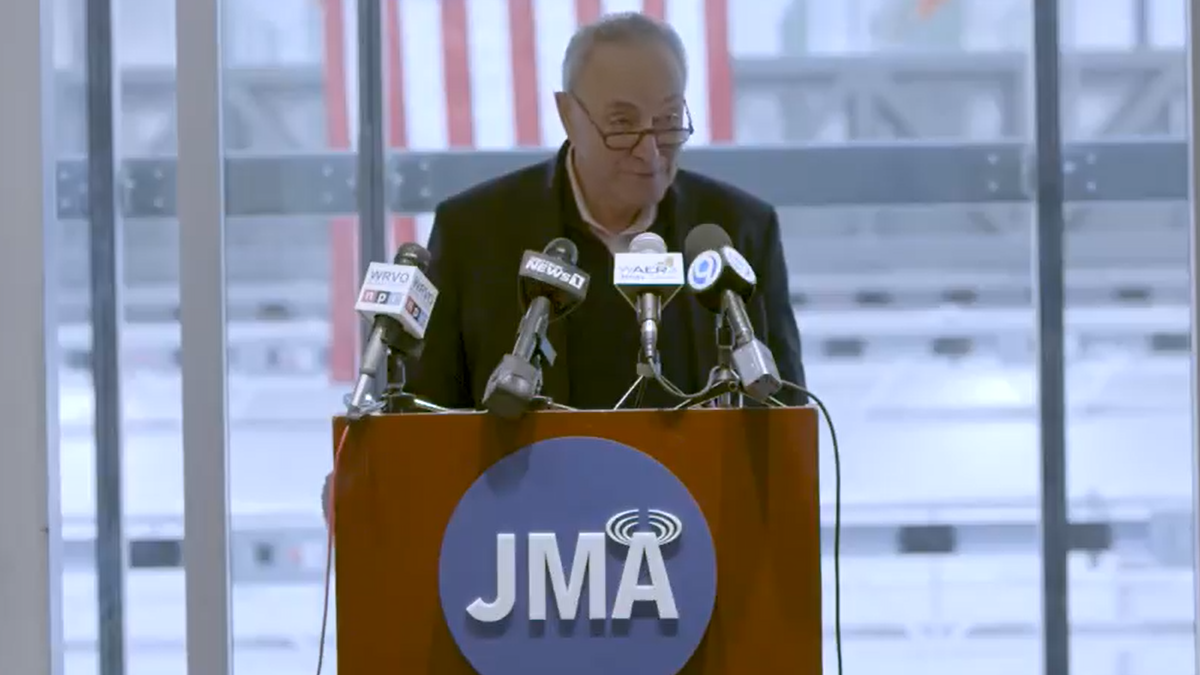 Others at the event agreed with Schumer.

"The reason the Commerce Department is so committed to making our supply chains more resilient and revitalizing American manufacturing, is because we know that in too many areas, our country has fallen behind the rest of the world due to complacency and chronic lack of investment," said Deputy Secretary Graves in a statement.

JMA is hoping to cash in on new rules that would require some federal telecom subsidies to be spent on equipment produced in the US. Specifically, the Infrastructure Investment and Jobs Act (IIJA) passed last year includes a "Build America, Buy America" provision.

The IIJA is important because it allocates a record $42 billion for the construction of broadband networks around the country. The NTIA, an agency inside the Commerce Department, is in charge of developing the rules around the allocation of that money. The NTIA recently opened a proceeding on how to best craft those rules.

For JMA, the rules are already clear.

"JMA applauds the inclusion of 'Build America, Buy America' provisions in the new infrastructure law, which will support American workers, including the at least 200 people JMA expects to hire at our 5G facility in downtown Syracuse," JMA CEO John Mezzalingua said in a release from the company. "Importantly, this is just the beginning of a broader expansion and investment in Syracuse that we expect to create even more jobs over time."

But some of the telecom industry's biggest trade associations aren't so pleased.

"Americans without access to broadband cannot wait for a domestic supply chain to be developed out of whole cloth," wrote trade groups including the CTIA, CCA, USTelecom and NCTA. Broadly, the groups represent most of the large and small telecommunications carriers in the US, including those in the 5G industry.

In their letter to the Commerce Department, the groups argued for a waiver for information and communication technology (ICT) products from the "Buy America" provision. Under the terms of the provision, 55% of the cost of the components in a telecom product must come from US-based sources.

"While a few individual network elements might meet the 55% domestic content threshold they are extremely limited in number, and it appears that no combination of network products would meet the IIJA's content requirements from end-to-end," the trade associations argued.

Open RAN as a US catalyst

It's noteworthy that the IIJA's "Buy America" requirements are being debated at a time when some US-based suppliers of telecom technology are being acquired by international companies. Specifically, Japan's Rakuten recently acquired all of Altiostar, and Tokyo-based NEC purchased Blue Danube, a specialist in beamforming for massive MIMO.

The acquisitions are important considering both Altiostar and Blue Danube were among a small but vocal group of US-based companies arguing that open RAN technology could help foster the development of American-supplied 5G equipment. Open RAN proponents contend that the technology can open up the interfaces between various pieces of 5G equipment, thus allowing new, smaller suppliers to squeeze into systems that previously could only be supplied by a single massive company.

The notion of open RAN as a catalyst for US-based suppliers was embraced by some in the Trump administration, and has also been mentioned by the Biden administration.

Indeed, Congress is currently debating the new US Innovation and Competition Act (USICA), which would funnel $1.5 billion toward the development of high-speed Internet technologies, including open RAN.

"We want open RAN to succeed and we support more investments in radio development, semiconductor systems, R&D and overall ecosystem," said Mavenir CEO Pardeep Kohli in response to questions on the topic from Light Reading. Mavenir is a top US-based player in the open RAN market, and must toe the line between support for international partners and support for government funding.

"It's encouraging to see large companies [like Rakuten and NEC] participate in this, which also shows that open RAN is ready for major deployments. We look forward to working with NEC, Rakuten and other players in the ecosystem," Kohli said.

Others, however, remained silent on the topic. For example, the Open RAN Policy Coalition trade group  which has been lobbying for US government funding for open RAN  did not respond to questions on the acquisitions of Altiostar and Blue Danube.

One executive in the open RAN space, who asked to remain anonymous, argued that both Altiostar and Blue Danube are struggling financially. The executive also said that the situation serves to highlight the fact that open RAN technologies can be very expensive to develop and that government grants and other types of funding would help.