Red Hat is planning to make OpenShift a better home for the network control plane, running both containerized and virtualized network functions (CNFs and VNFs) on the Kubernetes platform.

"From our perspective, it's about preparing the infrastructure to run VNFs and CNFs," Sayeed says. Red Hat has been "diligently expanding" capabilities of OpenShift, "incorporating capabilities to address unique requirements of CNFs."

OpenShift is increasingly emerging as a strategic product for Red Hat, providing cloud infrastructure to extend its workhorse Red Hat Enterprise Linux (RHEL). OpenShift runs on premises, in private clouds, on bare metal, OpenStack, and VMware, as well as on public clouds including Amazon Web Services, Microsoft Azure, and Google. 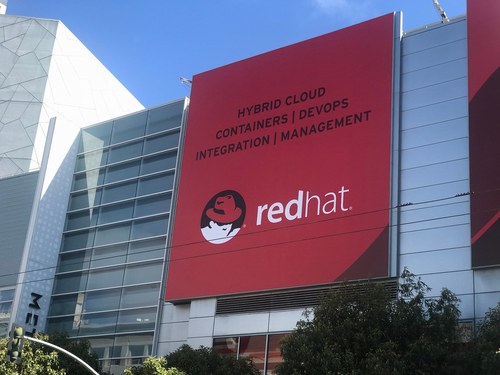 OpenShift has received service provider support from AT&T, which is including OpenShift in a strategic alliance with Red Hat parent company IBM. TurkCell, which has more than 35 million subs and 99% population coverage in Turkey, is relying on Red Hat OpenStack to meet an ambitious plan to virtualize 40% of its network by the end of this year.

IBM acquired Red Hat in a staggering $34 billion deal that closed in July.

Red Hat is enhancing OpenShift to enhance performance, hardware acceleration, IP network, and other capabilities required to run CNFs, Sayeed says. Upstream Kubernetes will soon receive support for IPV6, which will make it a more suitable platform for CNFs, and Red Hat expects to support IPV6 within three months.

Additionally, Red Hat is enhancing application lifecycle management to help operators support network functions. These capabilities include upgrading, deploying, packaging and managing infrastructure, including compute, network and storage. Red Hat now provides those services to infrastructure; the company is is extending those same capabilities to applications, including CNFs.

Red Hat previously enhanced OpenShift with capabilities to appeal to operators in May; these include service mesh, providing virtual networking for microservices; Knative for serverless applications; and partnering with Microsoft on Kubernetes-based event-driven autoscaling (KEDEA).

Sayeed explains why: Each virtual machine (VM) contains its own copy of the operating system, database and other infrastructure, while CNFs are containerized, run as microservices, and can share all that infrastructure and services, making them lighter weight. Containerized applications, including network functions, are more efficient, with improved uptime, density and potentially performance benefits as well, compared with their virtualized cousins.

Additionally, using a Kubernetes platform to support CNFs means operators would be using a common platform for both IT and network functions, making more efficient use of equipment, software and personnel, Sayeed says.

The major bottleneck to running CNFs on OpenShift isn't the capabilities of OpenShift; it's availability of CNFs from vendors, Sayeed says. Currently, the primary CNFs are load balancers, firewalls, and policy controls. Vendors supporting OpenShift with network functions include Metaswitch and Clearwater.

Red Hat plans to demonstrate an end-to-end 5G network running on OpenShift, both on-prem and in the public cloud, with CNFs, at the KubeCon conference in San Diego next month.