BARCELONA -- MWC19 -- Equinix is launching a global NFV infrastructure as a foundational building block in its strategy to partner with enterprises and service providers in the transition of enterprise workloads to the public cloud.

Equinix has launched its network functions virtualization infrastructure (NFVi) platform in Silicon Valley, California, as well as Washington DC, Amsterdam and London, with plans to bring Singapore and Sydney, Australia, online soon. The initial use cases are virtual router and firewall virtual network functions (VNFs) from Cisco and Juniper, with SD-WAN VNFs in the pipeline from those vendors. Equinix is also working with security vendors Palo Alto Networks, Fortinet and others, Equinix says.

"The value of Equinix lies in positional value," Poole says. "We sit between networks and the cloud. We create a physical PoP that is a neutral control point between a corporate network and the cloud network." 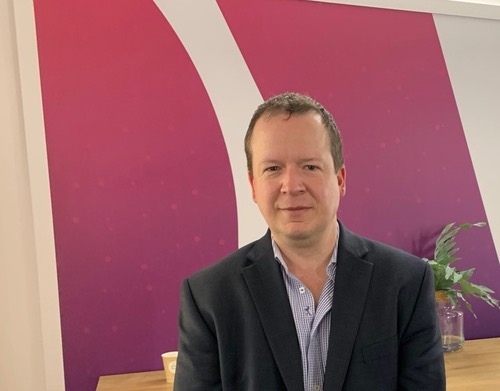 The NFVi platform launched in private beta in October, and public beta in December. A limited release will come later this year, with a plan to go into general availability in September, Poole says. Initially, the program will be available to enterprise customers, with general availability to both enterprises and operators in the third quarter.

"The goal is not to replace operators. If you're a big enough enterprise customer -- the global 200 -- you come directly to us, but we would be just as happy if customers come to us through an operator," Poole says. Equinix's core enterprise customers are organizations large enough to essentially run their own carrier networks for internal use, and those are the initial users for Network Edge. Later, Equinix hopes to provide point-and-click capabilities that will enable its carrier customers to offer the VNFs as white label services to their own enterprise customers.

Beyond virtualized router, firewall and SD-WAN, Equinix exploring operator-specific VNFs, such as virtual EPC, IMS and MNO core functions. "Ninety percent of all mobile traffic today terminates in a cloud," Poole says. Equinix sees its position between cloud and operator data centers as ideal for running those kinds of VNFs.

Initially, Equinix is running the VNFs on OpenStack. Poole declined to name the vendor. "We may not stick with them," he says. Equinix is also considering supporting containerized VNFs with Kubernetes, and bare metal.

In addition to working with enterprises and carriers, Equinix also serves vendors who are transitioning from hardware to recurring services business model. For example, it's providing space, power and interconnect services for Ericsson's Edge Gravity and Nokia Wing Internet of Things orchestration platforms, Poole says. Ericsson and Nokia provide hardware and software.

Equinix sees its interconnection capabilities as a platform enabling it to offer new kinds of services to enterprises, cloud providers, telcos and other communication network providers. For example, Sentara Healthcare provides a customer portal accessible via Amazon Echo smart speakers that connect to both Azure and AWS, with Equinix at the center. Equinix also provides Sentara with access to Microsoft 365, SAP and Salesforce.