AT&T's eight-figure, multiyear deal to deploy cloud-native technologies managed by Kubernetes in its 5G network will test the limits of the emerging container orchestration technology.

Everybody knows that networks need to be more agile, with control and orchestration built into software, and new capabilities rolled out quickly without requiring hardware upgrades. More recently, developers are standardizing on microservices built on containers, managed by Kubernetes, as the foundation for those networks. But that's all still relatively nascent, emerging technology, especially for telcos. AT&T's massive deployment will put the theory to a real-world test.

And the stakes are high, not just because the network is big, but also because it's AT&T's 5G network. And 5G, as we're all sick of hearing, is the future of AT&T and the rest of the telco industry.

"They're betting the 5G future on it, and everybody knows how important that is" Roz Roseboro, Heavy Reading principal analyst, tells Light Reading.

Kubernetes will be important to service providers' Network Functions Virtualization (NFV) plans, but it hasn't yet been adopted broadly. As service providers virtualize their networks, they're deploying Virtual Network Function (VNF) software that has not yet been containerized. VNFs from Ericsson, Nokia, Huawei and other vendors are still running on older virtual machine technologies. "There's a lot of work to be done to rearchitect the VNFs to make them microservices-based," Roseboro says. 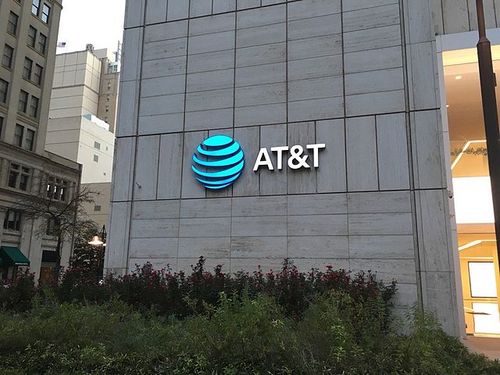 Photo by Luismt94 [CC BY-SA 4.0], via Wikimedia Commons
You're invited to attend Light Readings Big 5G Event!  Formerly the Big Communications Event and 5G North America, Big 5G is where telecom's brightest minds deliver the critical insight needed to piece together the 5G puzzle. We'll see you May 6-8 in Denver -- communications service providers get in free!

That's why AT&T is deploying OpenStack on Kubernetes. OpenStack manages the VNFs, and OpenStack runs in containers that are managed by Kubernetes.

Containerized applications are a particularly good match for 5G networks, which are by nature widely distributed, Roseboro says. So far, AT&T says it has deployed 5G in 14 US cities, 12 through December and two more just this month. AT&T plans to deploy 5G to 21 US cities by June.

AT&T turned to Mirantis as its vendor for the Kubernetes deployment. "It's easier for [AT&T] to outsource than it is to hire a bunch of people to do it," says Roseboro. However, AT&T isn't just writing a check to Mirantis and walking away; the telco sees strategic value in building open source skills on its internal team.

It's noteworthy, however, that AT&T is going with a specialist software vendor, rather than a big hardware vendor like Ericsson, Roseboro says.

Noteworthy, but not surprising, she says. AT&T has a longstanding relationship with Mirantis, as well as a commitment to open source and network virtualization.

"The universe of companies that could have supported someone like AT&T is relatively limited anyway," Roseboro says. Red Hat, Canonical and SUSE would have been alternatives. "The number of people specializing in OpenStack and capable of supporting a company like AT&T at scale is limited," she says.

AT&T's announcement this month overshadowed another network virtualization update that's also a big deal: Turkcell expects to meet its self-imposed deadline of virtualizing 40% of its network by the end of 2010. The provider has 35 million subs in and around Turkey.