Airvana Inc. , a specialist developer of 3G femtocells, sued Ericsson AB (Nasdaq: ERIC) in February 2012 for $330 million, alleging the misappropriation of its technology to "secretly develop with a Korean partner a knock-off product that would illegally compete with Airvana's." (See Airvana Sues Ericsson.)

Then, in March this year, Airvana won a preliminary injunction against Ericsson that barred the giant vendor from using the specialist vendor's technology. (See Airvana Wins Injunction Against Ericsson.)

Now, though, the two companies are to "jointly seek dismissal of the lawsuit."

Naturally, Ericsson doesn't want to focus on that part of the deal. It says the acquisition "ensures long-term support" for its CDMA customers, as the acquisition brings in-house the Airvana EV-DO technology that Ericsson already uses in its CDMA radio access products. The deal "further strengthens our control over product portfolio, ensuring long-term support to our customers with the ability to better respond to their requirements," noted Ericsson in its official announcement.

Hoop 9/9/2013 | 12:14:02 PM
Re: You complete me Except for the small fact that Ericsson has generally shut down most of the CDMA business they purchased from Nortel except for maintaining the existing customer base.  And I wonder how well they are even doing that since I am sure they "synergized" most of the Nortel folks out the door after the aquisition.  This is now the second time Ericsson has made a foray into the CDMA world only to back out a short time later.  I think the Nortel aquisition was simply a way to keep all of Nortel LTE patents and intellectual property out of the hands of ALU.  Another "defensive" aquisition just like Airvana.
Reply | Post Message | MESSAGES LIST | START A BOARD

DOShea 9/8/2013 | 3:22:59 PM
Small cells This is a separate topic, but the deal made me think of Airvana in the small cell business, and what might happen, given the recent Cisco acquisition of Ubiquisys and AlcaLu and Qualcomm's partnership.
Reply | Post Message | MESSAGES LIST | START A BOARD 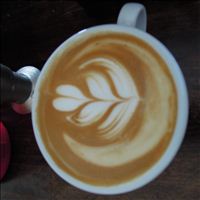 Was this the only way to get out of a sticky legal sitaution? Looks like Ericsson had been caught red-handed.