Orange-Backed Athonet Aims to Be Core Rival to Ericsson, Nokia

Most startups at tradeshows hold their meetings in the coffee lounge, or squeeze themselves into white boxes (of the cubicle variety, not the server one) around the edge of the show floor.

Not Athonet. At last week's 5G World event in London, the Italian software company's stand was on the scale you expect from a more recognizable vendor. That physical presence seemed evidence of Athonet's growing status in the virtualized mobile core. But if Athonet can overcome its next big challenge, and prove that its technology can also acquire the scale associated with its larger rivals, its name is likely to become a lot more familiar throughout the industry.

The holy grail would be a deal that sees 35-person Athonet replace the likes of Ericsson AB (Nasdaq: ERIC) or Nokia Corp. (NYSE: NOK) in a wide-area telco network. Several years ago, that would have seemed as fantastical as the idea of the original Holy Grail. But it is not so farfetched today. Earlier this month, Athonet became one of four startups that Facebook and French telco Orange (NYSE: FTE) began supporting as part of a new initiative aimed at spurring network innovation. If the startup technologies can "scale up," says Orange, they could conceivably replace the mainstream network vendors in future. (See Startup Could Replace Ericsson, Says Orange.)

It's a challenge that CEO Karim El Malki is confident the company can address. "We can be very competitive against all of the big players in the market and have already been looking at scaling up for a long time," he tells Light Reading. "It is more about trust -- nobody ever got sacked as a result of buying from Ericsson or Nokia." 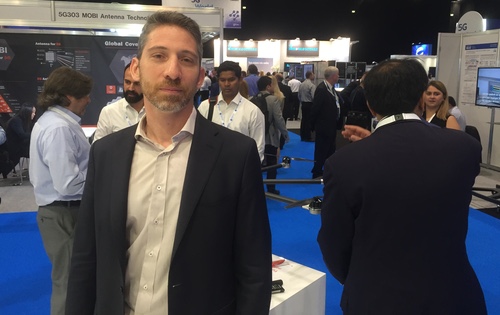 Karim El Malki, Athonet's CEO, says his business has doubled in size in each of the last three years.

If such cultural considerations represent the main barrier to progress, then telco departments like sales and finance will have to be convinced that Athonet works from a business as well as a technology perspective. Paying for network products on a recurring, "on-demand" basis allows companies to start small and expand later, but it represents a radical departure for many finance executives, acknowledges El Malki. "In financial terms, capital expenditure is sometimes better because it doesn't hit EBITDA [earnings before interest, taxation, depreciation and amortization]," he says.

Orange, though, is deadly serious about shaking up the supplier market. And it is not the only Tier 1 operator to have recently flagged its interest in Athonet's software. Just this month, UK incumbent BT Group plc (NYSE: BT; London: BTA) showed off trials of a "pre-standard 5G" service that made use of Athonet's virtualized core.

El Malki's confidence about the scalability of Athonet's technology seems unlikely to be misplaced, either. As he points out, for a company still being classed as a startup, Athonet already looks quite old. Launched about 12 years ago, it claims to have been one of the pioneers of virtualization in the mobile network core. Developed entirely in-house from the "ground up," its software is said to be capable of running all core functions on standard, off-the-shelf servers. As far back as 2010, in collaboration with Finland's Nokia and Hong Kong's Hutchison, it built a virtualized core running on enterprise servers in a 3G network.

Its low-profile longevity does not mean Athonet has been messing around ever since. In recent years, it has naturally focused on opportunities where scaling down, rather than up, has been the priority. That is something the traditional vendors have struggled to do, says El Malki, and Nokia continues to license Athonet's technology in these scenarios. Commercial customers include Italian energy utility Enel, which is using Athonet in a dedicated 4G network serving one of its power plants, and the Finnish government, which has public safety systems that rely on Athonet's technology. "We can adapt to the different virtualization environments of our customers, whether OpenStack or VMware," says El Malki.

Next page: On the up