As gross understatements go, to say Alex Choi is an advocate of a more open RAN would be a bit like saying The Who dabbled in rock.

Quietly spoken he may be, but the Deutsche Telekom executive, who took charge of the German operator's networks strategy at the start of 2018, is twisting the volume dial up to max in his messages about an open radio access network (RAN), and getting set for a Pete Townshend-style smash-up of today's equipment market. 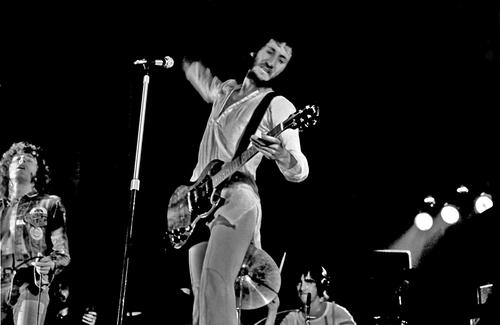 Pete Townshend, lead guitarist of The Who, was a pioneer of guitar-smashing rock.

That market is currently dominated by a handful of big vendors, with Huawei, Ericsson and Nokia accounting for about 80% of all mobile infrastructure sales, according to Nick Read, the CEO of Vodafone. There are many reasons behind the consolidation that has produced this set-up, but the closed interfaces used in the RAN have kept smaller companies on the outside, says Choi.

The interface Choi specifically means is CPRI, a maligned "fronthaul" technology that connects the radios to the signal-processing equipment in the RAN. CPRI's proprietary nature means an operator must buy radios and processing gear from the same vendor's system.

It's a situation against which telcos have begun to rebel. A group called the O-RAN Alliance, formed last year from the merger of two existing open RAN associations, has come up with a CPRI alternative that excites Choi. By taking advantage of these specifications, Deutsche Telekom could, in theory, use processors from one vendor with off-the-shelf radios, dubbed "white boxes," from any other. 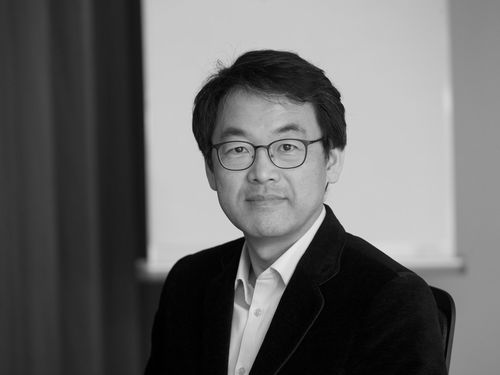 Interest in open RAN technology is running at an all-time high. "We were supposed to have a small support meeting, but we ended up with about 30 or 40 people," says Choi about an O-RAN Alliance get-together at MWC. "O-RAN now has 19 operator members globally and most are Tier 1 or Tier 2 players."

Indeed, the list of participants explains why big vendors such as Ericsson and Samsung, which had previously stayed on the outside, have recently joined the O-RAN Alliance. Reeling off details of telco members, Choi namedrops AT&T, Bharti Airtel, China Mobile, Korea Telecom, NTT DoCoMo, Reliance Jio, SK Telecom, SoftBank and Verizon. For kit vendors nervous about the implications of the open RAN, that membership list is hard to ignore.

But not everyone seems persuaded the O-RAN Alliance is the right forum to pursue open RAN developments. While most of the big European incumbents have joined the group, Vodafone is notable by its absence. This time last year, it was said to favor the Facebook-led Telecom Infra Project (TIP) as a focal point for discussions about open technologies, and perhaps worried about a fragmentation of industry efforts. Harmonization with TIP remains an issue.

"We've started a dialog [with TIP] and yesterday there were O-RAN meetings and it was a part of the agenda," said Choi on day two of MWC. "This morning I met Jay [Parikh, Facebook's head of engineering and infrastructure]. We all understand we shouldn't be fragmented."

The world's biggest RAN vendor, meanwhile, is still opposed to the idea of a white box radio. "We haven't got the evidence that says these [white boxes] are really beneficial for the industry," said Peter Zhou, the chief marketing officer of Huawei's wireless product line, during a recent press briefing in London. "We have hesitated to join because if we do we may give the wrong message to the industry." During tests, white boxes running Intel processors used ten times as much power as Huawei's traditional 4G gear, he said. In 5G, he thinks they could also cause jitter.

Better open than closed
But Choi thinks the pros would outweigh the cons, drawing a parallel with the computer industry. "Tightly integrated hardware and software gives the best performance, but the type of computer that dominates the market is a PC with open hardware and software," he said. "It is the same rationale."

For the Deutsche Telekom man, who quit his position as chief technology officer of South Korea's SK Telecom in late 2017 to join the German incumbent, the pros are largely about RAN innovation from startups and smaller vendors. That doesn't mean replacing the big suppliers, but it should allow operators to introduce new technologies into the RAN mix without too much hassle. "It's important to make interfaces as open as possible so that whatever comes out of the startup community can easily be integrated in the systems we use."

The cons, he explains, would include the cost of integrating white boxes (what Choi calls the "integration overhead") and the performance issues mentioned by Huawei. Operators will have to become more "software-driven" to manage this additional complexity, he says. That is a challenge for the entire service provider community as it wrestles with the overhaul of traditional networks and tries to retrain staff and attract young talent with software expertise.

Systems integrators are also likely to figure in Deutsche Telekom's open RAN moves. "Definitely," said Choi, when asked if a company such as Tech Mahindra could play a role. "We need help from external parties and software companies." Interestingly, Tech Mahindra was on a long list of companies chosen to build a new mobile network for Rakuten, an e-commerce player hoping it can disrupt Japan in the same way Reliance Jio has shaken up India. "Looking at what they are trying to do is interesting," said Choi.

Despite his enthusiasm, Deutsche Telekom is unlikely to start building an open RAN anytime soon. "Tier 1 operators tend to be a little bit cautious because the network is so big and you don't want to disrupt existing services," said Choi. "You have to be 99% sure about what you are doing."

Nor is CPRI guaranteed the full-on Townshend treatment. The new E-CPRI standard is already more flexible and programmable than its "notorious" predecessor, according to Choi. What the industry really needs is for the CPRI club to adopt the same membership principles as the O-RAN Alliance, he thinks. "We have to encourage the incumbent industry so that they can embrace this kind of openness," he said. "At some point we would like to see CPRI community membership become a bit more open."