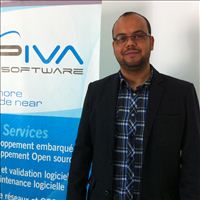 Anisel 5/2/2014 | 9:40:43 AM
EasyCwmp new open source TR-069 client EasyCwmp is a GPLv2 open source implementation of the TR069 cwmp standard.
EasyCwmp is developed by PIVA Software and it is derived from the project freecwmp.

PaulERainford 12/17/2013 | 4:19:11 AM
Re: BT The biggest problem with landlines in the UK at the moment is the number of nuisance sales calls being made to them. In our household, we probably get more of these calls than we do 'proper' ones - is it any wonder landlines are being ditched left, right and centre?

DOShea 12/16/2013 | 9:30:53 PM
BT Looks from the Ofcom report like BT landline voice compaints are on the rise, too, not that anyone cares about landline voice anymore...
Reply | Post Message | MESSAGES LIST | START A BOARD