Life After Huawei: What BT Does Next In Its Network Core

When BT bought the EE mobile business from Deutsche Telekom and Orange in early 2016, it instantly landed what was probably the UK's most advanced and extensive 4G network at the time. Some 19,000 4G sites now dot the country, pumping high-speed services to smartphone addicts everywhere.

But the acquisition also brought something problematic: Huawei. Even before the current security backlash against the Chinese vendor, BT had decided it did not want the company's technology anywhere near its "core," the central part of the network where all the network intelligence resides. Under French and German ownership, EE had become one of Huawei's major core network customers. 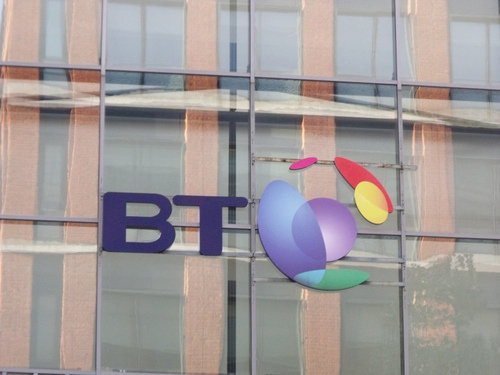 The process of removing Huawei's products from EE's mobile core networks, in accordance with a BT policy, is now underway. But spokespeople for the operator have cautioned against any expectations of a quick fix in such a complex area. The network brain surgeons whose job is to extract Huawei could be at work for more than two years.

In the meantime, BT must think about what comes next as it prepares for the introduction of 5G services later this year. Along with Finland's Nokia, Huawei figures prominently in BT's radio access network (RAN) strategy: BT has already put up Huawei equipment used in 5G trials and is relying on the Chinese vendor in urban areas while Nokia caters to more isolated, rural communities. This year, it plans to upgrade 1,500 sites across 16 UK cities with 5G radio technology. Outside the RAN, however, the operator is still firming up its plans.

Going cloud-native
Exactly which companies replace Huawei in mobile core systems has yet to be decided or is something BT is not currently willing to disclose. What is known is that BT has drawn up the first blueprints for a "next generation" core to support all manner of whizzy 5G services in the years ahead. With Release 16, a forthcoming update to 3GPP standards, 5G core technology should gain additional capabilities in network slicing so that a "virtualized" service can be guaranteed for a certain class of customer. It should also be more "scalable" than 5G is today. This Release 16 update is what BT is now working toward.

Currently, the operator is in a "procurement process" for its next-generation core, says Dave Salam, the EE director of mobility and analytics charged with the network overhaul. One overarching goal, he tells Light Reading in the run-up to this year's Mobile World Congress, is to build a fully "cloud-native" system, which would break today's clunky virtual machines into smaller, more decomposable elements.

The timing may be auspicious. During the first phase of network functions virtualization (NFV), equipment vendors were criticized for developing monolithic tools that did not give operators the benefits they were expecting. But in the last few months there has been some optimism that change is afoot, as vendors amortize their older product lines and start a refresh.

Of course, operators' hopes have been dashed before. Without naming names, Salam concedes that some vendors are moving more quickly than others. For BT, though, holding off on a full "cloud-native" transition could also make sense given developments on the 5G standardization front. "AT&T has done this quite early but I'm not sure anyone has saved money out of that approach," says the BT/EE man. "We chose to delay for Release 16 to get the right functionality and maturity and have the technology in the right way to stitch elements together."

By taking advantage of technologies such as Kubernetes, an open source tool for managing containers (which are themselves a lightweight alternative to virtual machines), Salam hopes to build a fully open and programmable network cloud. This would ultimately replace a current set-up that is based heavily on the virtualization platform built by VMware, the Californian software company today owned by Dell. "We are using commercial hardware from standard vendors," he says. "It is still virtualized but not full cloud native and not Kubernetes or containerized."

It is on this platform that BT will probably launch its "non-standalone" 5G service later this year. With the next-generation core, it should eventually be able to bring into play a "standalone" 5G network in future, with all the attendant benefits. But the old core, minus Huawei products, is likely to be around for a long time given the challenge of migrating millions of customers from one system to another. There is also some industry concern about compatibility between the non-standalone and standalone technologies, Light Reading understands.

Latency demand
When BT's first 5G service goes live in parts of the UK this year, what customers will not see is a vast reduction in latency, the signaling delay that occurs on data networks. The average latency measurement across BT's 4G networks is about 30 milliseconds, according to a BT spokesperson. With the improvements the first 5G standard brings, BT is targeting 20 milliseconds on its 5G networks in 2020. While this might create a few service opportunities, it is well above the levels touted in connection with more advanced 5G applications such as virtual reality and multi-user gaming.

The long-term vision, then, is to cut latency to around 10 milliseconds in areas where that is needed. The cloud-native core should certainly help by allowing BT to deploy rearchitected and less clunky virtual network functions at various points in the network. Running certain applications in "edge" data centers, much closer to end users, would lead to a reduction in the signaling delay. But it would also entail investment in new edge facilities.

Plans in this area are somewhat less advanced. Tom Bennett, EE's director of network products and services, estimates BT would need 1,000 edge computing centers to cover the whole UK. Having ruled Huawei out of its edge plans, it is in trials with Nokia and Mavenir, a smaller software company. But it has yet to work out the business case for a major edge investment. One challenge that surrounds the so-called "distributed cloud" will be getting customers to pay for premium services. Another is determining what the most viable services will be. "We are not [yet] collaborative enough," says Salam, echoing a concern about telco outreach to other industries.

Some uncertainty also surrounds the footprint of mobile sites, and whether more are needed in a 5G future. Deutsche Telekom has previously suggested the number of sites in Germany could double to support 5G services, but Salam reckons "it is too early to say" what BT will do before new spectrum has become available. The 3.5GHz airwaves it picked up during a government auction last year are "not ideal for pushing out nationwide," he says. But they should provide a much-needed boost in the cities where 5G is first deployed. "The 2019 business case is capacity," says a BT spokesperson. Beyond 2019, the business case is still taking shape.