Anytime a new CEO takes charge, there are always questions as to whether he or she will implement a new strategic direction. In the case of Boingo, incoming CEO Mike Finley argues that it's very much full steam ahead on the company's current course.

When questioned about which of Boingo's various business units he expects the most growth from in the future, Finley said: "You're going to love this -- it's basically all of them."

Finley took over leadership of Boingo in March from Dave Hagan, who retired after 17 years at the company. While some investors worried about Hagan's departure, Finley in an interview with Light Reading argued that Boingo remains on track and is poised to pounce on the opportunities presented by the convergence of 5G, WiFi 6 and CBRS. He also pointed out that he served on Boingo's board for six years before taking the CEO position, having previously worked as president of Qualcomm's businesses in North American and Australia. 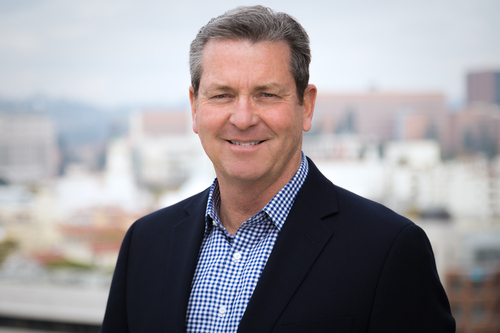 Finley took over as CEO in March.
(Source: Boingo)

"It's a transformative time for our industry," Finley said, adding that the situation is also "really good for Boingo."

As Finley explained, Boingo's business includes indoor LTE installations, WiFi networks in airports, network connectivity on military bases and, most recently, connecting apartment buildings and other MDUs (multiple dwelling units) to the Internet via the company's acquisition of Elauwit Networks last year. While the topography certainly changes, Finley said Boingo's role as a neutral provider of connectivity does not. "We acquire rights in venues and we connect people," he said, adding that "every one of those locations will need and want the next evolution of technology."

In looking at Boingo's newest strategic endeavor, Finley said the company hopes to eventually double or triple the 300 or so MDUs that it currently counts in its portfolio. He added that it's "really exciting times," as new MDUs are being built at a dizzying pace, and building owners are increasingly looking at wireless technologies (mainly WiFi) to offer connected services including video doorbells, smart lighting and even remote-controlled tours of apartments for prospective renters.

Indeed, MDU owners in some cases are looking for technological solutions to relatively simple problems like how to get Amazon Prime deliveries inside apartments, which Finley said Boingo's networks can enable.

But Boingo's overall corporate growth isn't contingent on MDUs. Finley said the company expects to cash in on the installation of 5G and WiFi 6 in stadiums, airports and other venues. In fact, he pointed out the company recently switched on a WiFi network inside of London's massive Heathrow airport.

Finley said Boingo also expects to continue to lead the way in cellular-to-WiFi offloading, having scored major WiFi offload deals with AT&T and Sprint. "I think we're past the point of anybody really debating either to do it or to engage with it," he said of Passpoint-enabled WiFi offloading. As for whether Boingo will ink similar deals with the likes of Verizon and T-Mobile: "It's not just a function of if the others will come, but when."

But it's CBRS that presents perhaps the most interesting opportunities for Boingo. Finley repeatedly pointed to the pending release of 3.5GHz CBRS spectrum in both licensed and unlicensed scenarios as something that Boingo would watch, having already conducted CBRS tests at Dallas Love Field airport in Texas.

CBRS, Finley said, is "like a Reese's Peanut Butter Cup. Is it chocolate or is it peanut butter? Is it licensed or unlicensed?"

The real answer, he said, is that "it has the characteristics of both  it's the two combined."

A wide range of companies in the wireless industry are eyeing CBRS spectrum for a wide variety of uses, including adding additional capacity to existing LTE networks, IoT services and private LTE networks for factories, cities and other entities.

"I view CBRS as another band, another capability for connectivity that can get converged into the other things we're doing, and as a neutral provider we can provide that," Finley said. "We're ready and willing to enable it."

In fact, when asked whether Boingo would consider building private wireless networks in the CBRS band, Finley paused and then acknowledged that such a move "would certainly make sense for us."