Enterprises are bringing millions of intelligent devices for healthcare, manufacturing retail and other industries online, using edge and cloud computing to improve business outcomes. These devices can boost efficiency and even replace human workers in hospitals, factories, retail, warehouses and more. But managing and securing the devices themselves, and ensuring the devices have the network assets they need, presents challenges for IT. Even knowing what devices are connected to the network can be difficult.

That's where Voyance IoT, introduced by Nyansa on Monday, comes in. According to the company, its new system can automatically classify, secure and analyze the behavior of industrial and business IoT devices: It automatically discovers and creates an inventory of IoT devices; measures baseline network performance for risk assessment and to detect anomalies that might indicate an attack under way; provides security enforcement to restrict access to malicious or compromised devices; ensures policy adherence via microsegmentation; detects devices having connectivity problems and provides root cause analysis; and provides operational insights tracking utilization, risk and performance.

Additionally, because the cloud-ready Nyansa service is already deployed in more than 200 enterprises, the company can provide global industry views into IoT threats, behavior and performance benchmarks. 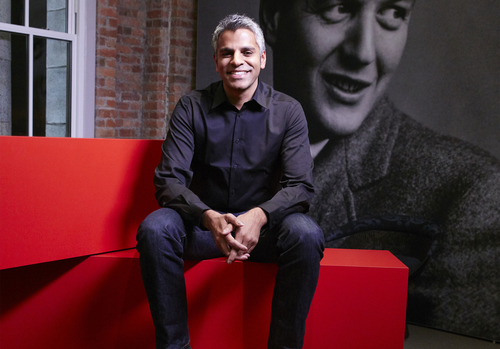 The Voyance IoT service is available immediately, with pricing starting at $16,000 per year.

The new service is an expansion of Nyansa's existing business of using network and application monitoring to optimize user experience for enterprise applications, for enterprise customers, including Stanford University, Tesla, Texas Children's Hospital, GM, and 5,000 Lululemon stores. "Because we provide network analytics, we tend to work with large companies with lots of data," David Callisch, Nyansa marketing attaché says. [Editor's note: Marketing attaché? Is the company run by an ambassador?]

For example, if a user experiences lag in an iPhone app, the user might blame a WiFi connection, but using Nyansa's service an IT manager might easily diagnose the problem as actually being in the application itself, and quickly implement a fix, as well as determining whether the problem extends to other users, Callisch says.

"What we learned on those networks, we can apply anywhere," Anand Srinivas, Nyansa co-founder and chief technology officer, tells Light Reading.

Simply identifying IoT devices can be problematic; they come online quickly and in large numbers. "Because the devices are so new and coming on so fast, a lot of times what's needed to manage and secure those devices is not known to the guys who manage them," Srinivas says. That's one service Voyance IoT provides: After identifying an IoT device on one network, if it sees the same behavior on another network the service can identify the new behavior as the same device. Nyansa manages 20 million devices.

Nyansa can manage and secure IoT devices in multiple vertical industries: In healthcare, these include infusion pumps, EKG machines, ultrasound, and workstations on wheels. "If those devices fail or you have to take them off the network for security, that's a direct hit to patient safety and patient satisfaction," Srinivas says.

Nyansa faces a crowded field of competitors, including Cisco Digital Network Architecture and ExtraHop, as well as the vast array of network analytics services available. Nyansa differentiates itself through its AI implementation, as well as being vendor agnostic; it works with Aruba, Cisco, Extreme and other platforms. "All we care about is understanding the data going in and out of them on the network," Callisch says.

Nyansa was founded in 2014, and has raised $27 million from Intel Capital and Formation, in two rounds of funding.