BARCELONA -- MWC 2018 -- As much as AT&T wants to promote its own network services, it's also loath to miss out on IoT opportunities outside its connectivity footprint. After all, why limit itself to revenue from AT&T network users when there's a chance to make money off competitors' customers as well?

At Mobile World Congress this week, AT&T Inc. (NYSE: T) debuted its Multi-Network Connect cloud platform. The solution is a way for businesses to monitor IoT endpoints globally, tracking device usage, performance and costs no matter whether hardware is connected to AT&T cellular service or another operator's network altogether. Multi-Network Connect is agnostic both to the connectivity service provider and even to the type of wireless network connection provided. It supports 2G, 3G and 4G cellular services; Low-Power Wide Area networks (LPWAN); and satellite connectivity. (See AT&T Launches Multi-Network Connect for IoT.)

Among verticals, AT&T is specifically targeting IoT opportunities with Multi-Network Connect in transportation, manufacturing and the public sector. The solution is in beta today, but expected to launch commercially later this year. 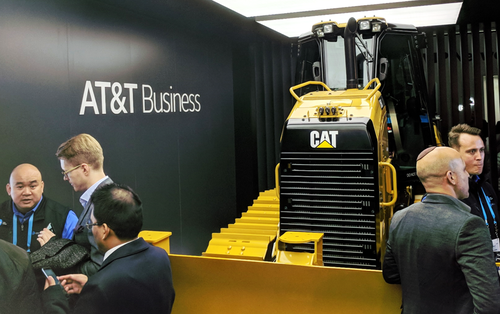 "As much as we'd like cellular to be everywhere, it's not," says Chris Penrose, president of IoT Solutions for AT&T. "And there are lots of use cases [where cellular isn't an option]. You think about shipping containers in the ocean. You think about oil and gas pipelines and construction sites where satellite might be the requirement. And so what we've really created is the ability to ingest satellite [connectivity] with fallback to cellular so that you can have the best network available for your IoT solution."

There's more to it than that, however. AT&T is also allowing customers to aggregate other IoT platforms up into a unified AT&T dashboard for monitoring and controlling IoT applications globally.

"Maybe you've chosen an IoT solution with a local carrier in let's say India," explains Penrose, "but you also are using AT&T for other [IoT deployments]. You now actually can have all that be ingested and shown to you in a single pane of glass."

What AT&T's decision to be an integrator of IoT networks and platforms really shows is that the telco recognizes the need to operate outside its historical boundaries. Much like web-scale companies discovered early on that they don't need their own network infrastructure everywhere to deliver new services, AT&T is learning how and where it can expand beyond its physical network territory and provide value through software, technology integration and data analytics.

Of course, the decision to move beyond physical infrastructure doesn't mean that connectivity isn't important to AT&T. Far from it. The company is heavily promoting its own Cat M LTE services, hoping cellular-based IoT technology can catch up with LPWAN deployments. (See US Carriers Place Bets on Cat M & NB-IoT.)

More broadly, AT&T is also focused on how it can use a mix of both wired and wireless networks to strengthen its position as a dominant connectivity provider.

"We don't believe that wireless is the silver bullet that solves it all," says Andre Fuetsch, CTO and president of AT&T Labs. "We have a very unique, diverse strategy here. So we talk about really the two modes, the two mediums that are most important: spectrum (air) and fiber."

And Fuetsch adds, "We have the leading fiber position. Because at the end of the day, it's all about how fast you can get the bits off the air and onto the fiber."

Still, the larger point is that no one operator can deliver connectivity everywhere -- wired or wireless. And where AT&T doesn't have a physical presence, it's still determined to be a major IoT player and to sell services related to that network connectivity.

Phil_Britt 3/22/2018 | 10:36:43 PM
Re: Thanks IoT will provide some revenues, but when any techology is touted so heavily -- like the Internet, wireless, etc., when they first came out -- there are plenty of losses before profits are realized.
Reply | Post Message | MESSAGES LIST | START A BOARD

kq4ym 3/14/2018 | 10:28:34 AM
Re: Thanks It would seem that they are thinking out of the box and forward thinking. As IoT is going to be an important profit center, getting to a competitive place ahead of the competition is crucial and as noted, what is it " to be an integrator of IoT networks and platforms really shows is that the telco recognizes the need to operate outside its historical boundaries."
Reply | Post Message | MESSAGES LIST | START A BOARD