Helium Already Has Over 1,000 Hotspots in Its User-Made US IoT Network

Comment (3)
Helium users have started to deploy the company's IoT network in the US. The startup, which sells $495 IoT hotspots designed for tasks like pet tracking and smart water metering, says its users have deployed 1,201 hotspots across the US so far.

Helium's hotspots use the startup's "LongFi" wireless technology, which is based on the LoRa (Long Range) specification that operates in the unlicensed 915MHz frequency in the US. The LongFi protocol offers a range of one to ten miles (depending on environment), can send and receive data packets of up to 20 kilobytes, and has a battery life of a year or more, the company claims.

Users have set up the Helium hotspots in more than 425 US cities. Currently, the largest concentration of Helium nodes is in the San Francisco area, but hotspots are located from New York to Honolulu, Hawaii. 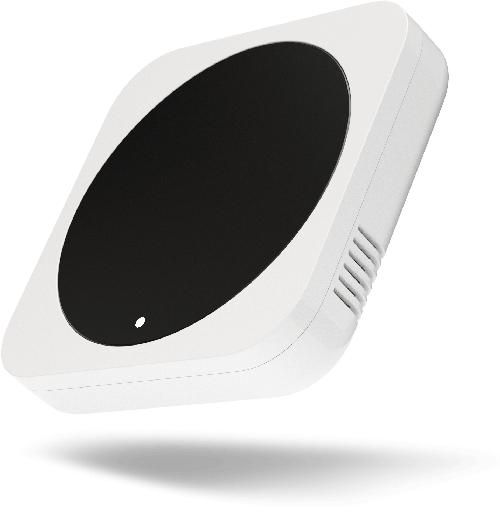 Owners that buy the Helium hotspot get to operate the point-to-point (P2P) network to track and monitor early Helium-based devices such as the InvisiLeash dog tracker and a solar-powered city pollution monitor (SPCPM).

Aside from the dog tracker, these initial devices are generally not commercial products, but gadgets that people can build themselves. To help commercialize their technology, Helium has launched a software development kit (SDK) and is announcing integration with Google cloud, Microsoft cloud and Blynk's IoT development platform.

Helium says that hotspot owners can earn a new cryptocurrency, called Helium, for building the network and transferring IoT device data. Helium has designed a blockchain around a self-verifying network of gateways/hotspots that provides message provenance, microtransactions, and open access to anyone.

For providing users with the building blocks needed to create a nationwide IoT network without help from telcos, the company refers to itself as "The People's Network." "The next big American land grab is IoT network ownership to connect small devices like pet trackers and water-quality sensors beyond the reach of WiFi," Helium says in a statement. The company claims that just 50 to 100 hotspots will be needed to provide coverage for an entire city.

Previous efforts to put up data connectivity networks without the participation of any US telcos meant deploying WiFi mesh networks that covered blocks or small sections of cities. Starting in the early 2000s, idealistic "freenet" providers showed how to extend the range of free 802.11b WiFi networks using a simple Pringles can. This initial idealism grew into a business -- involving Cisco and other, now mostly defunct, industry players. The WiFi mesh movement has largely died out, and is just an echo of an optimistic tech past.

Helium has latched onto IoT and IoT devices as a way for its "entrepreneurs" to create a new kind of low-power, low-speed network across the States. The technology's cellular rivals will be narrowband-IoT LTE, as well as other LoRa variants.

NB-IoT is now supported by all four major mobile carriers in the US. To date, however, few customers have been announced as using the low-power, wide-area (LPWA) service.

Helium, co-founded by Shawn Fanning, developer of Napster, is funded to the tune of $51 million by Google Ventures, Khosla Ventures and FirstMark.

Or use this code at checkout: omamG

venturecapital 11/11/2019 | 12:33:36 PM
ISP Terms of Service Just a technicality, but I wonder if Helium subscribers, by allowing others to connect to their access points for which they are being paid (via crypto currency) are thereby violating the terms of service of their broadband provider. In essence, they are subscribing to home Internet service then reselling this to others (a no-no for their ToS). Dubious that Verizon or anyone else is going to go after them, but I suppose they could.
Reply | Post Message | MESSAGES LIST | START A BOARD
EDUCATIONAL RESOURCES
sponsor supplied content
eBook: Monetize the Enterprise - 6 Ways to Capture the B2B Opportunity
eBook: The 3 Key Digital Mediation Challenges - And How to Solve Them
Case Study: APAC CSP Boosts Efficiency of Enterprise Operations with CSG
Private 5G Networks and Testing
Which Path to Convergence Is Right for You?
Data Center Top Tips: 10 Issues That Can't Wait
DDoS Trends Report
The Challenge of 5G Security
Building the 5G experience
Grow Your Revenues With Innovative Customer Engagements and Business Models
Educational Resources Archive
FEATURED VIDEO
UPCOMING LIVE EVENTS
5G Orchestration & Service Assurance Digital Symposium
June 7-9, 2022, Digital Symposium
Cable Next-Gen Europe
June 21, 2022, One Day Live Event
All Upcoming Live Events
UPCOMING WEBINARS
May 26, 2022 Creating Order(s) from Chaos  Automating the way network services are bought and sold between Communication Service Providers
May 26, 2022 Rethinking Network Security To Accommodate Work-From-Home Requirements
June 7, 2022 5G Orchestration & Service Assurance Digital Symposium Day One
June 8, 2022 Nearing the Shannon Limit: Evolving Coherent Optical Networks to Terabits and Beyond
June 9, 2022 5G Orchestration & Service Assurance Digital Symposium - Day Two
June 15, 2022 Pathways to Net Zero Emissions for the Mobile Telecom Industry
June 16, 2022 SCTE® LiveLearning for Professionals Webinar Series: Pumping the Power of PON & Fiber
Webinar Archive
PARTNER PERSPECTIVES - content from our sponsors
Zyxels WiFi 6 Portfolio Opens Service Opportunities for Providers By Pedro Pereira, for Zyxel
Paving the Way to Autonomous 5G Networks By Radcom
The Missing Link Between 5G and Retail IoT By Esper
Is Your Workforce Ready? By Mark Dzuban, President & CEO of SCTE, a subsidiary of CableLabs
What Can the Telecoms Industry Learn From Top-Flight Orchestral Conductors? By Ron Porter, Head of 5G, Network & OSS Product Marketing, Amdocs
All Partner Perspectives
GUEST PERSPECTIVES - curated contributions
MEF's Universal SD-WAN Edge: Now is the time By Faisal Khan, Telco Cloud blogger, service provider employee and Light Reading contributor
Now is the time for big ideas By Diane Christman, President and CEO, The Cable Center
All Guest Perspectives
HOME
Sign In
SEARCH
CLOSE
MORE
CLOSE