Fly Me to the Moon: Nokia & Vodafone Team Up for Lunar Expedition

BARCELONA -- MWC 2018 -- When Nokia CEO Rajeev Suri hinted at an "out of this world" deal with Vodafone during a media briefing here on Sunday (a.k.a. "Day 0"), many took that to mean a major 5G commercial contract coming down the pipe.

That may happen, of course, but the otherworldly reference appears to be linked to a project called Mission to the Moon, which involves taking a mini 4G basestation to the lunar surface.

Vodafone Group plc (NYSE: VOD), along with Audi, has been involved in the "Mission to the Moon" project, which is being organized by an international group called Part Time Scientists, for some time: The aim is to send two lunar rovers to the moon and have them connected to, and managed by, a 4G basestation. Now, it seems, Nokia's Bell Labs is involved. 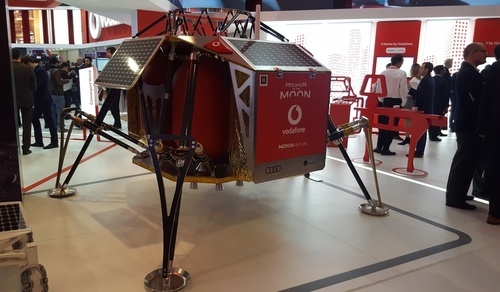 Nokia has jumped aboard the Mission to the Moon.

Nokia Corp. (NYSE: NOK) isn't talking about this yet but Vodafone already has the basestation on its stand with the Bell Labs logo on antennas and the bodywork. There's no doubt that Bell Labs still delivers some of the most intriguing innovation in the communications industry and under Marcus Weldon, its president, it's become more adept at highlighting high-profile opportunities to showcase that innovation. This looks like another classic example of such a move. 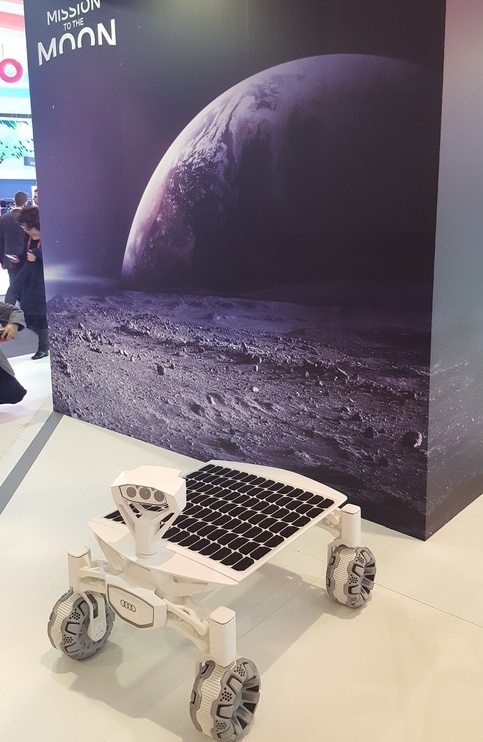 One of the Audi lunar rovers that will connect to the 4G basestation.

And maybe there'll be a 5G contract thrown in too?