Xavier Niel, the owner of French competitive operator Iliad, is expanding his telecom empire with a deal to acquire a majority stake in eir, Ireland's national operator.

The current owners of eir, Anchorage Capital Group and Davidson Kempner Capital Management, will retain a 35.5% equity stake in the operator. The deal, which is subject to various regulatory approvals, is expected to close in the first half of 2018.

Iliad may ultimately become the majority stakeholder, as the deal is structured in such a way that Iliad has the right to acquire most of NJJ's stake in 2024. For more of the technical and financial details of the deal, see:

Niel and Iliad have transformed the French market during the past decade, disrupting the established operators Orange, SFR (now Altice) and Bouygues Telecom in the fixed broadband and mobile services markets with aggressive pricing and targeted investments: It currently has more than 13.4 million mobile and more than 6.5 million fixed broadband customers. (See Iliad Reports First Half 2017.)

That success spurred Niel to seek other opportunities: He made a failed $15 billion bid to acquire T-Mobile US in 2014, but then turned his attentions to Italy, where Iliad is to start shaking up the mobile market with the launch of services in the coming months. (See Iliad's Italian Odyssey May Be a Hard Slog and Iliad Drops T-Mobile US Bid.)

Now Niel has the opportunity to see what it's like to be the incumbent, albeit a small one: eir, which has spent the past few years restructuring its operations and getting back on solid financial ground since it filed for bankruptcy protection (called "examinership" in Ireland) in 2012, has just over 900,000 fixed broadband customers, giving it a market-leading share of 32%, and just over 1 million mobile customers, making it the number three player with 17.7% of the market. It also offers TV-over-broadband services, though this has only attracted 74,000 customers to date.

Those might look like smallish numbers for a national operator, but Ireland is not a big country: It has a population of 4.7 million and 1.7 million domestic households. 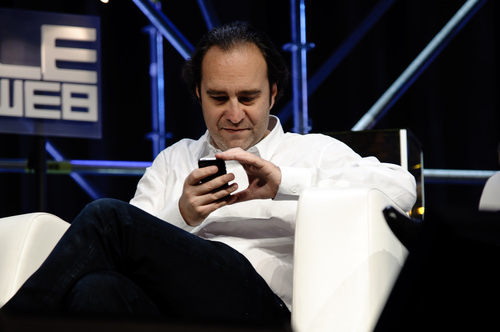 Xavier Niel believes eir is a solid investment opportunity and will no doubt be seeking to help the Irish operator boost its mobile market share from its current sub-20% mark.

But Niel, who knows how to succeed in the mobile and broadband sectors, sees great potential. The current owners of eir have been investing in 4G mobile broadband (96% population coverage) and there is obviously plenty of opportunity to grow eir's mobile market share and take business from Vodafone Ireland, the market leader with a 38.4% market share, and Three Group, which has a 34.4% share.

In fixed broadband, eir's fiber network already passes 1.7 million premises (homes and businesses) and it has submitted a 3,000-page document to the National Broadband Plan tender process whereby the Irish government will provide investment for fixed broadband rollout in hard-to-reach rural areas. The aim of the Plan is to provide every home and business in Ireland with a broadband connection that delivers a minimum speed of 30 Mbit/s downstream and 6 Mbit/s upstream.

Niel and Iliad believe that, in the medium term, the investment in eir will generate dividends and "yield a double-digit return on equity."

Despite Niel's successful track record, Iliad's investors were less enthusiastic about the deal, as the operator's share price took a 2.15% hit Wednesday morning to 195.25.

kq4ym 1/10/2018 | 11:13:42 AM
Re: Iliad's acquisition strategy It would seem to be on firm footing if in fact as noted, " in the medium term, the investment in eir will generate dividends and "yield a double-digit return on equity."" If that doesn't hold true and other factors come into play, who knows how they'll keep up with competitors.
Reply | Post Message | MESSAGES LIST | START A BOARD

[email protected] 12/20/2017 | 1:48:47 PM
Re: Iliad's acquisition strategy His key ability appears to be to spot a gap in a market where traditional players are trapped in an inefficient way of doing things... then he does them more efficiently, offers lower proices and attracts large volumes of customers.

In Iliad's early days in France, Niel's team engineered their own DSLAM instead of buying them from the vendors -- the tech developed inhouse was cheaper and did exactly what Iliad wanted it to, without a lot of weated features and baffling software and OSS.

So he is prepared to take risks and must have a smart set of lawyers too because he hasn't built a position in the French mobile market from scratch without knowing how best to lobby and work with/around the powere brokers and rule-setters. Which is amazing, as I believe he did not go to 'the right school' in France, either.
Reply | Post Message | MESSAGES LIST | START A BOARD

I was wondering what links operators in Ireland, Switzerland, Italy and France together.

Fibre optic cables, obviously. But what in the link in business terms?