Arista Barred From Importing Switches to US

In yet another twist in the three-year battle over patent infringement, Arista announced on Wednesday that it would stop importing some of its Ethernet switches into the US to comply with an order from the International Trade Commission (ITC).

The fact that Arista had to comply with the ruling is a significant victory for Cisco, which first brought the patent infringement complaint against the company in 2014. However, as with many other aspects of this case, a final verdict is not expected for some time, giving the two companies more time to maneuver their legal cases.

In a July 5 filing with the US Securities and Exchange Commission, Arista noted the ITC ruled on May 5, 2017 that the company did not violate four of the six patents that Cisco is asserting. The commission did find that Arista infringed on two of the patents but said the company could still important these products into the US during a 60-day "Presidential" review period.

That review period ended on Wednesday and since appeals are still pending, Arista was forced to stop the imports. 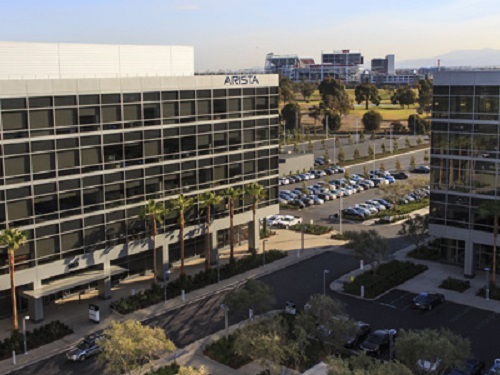 "Because the United States Trade Representative did not disapprove the ITC's final determination, the limited exclusion order and cease and desist order (the "ITC Orders") are now in full effect, and Arista is barred from importing and selling infringing covered products in the United States," the SEC filing reads.

In the meantime, Arista is awaiting the results of emergency motions filed with the ITC in May and June seeking suspension of the ITC orders. The motions follow the Patent Trial and Appeal Board's (PTAB) invalidation of all the patent claims implicated in the orders. The ITC's rulings on these motions, which could come soon, could result in a suspension of the import ban placed on Arista until the completion of any appeals of the PTAB decisions.

"While the presidential review period for the 945 Investigation has ended, we are still awaiting the International Trade Commission's decision on our motion to suspend its remedial orders, which are based on patent claims that the Patent Trial and Appeal Board has found invalid," Marc Taxay, senior vice president and general counsel at Arista, wrote in a statement.

With another long appeals process ahead of it, Arista is now in the process of revising several of its switching products and creating workarounds for the patents.

On Cisco's side, General Counsel Mark Chandler noted in a blog post that even the ITC ban doesn't go far enough to satisfy the company.

"The right solution, as we've emphasized from the beginning, is for Arista to stop using technology they copied from Cisco," Chandler wrote, noting that Arista and Cisco can still appeal in federal court.

The bad blood between the two companies stems from the fact that several Cisco executives moved to Arista after the company started, including co-founder and board chairman Andy Bechtolsheim and CEO Jayshree Ullal. Cisco claims a number of technologies that Arista uses were originally created and designed at the company and these patents still belong to Cisco.

In December, Cisco lost a significant court case when a jury found that Arista owed the company no compensation. It was at this time that the ITC ruled Arista has infringed on the two disputed patents. (See Arista Wins Big in Ongoing Cisco Court Battle.)

Ultimately, Arista is putting its faith in the US Patent and Trademark Office to end the dispute, and the company has appeals pending there.

However, Cisco is not sitting still and, as ECN editor Mitch Wagner reported last month, Cisco is working with Microsoft -- a significant Arista customer -- to bring white box flexibility to traditional networking gear, which could displace other types of switches in the data center as Redmond continues to build out its public cloud abilities. (See Cisco & Microsoft Are Collaborating: Arista Should Be Worried.)

(Editor's Note: This article was updated with a comment from Arista.) Related posts:

JohnMason 7/19/2017 | 3:12:37 PM
Re: How easy Did you see where Elon Musk wants AI development to be halted, because he feels AIs are dangerous? He doesn't know that all we have to do is make AIs watch TV to neutralize them.
Reply | Post Message | MESSAGES LIST | START A BOARD

kq4ym 7/16/2017 | 12:03:58 PM
Re: How easy Yes, how interesting it might be with AI on devices finds IP violations and immediately notified interested parties, then prepared it's own legal defense and hiring real attorney folks to appear in court, assuming AI has not taken over the court as well.
Reply | Post Message | MESSAGES LIST | START A BOARD

JohnMason 7/9/2017 | 3:01:32 AM
How easy I wonder how easy it is going to be to spot copyright and patent infringement in AI and virtual networks. The AI might have to turn itself in.
Reply | Post Message | MESSAGES LIST | START A BOARD

Joe Stanganelli 7/7/2017 | 1:35:32 PM
Re: 3 years @daniel: Cisco's claims appear especially buoyed by the accompanying copyright-infringement allegations -- which appear to demonstrate that Arista did in fact engage in extensive copying by virtue of duplicating hundreds of commands and word-for-word (and typo-for-typo) documentation of those hundreds of commands (whereas typical command redundancy between systems typically numbers between, say, 5 and 35).
Reply | Post Message | MESSAGES LIST | START A BOARD

danielcawrey 7/6/2017 | 8:50:08 PM
Re: 3 years It would seem as though Cisco has a valid argument if those executives did indeed copy Cisco's designs.

Cisco has always been pretty protective of its technology, for good reason. Even though networking is moving beyond things like routers and switches, that is still a core part of Cisco's business.
Reply | Post Message | MESSAGES LIST | START A BOARD

@Joe, well that's something. I've also done projects in which I've calculted that I ended up with less than minimum wage for all the time that went into them. But they were learning experiences.
Reply | Post Message | MESSAGES LIST | START A BOARD

> With another long appeals process ahead of it

One of the most interesting cases of my career took two administrative appeals and two judicial appeals (although I did not get involved until the initial judicial appeal) over the course of just over three years to achieve full resolution.