Apps built with IBM Watson Services for Core ML learn from user activity, getting smarter with each interaction, IBM Corp. (NYSE: IBM) said in an email statement. IBM's Visual Recognition Service, a visual recognition model, can be exported to Core ML and run on Apple Inc. (Nasdaq: AAPL) devices. And developers "can use pre-trained models or create custom models in IBM Watson and export them to Core ML to use in their apps, connecting professionals to the most critical information when they need it," IBM says. 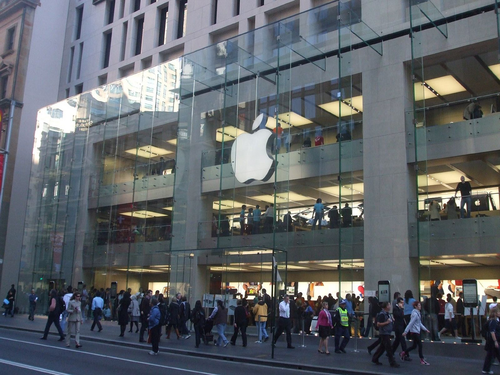 Apple Store, Sydney. Photo by John Bragg (CC BY-SA 2.0)
You're invited to attend Light Readings Big Communications Event -- the one event that delivers fresh perspective on the rapid transformation of the telecom industry and the road ahead. We'll see you May 14-16 in Austin -- communications service providers get in free!

Apple has a history of treating enterprises with benign neglect, as users brought their Apple equipment to work but Apple provided little help for IT to support those devices. Later, the iPhone emerged as an enterprise standard for mobile, and Apple has partnered with enterprise vendors to provide support.