With most of the chatter in the cloud computing market focused on the big public cloud providers, it's easy to forget that private cloud is a viable option for many larger enterprises. Now, Rackspace and Hewlett Packard Enterprise (HPE) are looking to change that.

On Monday, the two companies are planning to offer a new hosted private cloud service based on the OpenStack platform and designed for large-scale enterprises with specific application needs.

Rackspace will provide the cloud support, as well as the software and APIs to connect the platform to the business. The cloud itself will be built on HPE's Gen10 servers, and the company will also control the capacity that customers buy as they scale up. 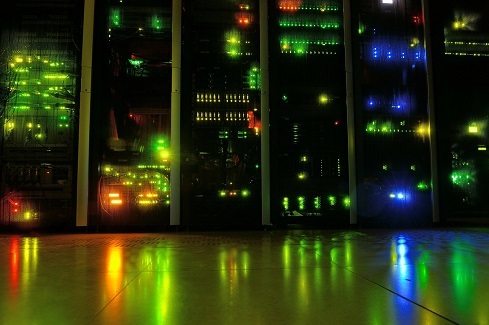 Depending on the contract, either Rackspace or HPE will be responsible for fixing or upgrading the hardware that underpins the cloud platform.

In Crenshaw's view, companies are making more strategic decisions about what cloud platform is needed for different types of apps, which is leading to a multi-cloud scenario, where private cloud is a viable option along with the big public cloud infrastructure-as-a-service (IaaS) offerings.

"Over the last 12 months, we have seen that enterprises have moved away from an ad hoc process of accessing their cloud to a much more methodical process, and looking at their application portfolio and making a strategic decision for each application and where it should run," Crenshaw told Enterprises Cloud News. "As this transition is happening, companies are starting to realize that private cloud is the best for the majority of enterprises workloads... it's not about one platform being superior to others but finding the right platform that works for your application."

The renewed interest in private cloud, Crenshaw said, is two-fold: The first is ease of migration and the second is cost. The approach that Rackspace and HPE are attempting addresses both issues since the companies are offering pay-as-go pricing and managing the workloads for customers as part of the service.

At the same time, this offering is single-tenant and customers are not sharing compute, networking or storage resources, ensuring data privacy and security.

"We think this will set a new standard when it comes to private cloud and expand the range of workloads for which private cloud is the optimal platform," Crenshaw said.

When it comes to customers, Crenshaw believes that a wide range of enterprises and not a specific vertical will be interested. In terms of applications, he noted that this type of managed private cloud service would work well with video rendering, MRI image processing, transportation, logistics and Web apps.

While Rackspace and HPE are announcing this new offering November 13, the two companies plan to officially roll this out to November 28. (Some customers are involved in proof-of-concept tests right now.) The two companies also plan to offer similar, private cloud services based on VMware's software-defined data center offerings and Microsoft Azure Stack in the first half of 2018. (See Microsoft Azure Stack, SQL Server 2017 Emphasize Hybrid Cloud.)

Rackspace and NASA first developed OpenStack as a cloud platform about seven years ago, although it has been eclipsed by the large-scale public cloud providers. Since then, Rackspace has been cutting deals with Amazon Web Services, Azure and Google Cloud Platform to offer managed services with those platforms. (See Rackspace CTO Talks Cloud, OpenStack & the Power of Small Groups.)

Why wouldn't an organization just build their own private cloud instead of paying for a packaged solution like this?
Reply | Post Message | MESSAGES LIST | START A BOARD
EDUCATIONAL RESOURCES