IBM could be losing one of its biggest and most prominent cloud customers, as Facebook is reportedly moving WhatsApp to its own data centers.

WhatsApp is used by more than 1 billion people, and currently runs on more than 700 high-end IBM SoftLayer servers, according to a CNBC report, citing an anonymous source familiar with the matter. WhatsApp is one of IBM's top-five customers for its cloud service.

Facebook acquired WhatsApp for $19 billion in 2014 and left the app running on the servers it always used, CNBC said. 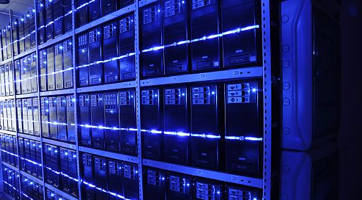 Photo by BalticServers.com [GFDL or CC BY-SA 3.0], via Wikimedia Commons

Losing WhatsApp as a customer isn't necessarily a ding on IBM Corp. (NYSE: IBM). Facebook has its own world-class cloud infrastructure, and it makes sense for Facebook to want to use its own resources.

But losing WhatsApp would take away a prime endorsement at a time when IBM is struggling to gain traction in the cloud market.

IBM's non-cloud legacy businesses are dragging the company down, even as cloud and other "strategic imperatives" grow at a brisk space. IBM quarterly revenue has fallen 20 quarters in a row up to the quarter ending March 31. Revenue was $18.2 billion, down 3% year-over-year, while strategic imperatives -- cloud, cognitive solutions including Watson, analytics, mobile and security -- was $7.2 billion, up 12%. Cloud revenue was $3.5 billion, up 33%. (See Legacy Business Still Dragging IBM Down.)