Amazon is picking up one of competitor Microsoft's marquee customers with its $13.7 billion bid to buy retailer Whole Foods.

Whole Foods is looking to software-as-a-service (SaaS) from Microsoft on its path to growing from 462 stores to 1,200 in the near future, according to a November write-up on Microsoft's website (still available as of late Friday morning). 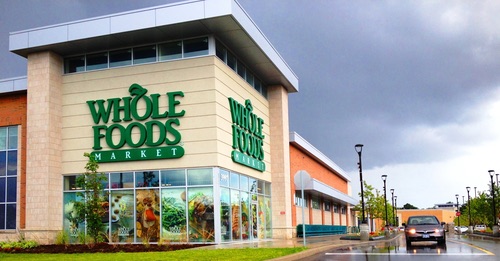 Under new ownership, Whole Foods could move to Amazon Web Services Inc. (AWS) while still keeping Active Directory; AWS provides Active Directory support. Indeed, if the transition is fast and easy, Amazon would be able to brag about it in its marketing.

As for Office 365, AWS doesn't have a competitive offering -- at least not yet. It recently launched AWS Chime to compete with Skype for Business, and AWS WorkMail launched in 2015, competing with Office 365's email. However, AWS's office offerings lack the breadth of Office 365. (See Amazon Chime Targets Skype, WebEx and Lawyers Ring Amazon's Chimes  Lawsuit Charges Trademark Ripoff.)

That could change as Amazon is reportedly working on its own productivity suite.

Amazon announced Friday it plans to acquire the supermarket chain, giving the e-tailer a big footprint in brick-and-mortar retail.

Ironically, Amazon won a patent just two weeks ago on technology to block "showrooming" -- which is when you go into a store, see a product on the shelves you like, whip out your smartphone, and do a search to see if you can get a better deal elsewhere. Amazon's getting the patent then might have been a purely defensive move -- since people often showroom themselves right into an Amazon purchase. But the patent also covers technology that would redirect the consumer to the brick-and-mortar store's own website, or allow the brick-and-mortar retailer to make a better offer, so the technology could be useful in Amazon's new Whole Foods subsidiary (assuming the deal goes through).

Keep up with the latest enterprise cloud news and insights. Sign up for the weekly Enterprise Cloud News newsletter.
Like what we have to say? Click here to sign up to our daily newsletter
COMMENTS
Newest First | Oldest First | Threaded View
Add Comment

kq4ym 6/27/2017 | 9:58:38 AM
Re: Whole Foods That might be an interesting tactic for Amazon, to pick off companies using competitive services, turning the giant into possibly a real threat to Google and Microsoft to stem their growing cloud businesses?
Reply | Post Message | MESSAGES LIST | START A BOARD

Ariella 6/22/2017 | 5:35:07 PM
Re: Whole Foods @Mitch, yes, the shoppers there are likely to be interested in higher end merchandise, particularly if it can be marketed as organic, healthier, or mor sustainable.
Reply | Post Message | MESSAGES LIST | START A BOARD

Mitch Wagner 6/22/2017 | 5:31:03 PM
Re: Whole Foods Amazon could do worse. Whole Foods has a large, loyal customer base willing to pay a premium for what they want.
Reply | Post Message | MESSAGES LIST | START A BOARD

Ariella 6/21/2017 | 10:29:13 AM
Whole Foods You know, I've never shopped at Whole Foods. Food is expensive enough even at stores no notorious for high prices. But I'm sure the Amazon has done its homework about this and the target market it would gain from the purchase.
Reply | Post Message | MESSAGES LIST | START A BOARD
EDUCATIONAL RESOURCES