Get used to the idea of Microsoft embracing open source.

If you've been around the industry for a while, you remember when Microsoft Corp. (Nasdaq: MSFT)'s then CEO Steve Ballmer said open source is "cancer." That was in 2000. Fast-forward to today, and Microsoft is a "deeply open source company," says Microsoft Azure Chief Technology Officer Mark Russinovich. (See Microsoft Joins Linux Foundation, After Calling Linux a 'Cancer'.)

"We strongly believe in the philosophy of open source. It's a community," Russinovich told Enterprise Cloud News in a short but wide-ranging one-on-one interview that also covered Microsoft's views on edge cloud computing, blockchain and more. We spoke with Russinovich in November, just after his talk at the Structure conference in San Francisco, and got an update this week. (See Microsoft's Russinovich: Avoiding Cloud Lock-In Is Risky Too.)

Microsoft uses open source in its own products, and contributes code and resources back to the community. "If we're going to take from the community and build our solutions on it, we are going to contribute back anything we do with the technology," Russinovich says.

Microsoft builds its technologies and services on open source, Russinovich says. Azure Data Lake Analytics is based on Apache Hadoop YARN, and Microsoft contributed code back to YARN. Microsoft released the .Net Core, Visual Studio Code and PowerShell to open source as well, Russinovich said. And Microsoft is a Platinum member of the Linux Foundation and the Cloud Native Computing Foundation (whose projects include Kubernetes) and a Gold member of Cloud Foundry. (See Kubernetes Advances Windows Support, Microsoft Launches Kubernetes as a Managed Service, Microsoft Doubles Down on Open Source, Analytics for Developers 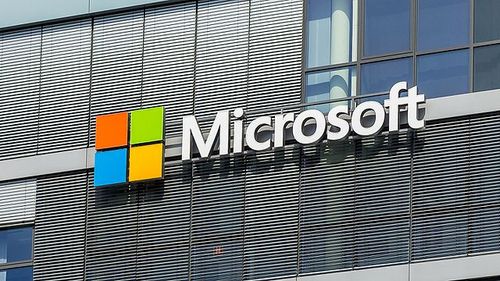 Photo © Raimond Spekking / , via Wikimedia Commons
Keep up with the latest enterprise cloud news and insights. Sign up for the weekly Enterprise Cloud News newsletter.

Why the change in attitude? Customers demand it, Russinovich says. "A lot of our customers are building on open source," he says. "There's a lot of great innovation happening in open source, and we need to make that innovation possible."

Opportunity on the edge Microsoft views edge computing as an opportunity for Azure. Businesses need to write applications that can move from the cloud to the edge and back, managed the same way using the same tools, no matter where they run.

While computing will move to the edge, there will also be even greater need for massive, centralized data centers provided by Azure, Russinovich says. "The centralized aspect of the cloud will continue to grow at an exponential rate," he says. "Edge as a platform will grow similarly. You can't have rich edge computing without a cloud behind it."

Blockchain everywhere "We see blockchain applications in every single business that we look at, every single vertical," Russinovich says.

Microsoft is seeing companies look to private blockchain to connect and keep track of interaction within departments, providing an immutable, distributed ledger of transactions, Russinovich says.

Consortiums of businesses can use blockchain to track transactions between them, eliminating the middleman and reducing the risk of fraud, he says.

And "smart contracts" -- code that runs on top of the blockchain -- provides a foundation for distributed applications.

Microsoft was a leading enterprise technology company in providing blockchain to business, second to IBM, according to a recent survey from Juniper Research. (See IBM, Microsoft Rank in Blockchain Survey.)