Oracle's aggressive sales tactics are turning off customers, setting a roadblock in the company's race to catch up with Amazon Web Services in the cloud, according to a report on The Information.

Oracle Corp. (Nasdaq: ORCL) is threatening customers of its on-premises software with potentially expensive usage audits and strongly suggesting those customers could solve their problems by moving to the cloud, The Information says. But the tactic is backfiring.

Oracle representatives had suggested the customers strike the deals to avoid expensive audits of how they were using Oracle software, according to the employee. Instead, that approach to selling cloud is irritating customers.

Oracle faces stagnating sales growth, The Information notes. A decade ago, packaged, on-premises software boosted revenue by more than 20% per year. But revenue has flattened over the past three years, as big companies shift to the public cloud, notably Amazon Web Services Inc. and Microsoft Corp. (Nasdaq: MSFT). While Oracle executives once belittled the cloud, now the company is throwing its weight behind its own public cloud service, launched in 2016. 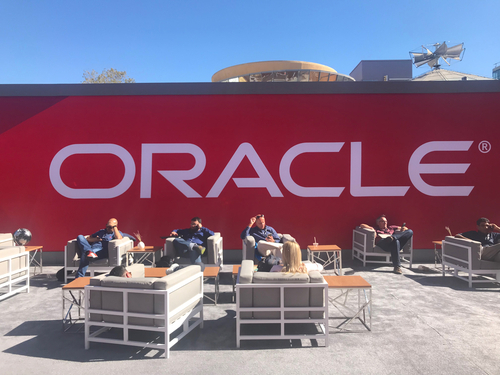 But Oracle has a long way to go to catch up. It ranked seventh in infrastructure- and platform-as-a-service (IaaS/PaaS) market share, at 3%, with $1.7 billion annualized revenue and 24% year-over-year growth, according to an April study by Jefferies & Company. By comparison, market leader AWS has 34% share, $20.5 billion revenue and is growing at a 44% annual clip, and second-ranked Microsoft Azure has 11% share, $6.3 billion annualized revenue and 98% year-over-year growth. (See Google & Alibaba Cloud Gaining Fast in Public Cloud  but AWS Still Rules.)

To boost growth, Oracle is looking to autonomous cloud -- automated cloud database and infrastructure services, which it started rolling out late last year, that the company claims eliminate the need for human operators. (See Can Automation Fix Oracle's Cloud Mojo?)

As another tactic to boost sales, Oracle is using audits and threats of audits against its own on-premises customers, The Information says.

For example, Oracle recently audited the General Services Administration, the US government agency that negotiates contracts for products and services used by other government agencies. Oracle found the GSA was using more software than it paid for, and sought $50 million.

Oracle launched what it called a "licensing review" of Mars in 2014, and the candy maker provided more than 233,000 pages of documentation to Oracle. The software vendor wasn't satisfied and threatened to terminate Mars's licensing agreement. Mars sued in 2015 and the companies settled out of court later that year, according to The Information.

Not surprisingly, the tactic has left some customers moving away from Oracle as fast as they can, The Information says.

Oracle responded to the article in an email to Light Reading: "Oracle, like virtually every other software company, conducts software audits in limited circumstances to ensure that our products are used as licensed. We pride ourselves in providing our existing 400,000 customers a variety of options to move to the cloud when they are ready. Oracle is grateful to its large and growing customers base and has no reason to resort to scare tactics to solicit business. We are disappointed that The Information is presenting inaccurate accounts regarding a handful of customers, based on anonymous sources or competitors who seek to enhance their own consulting services."

andrewkhinkle 7/2/2019 | 1:25:09 AM
Sad to hear that Yeah, these days they are taking many Wrong decisions which will hurt them a lot. Hope they get back into form soon
Reply | Post Message | MESSAGES LIST | START A BOARD

kq4ym 6/7/2018 | 7:30:58 AM
Re: The fine line While it may be putting some clients on the defensive, it's amazing that "Oracle found the GSA was using more software than it paid for, and sought $50 million," not only that there seemed to be no immediate way to determine useage without an audit, but that the amounts could be staggering in some cases. Looks like some sort of public relations is needed here to calm clients to prevent mass exodus.
Reply | Post Message | MESSAGES LIST | START A BOARD

mendyk 5/22/2018 | 3:17:50 PM
The fine line Over time, confidence often devolves into arrogance, which tends not to work so well when customers have alternatives (see IBM about a generation ago).
Reply | Post Message | MESSAGES LIST | START A BOARD
EDUCATIONAL RESOURCES