AUSTIN -- Big Communications Event -- Service providers are taking matters more into their own hands to transform their networks faster than some of their traditional vendors seem able to manage. In two separate panels here this week, service providers said they are turning to startup companies, developing things in house and using open source in new ways, all to innovate faster and with less complexity.

"Operators are increasingly taking their fate in their hands, they are not going to wait for something to be available on the market, especially now when a lot of operators are creating their own software tools," said Mirko Voltolini, head of network on demand for Colt Technology Services Group Ltd , during a keynote panel on "Why vendors won't get paid per box anymore." Today's hardware, once disaggregated from software, is also becoming available directly from new sources, he added. 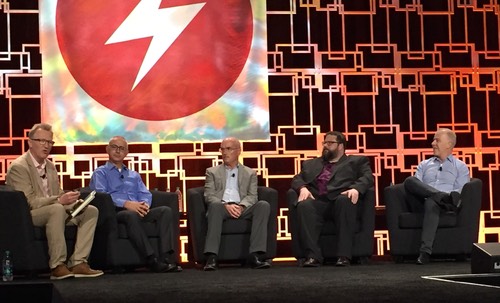 "Looking long term, we have a voice platform that we developed ourselves and the economics on that are great," Frane said. "We couldn't get vendors to deliver a similar product to us. We are continuing to look to innovate in providing services to our customers."

The lone vendor on that panel, Charlie Ashton, director of business development at Wind River Systems Inc. , said he's seen a major shift in attitudes among operators, who at one time had little interest in the software his company has traditionally licensed to telecom equipment manufacturers.

What open source adds
Network operators increasingly are also looking to other sources such as open source groups for some of what they need and aren't getting in a fast-enough timeframe from vendors. Speaking on a panel that addressed the conversion of central offices to data centers, BCE Inc. (Bell Canada) (NYSE/Toronto: BCE)'s Troy Saulnier, head of strategy and architecture network transformation, says open source represents a way for network operators to offload some of the long-term challenges of maintaining software to the bigger community.

"Telcos have been writing code for quite a while, developing their own tools and OSSs," he said. "One of the lightbulb moments lately is that when you do that stuff and move to open source, you still bear the responsibility of maintaining it, but now you share that. So the answer is not writing your own code, and keeping it secret, unless you are planning on monetizing it. If it's a commodity, you should upstream it." 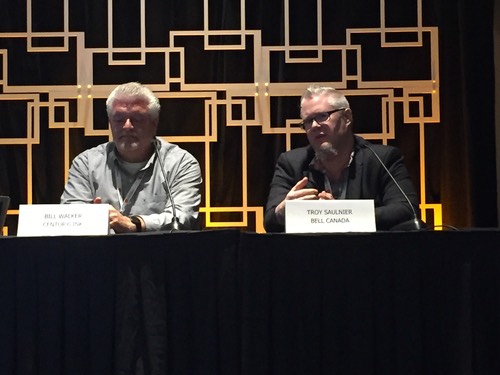 Bill Walker (left) and Troy Saulnier on a breakout panel, Converting COs to Data Centers.

Network operators can -- and should -- drive open source to address their problems, even if they don't have the financial resources to join groups as board members or the technology resources to contribute code, said Jeff Finkelstein, executive director of advanced technologies at Cox Communications Inc. , on the same panel.

"We can contribute as operators by being present in the room, you don't have to be a code jockey," he said. "Being there and keeping the process on track solving real business problems, past present and future, brings a real value, too."

Next page: Rolling your own