Almost 13 months ago, Colt Technology Services announced the launch of its US network -- a logical extension of its enterprise business in Europe and Asia that had a multinational presence in US cities. Colt, owned by Fidelity Investments, is also keen to connect the major financial hubs with its parent company's branches and customers around the world.

What's happened in the past year? More growth and expansion, as more enterprises move more workloads to the cloud, according to Colt CEO Carl Grivner. The growth in capacity and bandwidth demands from businesses in Europe, Asia and the US aren't all that different. "It's cloud adoption, it's hyper-cloud solutions, it's connectivity," Grivner told Light Reading in a recent interview. "It's the cloud adoption companies in the US with locations in [other] areas of the world that need that connectivity. Those are the big drivers for us right now. And I think that'll stay that way."

Colt's network map, which is meaningless at this resolution. Try viewing it here.

In the US, Colt's business is 100% enterprise. "The rest of the market, it's more like 65-35 [percent] enterprise versus wholesale," he said.

Providing international connectivity to enterprises is a competitive business, but the competition from global carriers trying to expand and take on more enterprise customers isn't a worry, Grivner said. Most of them are worried about defending their home turf or building out their 5G networks.

"I think the days of the large carriers -- a good example being BT -- expanding and being 'global' are pretty much over. I mean they're trying to sell their assets in Spain right now," Grivner said. "And I think that's an indicator overall, not just in the UK or Europe, but in the US as well, that there's been some heavy bets made in terms of some of their strategies and where they want to spend money on 5G networks, or whatever it happens to be. And I'm not saying that they're abandoning the enterprise market, but I don't think it's at the top of the priority list in terms of things they want to do."

Grivner said Colt sees more competition from US incumbent carriers than it does from global carriers trying to expand. "We may see [international competitors] on the wholesale side a little bit where there may be some customers, end-user customers, in Europe that are going through their local carrier, but for the most part we're not seeing that competition in the US," he explained. Grivner credits Colt's investment in its customer experience and software-based networking as a reason that foreign telcos aren't a big threat on North American soil.

In Europe, Colt sees 5G rollouts as an opportunity. "Our stance on that is that we're obviously not going to get into the spectrum piece, but we certainly want to use, or leverage our fiber networks for 5G enablement," he said. "Our role, again, very specifically focused, is on the backhaul and maybe the fronthaul for those small cells, or master cells, in terms of connectivity," Grivner said. We think it's a great opportunity to accelerate 5G rollout, to do network sharing of the network as well."

Security, Grivner said, is an area of continued investment, but he didn't delve into specifics and offered that part of Colt's appeal is in that it doesn't pretend it has all the answers for customers on that front.

"I do not believe anyone should ever declare victory in the cybersecurity war," Grivner said. "For one, [you'd be] making yourself a target, and secondly, there's always something that you haven't thought of where somebody out there is spending 24 by 7 trying to break into a network. I think it's an endless war that will go on forever, and you've got to continue to invest in that. That's never going to change."

Grivner elaborated: "I think that from a strategic perspective, besides the network security aspect itself, we're investing in universal CPE. And Colt will have certain security packages that we'll make available to customers. But, because it's universal CPE and basically can be downloaded with whatever the customer thinks is the latest and greatest security capability, that will be I think where with start to differentiate ourselves more and more. Again, because we think the two or three things that we're using are excellent, but a customer may have a different perspective of wanting to use someone else, and universal CPE that we're rolling out will allow them to do that."

His answers to questions about keeping up with pricing pressures weren't too revealing, but, suffice to say, Grivner is confident that the US business will grow, for a while to come.

Grivner won't divulge Colt's financials, but said that a good indicator to how its business is doing in the US is to watch as it buys more capacity from others and then makes build vs. buy decisions to add more network capacity as it expands. 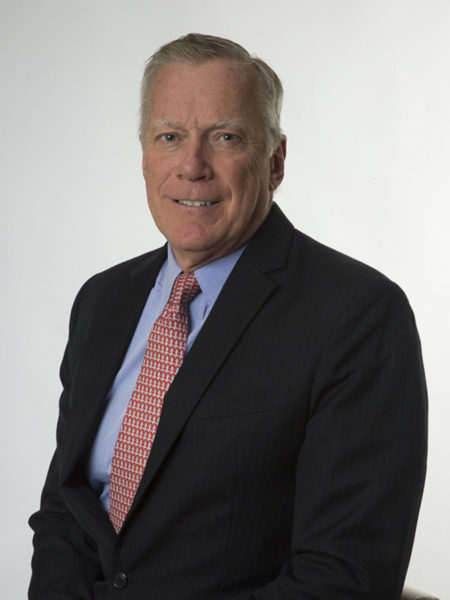 Like what we have to say? Click here to sign up to our daily newsletter
Related Stories
COMMENTS
Newest First | Oldest First | Threaded View
Add Comment
Be the first to post a comment regarding this story.
EDUCATIONAL RESOURCES
sponsor supplied content
MONETIZE THE ENTERPRISE-6 WAYS TO CAPTURE THE B2B OPPORTUNITY
THE 3 KEY DIGITAL MEDIATION CHALLENGES - AND HOW TO SOLVE THEM
APAC CSP BOOSTS EFFICIENCY OF ENTERPRISE OPERATIONS WITH CSG
Webinar: Virtualized RAN: 4G/5G Strategies, Opportunities and Pitfalls
How To Build and Operate At The Edge for CSPs
Empowering industries at the network edge (a Mobile Europe supplement)
Heavy Reading: 5G edge cloud infrastructure and security
Security in Open RAN
Educational Resources Archive
More Blogs from CxO Spotlight
Synthesis Cloud plots plan for national broadcast Internet network