Raman optical amplification technology has been around for more than a decade, but OFC 2014 found vendors in the mood to talk about how they are noodling with Raman. More important, service providers appear to be noodling with it, too.

Along with Ciena's Wavelogic Photonics and PinPoint fiber analytics capabilities, the vendor's Raman amplification recently helped Comcast achieve 1 Tbit/s performance over 1,000 km "That was over average fiber, not anything special, just what's already in the ground," says Mike Adams, vice president of product and technical marketing at Ciena.

However, if there is a master chef of Raman noodling, it might be Xtera Communications Inc. (Nasdaq: XCOM), which earned patents for the technology back in 2002. At OFC 2014, Raman was key to Xtera's demonstration of unrepeatered 100G over a distance of 500 km. The vendor also touted a trial late last year in which Verizon used the technology, and also is celebrating the 10-year anniversary of its first commercial deployment of its Wise Raman offering (See Xtera to Demo Unrepeatered 100G at OFC, Xtera Gets Raman Patents.)

Wise Raman? Smart Raman? If it's so brilliant, why has it taken so long to make it to center stage?

In reality, Raman technology has been a topic interest and debate in the optical sector for many years. As the industry has continually upped its performance and distance ambitions for both long-haul and metro optical transmission, Raman has been seen by some as a more powerful alternative to erbium-doped fiber amplifiers, although also as a compliment to EDFAs in so-called hybrid amplifiers. However, Raman amps were very expensive in the early going, and have been widely perceived as having operational challenges, such as being difficult to install. In any case, the early market excitement about Raman amps stalled during the first half of the last decade, along with the broader market for optical amplifiers and components. (See Raman Amps: Key to Optical Future and Report: Slow Ramp for Optical Amps.)

"Raman has traditionally had a bad name in the industry," Adams says. "It's much simpler now to use this capability, and because we can collect more information from the fiber, we can do more analytics. You go longer at 16 QAM, because now you know where you might have problems on the fiber." 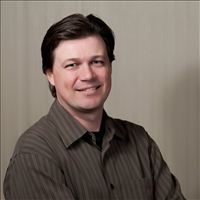 Bo Gowan 3/17/2014 | 5:22:33 PM
Re: Who and How Much? Nice article, not often Raman gets a turn in the spotlight. For @Daniel and others where this is a new topic, here's a related blog post I wrote that goes into the why and how of these new types of Smart Raman solutions.

Not only is Raman more important for longer spans (long haul), but also as you get to higher transport speeds like 400G where new technologies like 16QAM play havoc on possible span distances and you need to squeeze every kilometer possible out of a link.
Reply | Post Message | MESSAGES LIST | START A BOARD

danielcawrey 3/17/2014 | 1:44:16 PM
Re: Who and How Much? There's obviously a value in doing this, as adding capacity infrastructure-wise is not easy. Amplification is a market that could see a lot of growth going forward. Until now, I had never heard of Raman.

MarkC73 3/15/2014 | 9:27:50 AM
Re: Who and How Much? Agree on the how much part, but typically these things aren't used in the access, but in the backhaul where the Tier 1s are already push multiple 100G and the larger Tier 2s as well.  When going between cities/states or long distances, you'll either need amplification or regeneration or both.

Granted when you hear the name Ciena you think metro, but let's not forget they bought off the Nortel assets that included their longhaul DWDM technologies.

So you've got optical fiber, which is already very fast, 20Mpbs, 40Mbps, 80Mbps at least in my neighborhood, and who is using it?    Now you're promoting a way to make a fast (but maybe little used) thing faster?

Nipping at your heels are the wireless broadband 5G services.   After you spend all your time going around upgrading optical routers, I suddenly unleash a new algorithm that brings up my speeds to say, 500 Mpbs.  But since I don't have all these wires to manage, I reduce my prices way below yours.

Still want fiber?  Well, Google is going to give you it for free in many cities.  They are talking about making Old Fiber, 20Mpbs, available for nothing and get people to pay for their version of 1 Gpbs.    I know, that this technology is much faster, but when you're trying to eat one hamburger, you're not going to be attracted to 1000 hamburgers.