VMware's cure for the summertime blues? Shopping. VMWare is planning on its fourth acquisition this summer. This time, it's network monitoring company Veriflow.

And VMware is in talks for yet another acquisition, Pivotal Software, which commercializes Cloud Foundry open source infrastructure software. The Pivotal acquisition -- if it happens -- would be a strange one, as Dell owns a controlling stake in both VMware and Pivotal, so Pivotal would not be traveling very far from home.

On the Veriflow deal: VMware is looking to the acquisition to enhance its capabilities in the areas of network monitoring, troubleshooting and verification, according to a post on VMware's corporate blog by Ajay Singh, VMware senior vice president and general manager of the cloud management business unit, announcing the deal Wednesday. 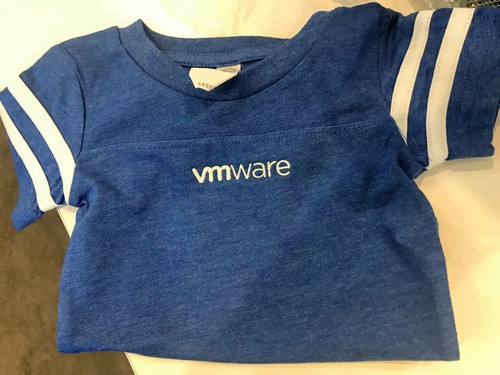 The Veriflow acquisition builds on VMware's 2018 acquisition of the EMC Service Assurance Suite for telco networks, and its more recent acquisition of Uhana for AI-driven mobile network optimization, Heavy Reading analyst James Crawshaw says in emailed comments. Veriflow uses the mathematical principle of "formal verification" commonly used in semiconductor design to ensure a system will meet objectives before starting the expensive process of fabrication. "Veriflow applies the same concept to network infrastructure configuration," he says. "Changes to a network, whether transformational (move to SDN or cloud), architectural (network segmentation, virtualization, overlays) or micro (upgrades, patches, configuration changes), can be modeled and analyzed to spot problems before the actual implementation takes place," Crawshaw says.

Veriflow has had the greatest traction in enterprise networking, rather than telco. The company is relatively small, with about 40 employees, so "it won't break the bank for VMWare and it gives [VMware] a differentiated product for network management and monitoring. I'm sure it won't be the last acquisition we see from VMWare in this space," Crawshaw says.

As for the Pivotal deal: VMWare confirmed through a statement to investors Wednesday that it's in talks to buy the software comapny. The relationship between VMware and Pivotal is already very close. Not only does Dell own a controlling interest in both VMware and Pivotal, but VMware also sells Pivotal service and already owns Pivotal stock.

Pivotal launched in 2012 as a spin-off of EMC -- which then had a controlling interest in VMware, and was itself acquired by Dell in 2016.

(Go ahead and take a minute to reread the previous two paragraphs to make sense of them. You might want to diagram it out -- make yourself one of those "crazy walls" with photos connected by string, like TV detectives use.)

Previously this summer, VMware bought Avi Networks, which makes a virtualized application delivery controller, in a deal consummated last month. Then VMware announced its intent to buy Bitfusion, which orchestrates application workloads to land on the optimum Graphic Processing Unit (GPU), either locally or across a network. And VMware announced the planned Uhana acquisition late last month. The three previous acquisitions are designed to make VMware a better partner for telcos moving their network infrastructure to the cloud and, although Veriflow is primarily aimed at enterprises, expect its technology to find its way onto telco networks as well.