Verizon's CTO said the company fully supports the open RAN trend. But he is also taking a decidedly pragmatic view of its progress, and the many challenges it faces.

"We're 100% behind the idea, and that's why we're pushing it," Verizon's Kyle Malady told Light Reading in a recent interview.

However, Malady said he doesn't view open RAN as the immediate, ultimate solution for every operator, everywhere.

"It's early days. I don't see any reason why the technology can't work, but there will be things carriers need to work out if they do adopt it," he said. "And frankly, I don't know if that whole O-RAN model will be for every carrier in the world, either. So, a lot more to go on that."

He continued: "I think there's still a heck of a lot of work to be done with O-RAN. First, there's a lot of technical work to be done. But you also know there's a lot of business model efforts that need to happen as well," he said. "What we like about O-RAN is it does give the potential for other players to come into the industry and bring along maybe new innovations and new ways to do things that are at a more rapid pace."

Added Malady: "We're not abandoning the old way of doing things. This is the way we've done things. We've been doing it for a long time. But we see the promise that O-RAN brings. So we've put resources against it." 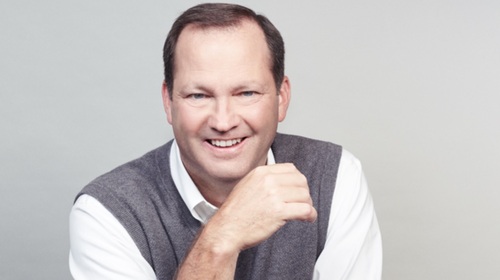 Malady said he views the open RAN trend as similar to the trend toward virtualization technology in the network core introduced roughly a decade ago. He said that trend also promised to introduce new vendors and innovations into the industry, but also brought with it implementation challenges, including new business models. He explained that the industry has largely addressed those technical and business model issues, and is now widely embracing virtualization technologies.

"So, we'll work at a pace that we think is appropriate [in open RAN]," he said. "If we don't see the benefits out of it, we'd probably change our minds. But at this point, I do see the possibility for bringing new entrepreneurs, new players into the ecosystem."

Malady's comments come a few months after T-Mobile's own networking chief, Neville Ray, outlined the challenges he sees in the open RAN trend.

"Today, I buy a solution from an Ericsson or a Nokia or a Samsung; it's warrantied. I have one neck to choke. If something goes wrong, I know where to go. In an O-RAN environment, you have to do a lot more heavy lifting as the operator," Ray said then. "O-RAN for me is interesting at this point in time, but there's a host of unanswered questions around IP [intellectual property], around R&D, around system integration."

But T-Mobile has also made some tentative steps toward open RAN technologies. The company is a member of the O-RAN Alliance that is attempting to develop some common technology around a technology that promises to separate hardware from software in the 5G network. Doing so, according to proponents, will allow operators to assemble networks supplied by a variety of vendors, leading to lower costs and more flexibility.

At least, that's the promise of the technology. Like Verizon's Malady, a number of major players in the space have voiced support for open RAN while at the same time pointing out that it faces serious challenges in security, IP and other areas.

"So, it'll be a little while" before open RAN is ready for major commercial deployments, Verizon's Malady said recently. "But we're going to keep our shoulder on it."