The 3GPP is the mobile industry's preferred venue for pooling expertise and resolving disputes. Hardly any company with an interest in mobile technology is not a member, and its contributors agree to license their patents on fair, reasonable and non-discriminatory (FRAND) terms. Without those circumstances, the industry would surely have witnessed a surfeit of outrageous demands and ensuing court battles.

But what happens when mobile technologies are being developed by a club with fewer members? Established nearly three years ago, the O-RAN Alliance is working on new specifications that promise greater interoperability between vendors than their 3GPP equivalents do. It has adopted the same FRAND system as the 3GPP, but its membership list is not as long. The most notable absentee is China's Huawei, the world's biggest supplier of network products.

Concern has now emerged that the O-RAN Alliance risks trespassing on intellectual property (IP) owned by non-members. The danger exists because the roots of the O-RAN specifications could lie with companies that have not signed up to its FRAND commitments. One organization that did not want its identity disclosed said there was evidence patents had previously been infringed. 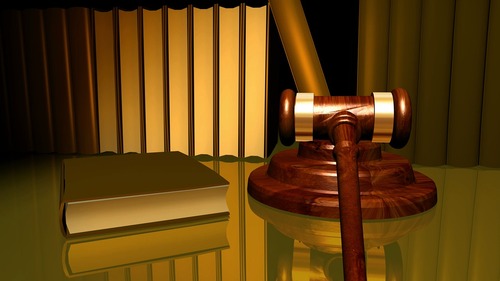 Open RAN may come with the risk of litigation.

Huawei's status as a non-member of the O-RAN Alliance and major force in mobile is understood to be a specific concern. The suggestion is that it might try using its patents muscle to flatten O-RAN Alliance activities, which pose a threat to its business. With its interoperability promise, open RAN should allow operators to mix and match vendors, replacing customized gear with general-purpose equipment. That is anathema to Huawei's "vertical integration strategy," said one source who requested anonymity.

Within the O-RAN Alliance, there is already acknowledgment that a new fronthaul specification  designed to open up the interface between radio units and signal processing  is based at least partly on the specifications for CPRI and eCPRI, the fronthaul technologies in widespread use today. The patents for those technologies are owned by Ericsson, NEC, Nokia and Huawei.

The Chinese vendor declined to comment when asked if it has seen any infringement of its patents by the O-RAN Alliance. But there have been no signs of any recent Huawei interest in joining the club, says John Baker, a senior vice president at US vendor Mavenir, which has been heavily involved with the O-RAN Alliance since its foundation. "They [Huawei] have been very quiet over the last few months," he says. Given Huawei's battle with the departing US administration, open RAN is unlikely to have been a top priority.

Far from being confined to the equipment vendors, any lawsuit over open RAN could ensnare operators deploying the technology. This would not be new  earlier this year, Huawei sued Verizon for alleged infringement of various technology patents  but open RAN might heighten the risk. "It is not going to surprise me if at some point in time someone is going to raise an IP issue on it," says Baker.

At least one big service provider has publicly voiced some worry about the licensing of open RAN technology. Speaking at an investor conference in November, Neville Ray, the president of technology at T-Mobile US, said there were "unanswered questions around IP." Light Reading requested elaboration from spokespeople at T-Mobile US but did not receive any response.

Nevertheless, the imbalance that exists between new open RAN licensees and the powerbrokers of mobile is another potential worry. Most patents for mainstream mobile technologies are controlled by a handful of big companies, the majority of which also sell phones or network equipment. That equivalence has facilitated cross-licensing deals that do not involve substantial payments. Those are unlikely to be as straightforward in an open RAN world.

"If I were Huawei or Nokia or Ericsson, which own a lot of patents in telecom, I would not provide access to these patents to small O-RAN technology companies for free," says John Strand, the CEO of Strand Consult, an advisory group. "Some of the small players in open RAN have a naïve view about the conditions under which they can get access to other companies' intellectual property."

But others say the risks are small. For one thing, the O-RAN Alliance now includes most of the world's big service providers and technology vendors, Huawei being an exception. Ericsson, Intel, NEC, Nokia, Qualcomm and Samsung are all members, minimizing the threat of a licensing dispute. Any attempt by Huawei to thwart O-RAN Alliance activities would meet with an operator backlash and leave the Chinese company isolated within the 3GPP, said one source.

The O-RAN Alliance might also be covered by the 3GPP's FRAND protections in cases where it is reliant on 3GPP technology. Baker says the ultimate intention is to feed the fronthaul work back into the 3GPP. "The spec came out of the 3GPP and O-RAN took that spec and built new features into it, but the main goal is that any improvements get put back into the 3GPP and that's a common understanding," he says. "This is all 3GPP-related and on FRAND terms." If this is correct, the chance an O-RAN specification infringes a patent outside the 3GPP is probably tiny.

As the O-RAN Alliance adds new members, the risks should further diminish. Just today, it welcomed AccelerComm, a small UK semiconductor firm that boasts patents relating to power consumption and latency. Huawei's membership would probably remove the main danger, although it seems improbable while the company's philosophy remains at odds with open RAN development.

It could also throw up new problems for the O-RAN Alliance. Various US stakeholders see open RAN as a way to build an ecosystem free of Chinese influence, as shown by the Open RAN Policy Coalition, a lobby group with not a single Chinese member. Inconveniently, the O-RAN Alliance has several, including China Mobile and ZTE. Introducing Huawei next to those companies might be awkward when its opponents are already worried about its power in the 3GPP.

However small the risk, licensing disputes can be a costly affair. Evidence of that came last week when Ericsson filed a patent suit against Samsung, accusing it of "violating contractual commitments to negotiate in good faith." The bust-up could reduce quarterly operating profit by up to $177 million, said Ericsson  about 17% of what it made in the recent third quarter. Ericsson's share price dropped 4% on the day of its announcement.