As workloads move to the cloud, virtualized functions offer new possibilities for large enterprises and network operators but also give them new operational headaches. To help ease that pain, Google Cloud has launched a "Network Intelligence Center" to provide visibility and control for cloud-based virtual networks.

"Cloud visibility has been a black box so far," Shailesh Shukla, Google Cloud VP of products, tells Light Reading. Microservices, containers, and their connections are fast-moving and dynamic, turned up and down at a rate of thousands per second. "It becomes very complex, very fast," he said.

Network Intelligence Center, launched last week, is designed to provide visibility into how workloads and microservices communicate with each other globally in multicloud environments. It provides monitoring, verification and optimization across the cloud and on-premises data centers, Shukla wrote in a blog post.

Hybrid and multicloud strategies require "intelligent and continuous network operations -- the promise that the network is doing what it needs to do, in line with business intent," Shukla writes. "For example, if you have global operations, you may want to ensure that users in a specific geographical region are being served out of the nearest datacenter at all times."

And while Network Intelligence Center is designed to meet the needs of enterprise users, it's equally as relevant for the communications service providers that provide managed services to enterprises and need to manage multicloud, hybrid networking environments in order to meet their service level agreements (SLAs). 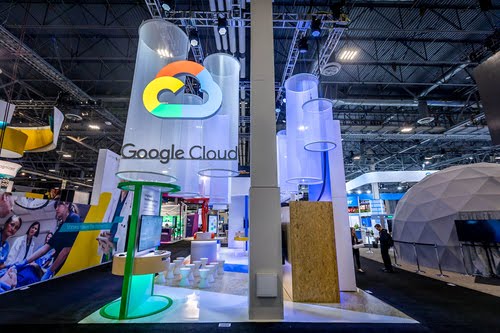 Now entering its sixth year, the 2020 Vision Executive Summit is an exclusive meeting of global service provider executives focused on navigating the disruptive forces at work in telecom today. Join us in Vienna on December 3-5 to meet with fellow senior communications executives as we define the future of next-gen communications and how to make it profitable.

Google's new Network Intelligence Center provides four modules: Connectivity Tests and Network Topology, both in beta; and Performance Dashboard and Firewall Metrics & Insights, both in alpha, with other modules to follow.

The Network Topology module lets operators visualize global Google Cloud Platform networks and their interaction with the public Internet, along with performance metrics.

And Performance Dashboard and Firewall Metrics & Insights provide insights into network performance and firewall activity, as the names say.

For operators in multicloud environments -- using Amazon, Google Salesforce and so forth -- Google provides APIs and tools to link to the Network Intelligence Center, and take advantage of machine learning and artificial intelligence to improve overall performance, Shukla says.

Why this matters
"I would expect that most if not all [Google Cloud Platform] customers will welcome this solution," Bob Laliberte, ESG senior analyst, tells Light Reading. "Even though it is still early days, with two modules in beta and two in alpha, the vision is a powerful one and each module will add incremental value."

Nearly half of organizations report running production applications in the public cloud, creating a requirement to quickly identify and isolate problems to fix them fast, manually today and with automated AI/ML driven systems in the future. "The ability to run connectivity tests is a good start to helping solve configuration issues before they impact production," the analyst says.

For telcos and other service providers, Google's Network Intelligence Center could enhance abilities to provide network visibility as part of the service they provide to enterprises, Laliberte says.

The Google tools will also put service providers on their best behavior, enabling enterprises to better identify problems and switch to more reliable links. "Service provider links have traditionally always been blind spots, but by monitoring both ends, users will be able to ID problems quickly and hold services providers accountable for agreed upon SLAs," Laliberte says.

Moreover, service providers will find Network Intelligence Center valuable for moving their internal operations, sales, and other IT systems to the cloud.