Sling TV has become the latest in a string of virtual multichannel video programming distributors (vMVPDs) to fall prey to rising programming costs, announcing Wednesday that it is raising prices for new customers.

The Dish-owned streaming service has raised the price on each of its two primary packages  Sling Orange and Sling Blue  to $35 per month, an increase of $5 per month. Customers can bundle them together for $50 per month  $5 more than the prior price. 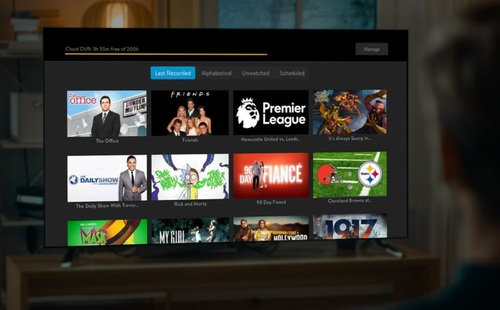 To help soften the blow of the price increase for new subs, Sling TV has expanded the amount of cloud DVR storage offered for no added cost with its primary Blue and Orange packages as well as its premium-level DVR Plus service.

Sling TV is also raising prices for new Orange and Blue customers who take its various add-on packages (including Sports Extra, Comedy Extra, Kids Extra and News Extra) by an additional $1 per month. New customers who want Sling TV's "Total TV Deal," which includes all of Sling TV's add-on packages and its premium-level DVR Plus service, will also pay more under the revised pricing model.

The price increases for new subscribers follows a bounce-back quarter for Sling TV, which added 203,000 new customers in Q3 2020, extending its total to 2.46 million. Dish has not announced a reporting date for Q4 2020 results.

"Unfortunately, we are forced to raise prices because the television networks keep charging us more, but we fight hard to get the best deal for our customers," Michael Schwimmer, group president of Sling TV, said in a release.

"As disheartening as it is to us and our new customers, pricing disputes between pay-TV services and programmers are becoming ever more common. These disputes hinge on one simple factor – increased programming fees," Schwimmer added in a blog post about the price hikes.

Sling TV is just the latest vMVPD to raise prices, though its new round of increases is not at the level as some of its pay-TV streaming competitors. YouTube TV, Hulu and fuboTV have also raised rates in recent months to keep margins in check amid rising programming costs after adding new channels and expanding packages.

Sling TV is trying to soften the blow a bit by adding value to the service.

Sling TV is expanding free cloud DVR storage to 50 hours (up from ten hours) on Sling Blue and Sling Orange, and expanding storage for the DVR Plus upgrade to 200 hours (up from a previous 50 hours) while keeping the price of DVR Plus at an additional $5 per month.

On the programming side, Sling Orange and Blue customers are getting a free preview of the service's "4 Extras Deal" through February 15. That bundling deal provides access to the Kids Extra, News Extra, Lifestyle Extra and Comedy Extra add-on packages for $12 per month together, a 50% discount off the cost if each add-on package was bought separately.