Dish Network's Q2 pay-TV results weren't great, but they weren't terrible, either, as satellite TV sub losses came in well below expectations. In today's topsy-turvy pay-TV market, that's maybe not chalked up as a win, but it's also not a complete loss.

Thanks to Dish's fixation on rural markets and churn reduction by focusing on its most valuable customers, Dish lost only 40,000 satellite TV subs in Q2, well below an expected loss of 182,000. That base is still shrinking, but a 5% to 6% decline "is manageable," especially when put alongside the atrocious 18% rate of sub loss occurring at AT&T-owned DirecTV, Craig Moffett, analyst with MoffettNathanson, noted in a report (registration required). 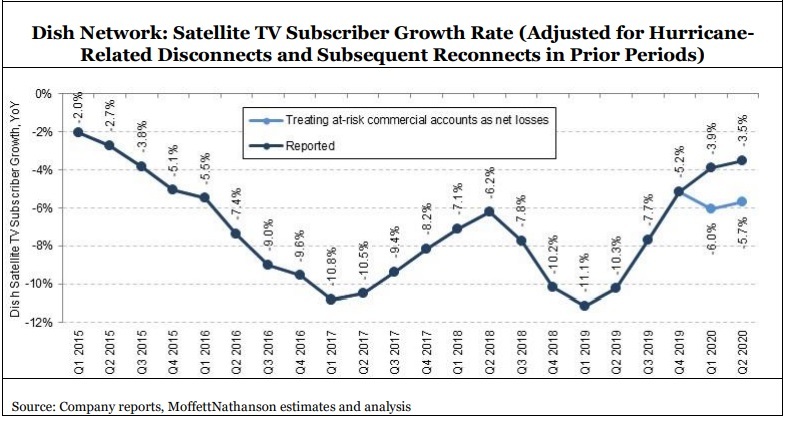 "Dish's focus on rural customers is working. The performance gap between Dish and DirecTV is breathtaking," Moffett noted.

"Whether Sling matters is still a worthwhile debate," Moffett wrote. "Sling TV was never going to be a profitable alternative to satellite TV. Even with its January [$5] price increases, it is almost certainly losing money."

But Sling TV isn't standing still as it continues to seek out new ways to generate subs that are steering clear of large pay-TV packages.

In addition to a recent integration on Comcast's Flex platform for broadband-only customers, Sling TV just added a feature to its guide for 2020 LG-made connected TV models (running webOS 5.0) that integrates free, local over-the-air (OTA) TV channels. That essentially gives Sling TV a way to complement its streaming lineup with local broadcast TV without saddling subscriptions with pricey retransmission fees. Sling TV has attempted a similar feat with its integration with AirTV, an Android TV platform from Dish that supports and integrates both OTT and OTA video sources. 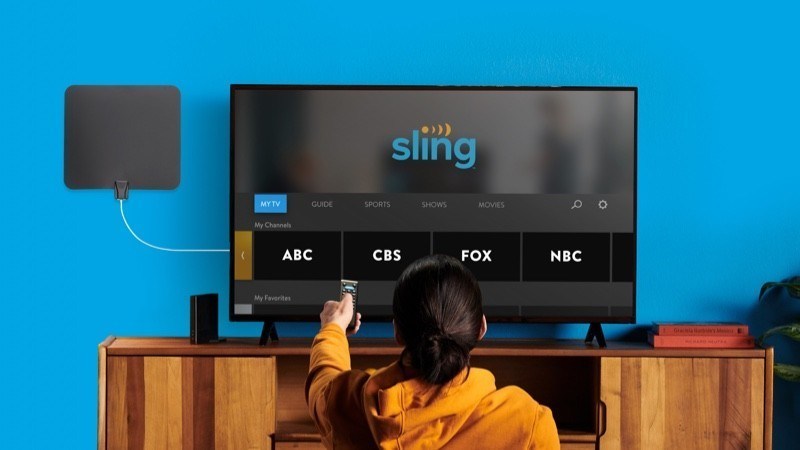 With satellite and OTT taken together, Dish's overall pay-TV net adds sunk to 96,000, versus a loss of 31,000 combined a year ago. But Dish's ability to retain satellite TV subs even as low-margin Sling TV subs leave has actually resulted in a higher blended ARPU of $92.17, up 6.8% year-on-year.

That, Moffett points out, helped Dish to keep Q2 revenues relatively flat, at $3.2 billion, and continue to stoke a cash engine that will help to power Dish's wireless/mobile initiatives. (Light Reading will have an update on Dish's mobile efforts after today's earnings call.)

Can Dish's rural advantage last?
Though Dish's growing rural core has insulated its satellite TV business in areas where access to competitive cable TV or decent broadband is weak or nonexistent, that advantage, at least when it comes to broadband and access to OTT-based video alternatives, could be fleeting, Moffett reckons.

"[R]ural America is likely to get a whole lot smaller," the analyst notes. "It's very likely that the next Congress will pass a huge infrastructure bill to stimulate the post-COVID recovery, and rural broadband would be a large part of it."

But the irony, he says, is that massive infrastructure initiative that benefits access to broadband in rural areas might improve the chances of a long-rumored Dish/DirecTV merger passing regulatory muster.